The family-run activewear store expands south of the river. 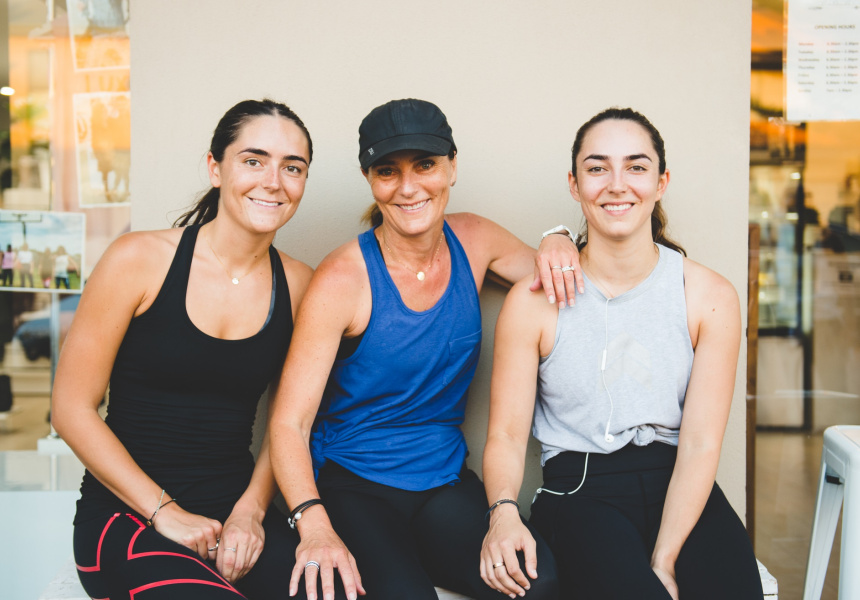 The rise of sports-inspired athleisure and performance gear, it would seem, is a fashion trend that shows little sign of slowing down. At least as far as Jenny and daughters Madi and Cassie Sharpless, the owners of Perth activewear store HyperLuxe, are concerned.

Three years after the first HyperLuxe opened in North Beach, HyperLuxe Applecross welcomed customers in July. The store is the family’s third, following the opening of its second in Dunsborough in September 2016.

The tight-knit family have been hands-on with their business from day one (with the support of husband/father Greg Sharpless) and never anticipated HyperLuxe would expand into three stores.

“We were always into fitness, but maybe not so much the fashion side of fitness,” says Cassie. “But then once fashion become so big we thought we should combine them.”

Although the decision to open in North Beach was largely a matter of convenience (the family lives in the area), the expansions were a little more strategic. Opening down south was about seizing an opportunity (Jenny: “We felt there was a void in the Dunsborough area. Like [in] North Beach, there was no fully designated activewear store.”), while the Applecross store was about having “a presence on both sides of the river,” says Jenny. “We had people coming to the North Beach store who were driving all the way from Coogee and they kept asking when we were going to open south.”

The stores stock the same men's and women’s high-performance and leisure wear brands, including Lilybod, Pilot Athletic and P.E Nation. It’s not just the clothes and styles that are changing – P.E Nation, for instance, has just launched a new menswear range exclusive to HyperLuxe in WA – but people’s attitudes to athleisure, too.

The family don’t just service the local fitness community, but are actively involved in it.

The Sharplesses test stock and are regulars at Perth fitness events (on Thursday mornings they even host a training group for the HBF Run for a Reason).

“We do everything together,” says Cassie. “We go to the gym in the morning together, coffee together, work together and are home for dinner together.”

The trio share their time between all three stores including making frequent trips down south to update the Dunsborough store.

“The best thing for me is to see how people have accepted the Sharpless family,” says Jenny. “We’re a tiny, down-to-earth family from North Beach and people have taken to HyperLuxe. We always just thought we would work really hard and give good service, and just see where it goes.” 10 of the Best Picnic Spots Around Perth