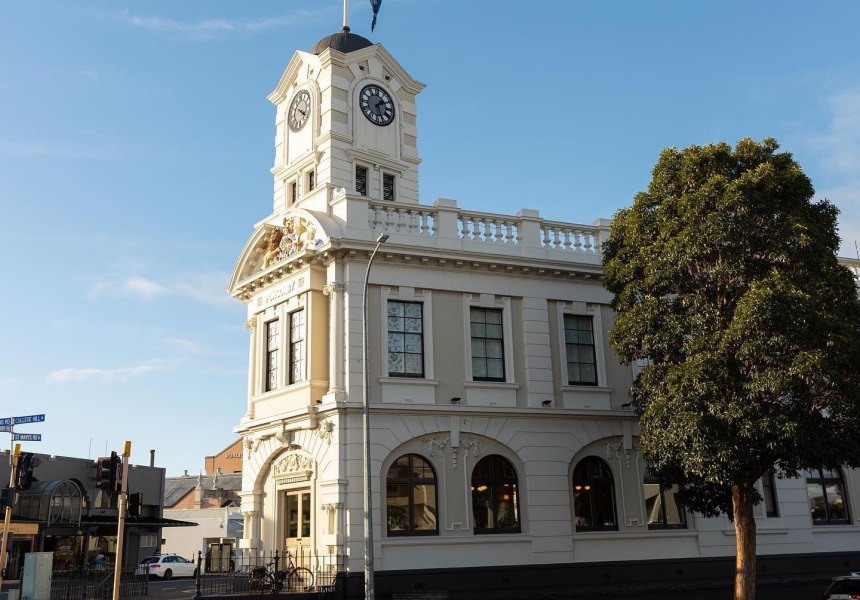 When restaurateur Hugo Baird opened Hotel Ponsonby in late 2020, he took over an iconic Auckland building and imbued it with the spirit of the gastropubs he loved in Australia and the UK. It’s proved popular.

Walk through the front door of what was originally the grand Ponsonby Post Office and be greeted by the wooden bar with its immense rear shelving. Hotel Ponsonby’s proportions are impressive, with very high ceilings and spacious rooms, but it avoids feeling cold or cavernous thanks to plenty of wood, dark-green panelling and chestnut leather throughout.

The outdoor courtyard is a walled suntrap, mostly shielded from the street, and fireplaces both here and indoors roar in the colder months.

Hotel Ponsonby has the feeling of a pub, but its food and drink are more refined than that might suggest. Tap beers are mostly from independent New Zealand breweries such as Hallertau and Parrotdog – and there’s plenty to drink here that isn’t a pint.

Popular cocktails include the Enzoni (gin, Campari, lemon and grape) and the coconut margarita made with cream of coconut and coconut water along with tequila and lime.

There is a further selection of shareable dishes, plus mains that would be more commonly eaten by oneself – roast Cambridge duck breast, for example, served with beetroot and bread sauce. 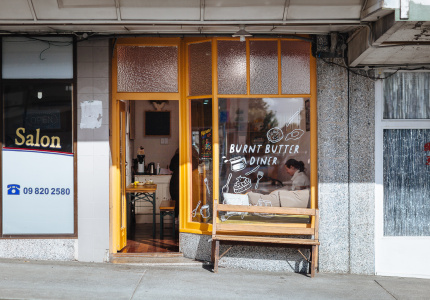 From a Local Duo, Burnt Butter Diner Is a Cosy New Avondale Cafe With House-Made Crumpets and Thrifted Crockery