Tired of the caffeine jitters, Arepa founder Angus Brown turned to science and nature to try to find a better solution to keep his mind healthy and alert. In partnership with Made With Care New Zealand, we speak to him about the innovative result that uses local ingredients. 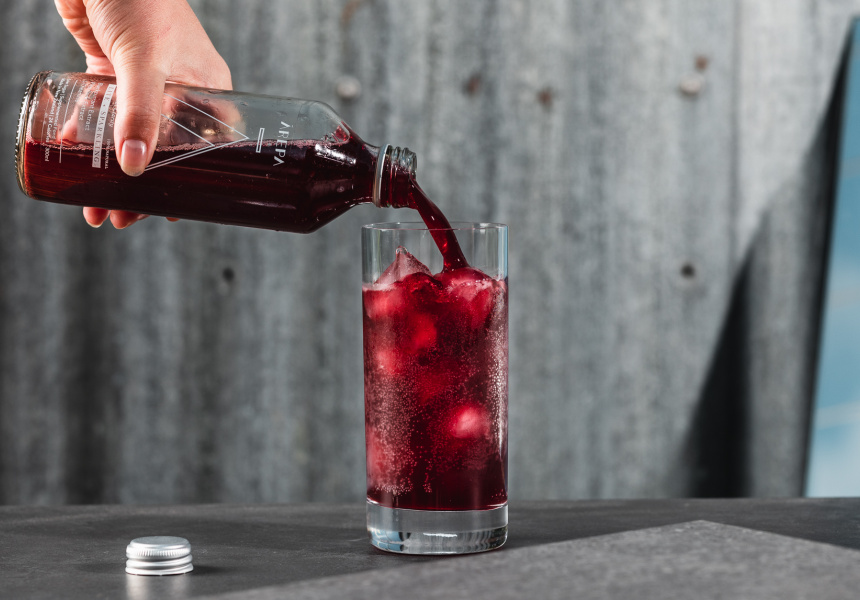 Brown is the founder of Arepa, a New Zealand-based startup best known for its eponymous performance-enhancing drink, though it also produces capsules and powders derived from similar ingredients. They fall under the emerging category of “nootropics”, or supplements and substances that claim to improve cognitive function. But where Brown’s approach stands out is the innovative use of plant-based ingredients native to New Zealand. But the goal isn’t just to make a tasty drink. In Brown’s words, it’s: “to make brains work better”.

Arepa is Brown’s response to something he observed as he moved from his teens into his early twenties – increased mental-health issues, and people actively looking for ways to improve their mental clarity. At university, he saw first-hand the result of the mounting stress that strung-out students were experiencing. Around the same time he began his first job – selling energy drinks.

“I absolutely hated it,” says Brown. But he did begin thinking about the connections between the impact of diet and stress on the brain, and how people often reached for caffeine-based solutions. He wondered if it might actually be worsening their problems in the long run.

“Caffeine is really good at keeping you awake at night and kind of alert,” he says. “But that doesn’t actually do anything for your focus. And then further, it actually exacerbates stress. You know what it’s like if you’re hungover or you’re stressed and anxious, and you bang two coffees and then you do public speaking? You’re nervous as hell and all over the show.”

He says he saw the rise of energy drinks and the market of people consuming caffeine and it gave him an idea. “I just started thinking, ‘Why can’t we do something that’s actually good for your brain?’,” he says. “Why can’t we design a smart drink that can tick all the boxes that people want, but be natural and good for you in the long-term?”

So he founded Arepa, which he describes as “a brain-food technology company”. Brown’s aims are ambitious – he doesn’t just want to improve mental performance, he also wants to explore the potential for neuroprotection and see if diet can be used to impact conditions such as depression or Parkinson’s disease.

Arepa does clinical studies, working with its chief science officer Professor Andrew Scholey, who’s also the director of the Centre for Human Psychopharmacology at Melbourne’s Swinburne University. “He’s one of the world’s top neuroscientists in the space of … botanicals and the attributes on the brain,” says Brown.

Arepa’s formula draws heavily on its local roots: the two key ingredients – New Zealand pine-bark extract and neuroberry (produced by a breed of blackcurrant). Each are unique to the Land of the Long White Cloud. After three years in operation, Arepa is still going strong on its research and starting to expand internationally. “We’re not this niche … product for students [before] exams,” says Brown. “We want to make it for people of all shapes and sizes. Everyone has a brain and everyone wants the brain to work better in some way, shape or form.”

You can buy Arepa in Australia online here. Auckland’s Elegant New Japanese Restaurant, Waku Waku, Has Been 20 Years in the Making Sid at the French Cafe