Produced by Broadsheet in partnership with Wellington NZ.

A Guide to Dining Out in Wellington

From traditional, home-cooked Burmese to local seafood to classic French bistro, there’s enough here to keep even the fussiest foodie happy. In partnership with Wellington NZ, here’s our guide to dining out in the capital. 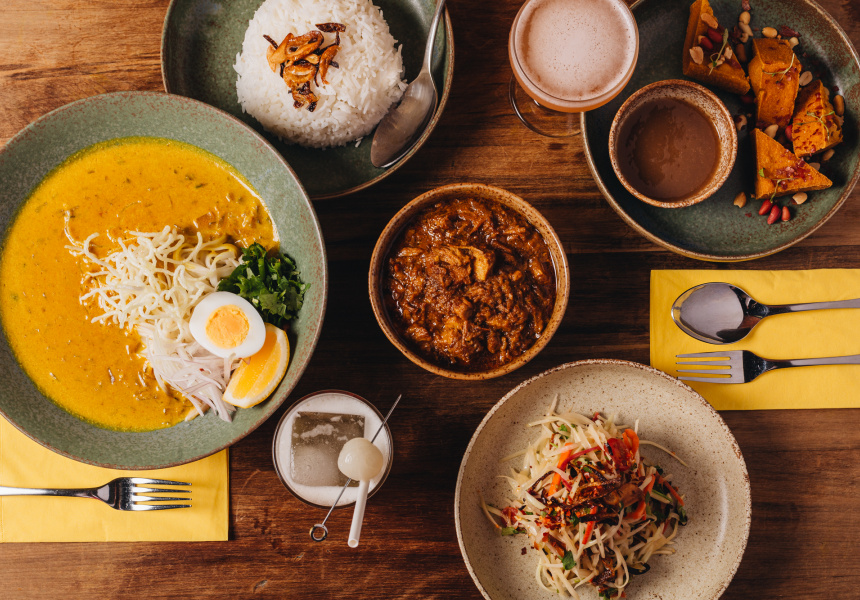 New Zealand’s capital city has always been well-known for its cafe culture – it’s still a great place to get coffee, but the gastronomical remit has expanded considerably in recent years.

You’ll find a lot of range in Wellington’s fine dining restaurants, casual restaurants and tiny bistros, all within easy walking distance in the compact CBD. Here are a few of our picks.

Mabel’s
Mabel’s is a new Burmese restaurant in Tory Street, just a short stroll from the nightlife hub of Courtenay Place. It’s named after owner Marlar Boon’s grandmother Mabel, who opened New Zealand’s first Burmese restaurant – called Monsoon – in 1978. Mabel died when Boon was young, but her legacy (and recipes) lives on.

Curries and noodle dishes dominate the main courses, accompanied by fresh salads such as laphet thoke, a pickled tea-leaf salad and one of their signature dishes. Mohinga is a rice noodle and fish soup said to be the national dish of Myanmar (Mabel’s version includes a value-adding deep-fried onion fritter). For a traditional vegetarian plate, try the tohu kyaw, a tofu fritter made from ground chickpeas. If you’re dining in a group, share plates are the way to go to get a full appreciation of the umami-heavy Burmese flavours.

Ortega Fish Shack
Ortega is a Wellington institution known for high-end dining. The nautically themed fit-out and casual seaside-shack vibe is paired with utterly delish food, impeccably presented. From a huge swordfish on the wall to the Egyptian floor tiles to the glass fishing floats that hang from the ceiling, there’s a lot to look at, even before you get to the menu.

Fish and kaimoana (seafood) is the order the day, but locals also rave about the steak and chips, proving the adage about getting the simple things right. Start with Pacific oysters and marinated mussels, then follow up with kingfish ceviche (fresh raw fish with herbs and a ginger dressing). For a main course there’s steamed snapper, potato gnocchi, blue moki or the aforementioned beef fillet.

The drinks list is – we kid you not – 52 pages long. If sherry’s your drop you’ve come to the right place (and if it’s not, it could be after coming here). The cocktail list is immense, ranging from a refreshing Aperol spritz to full-bodied milk punch (Rum, Sodomy & the Lash) to a rich La Noix made with spice-and-fig brandy and a walnut liqueur.

New Zealand’s best craft beers get a call up – you can’t go wrong choosing a beer by Wellington’s own Garage Project – and the wine list is truly global. If making a choice is difficult, the staff are always only too happy to help.

A Taste of Home
A Taste of Home is a hideaway bolthole in Vivian Street for extremely delicious food. Expect all your moreish street-food favourites, including dumplings, braised pork with loaded fries and Kewpie mayo, spiced tofu with shitake mushrooms, and dan dan noodles. Yo po mian is a dish of hand-pulled noodles and a house speciality you’re unlikely to find anywhere else in Wellington. If you’ve got a sweet tooth, the fried taro and kumara (sweet potato) balls made with condensed milk and peanuts are top shelf.

Students and city workers make a beeline for this place every lunchtime, hoping to nab one of the five or so seats inside. If there’s a queue, join it. Takeaway is also popular, and there’s a park right across the road.

The motto may well be “stick to the basics and do it well”. It’s far from a stagnant menu, though, with different dishes popping up depending on what’s in season. Local produce is always a big focus. French onion soup, crumbed calamari or seared black pudding set a time-honoured scene for entrees. Mains are meaty (lamb shoulder, rissoles, beef fillet, pork sausages, plus the signature lunch order, a 300-gram T-bone steak) and it’s hard to go past the crème brûlée for dessert.

The artworks and decor provide a stylish modern counterpoint to the traditional food. Boulcott Street Bistro has had a no-bookings policy from day one, so you’ll have to rock up and try your luck.

Atlas
When the much-loved seafood restaurant Whitebait closed four years ago, it left a gap on Wellington’s waterfront. But the team behind Whitebait moved fast, establishing Atlas as a fine-dining (and one-hatted) wine bar just months later, led by executive chef James Pask.

Sample international dishes from a diverse degustation menu, including a fully vegetarian (or vegan) option. Courses vary with the seasons but might include crayfish bisque, local Albacore tuna or wild-caught venison, with corn sorbet for dessert. The emphasis is on ethically sourced, local ingredients, and much of the food is made from scratch in-house.

Plenty come here primarily for the wine and there’s no shame in that, with over 400 international and New Zealand options available, the vast majority organic or biodynamic. Green and gold furnishings will have Aussies feeling right at home. It’s a suave atmosphere, intelligently lit and with angled acoustic panels on the ceiling designed to quell the cacophony of chatter. It’s the kind of place you can really kick back into a long, leisurely night, providing your wallet is up to the task.

This article is produced by Broadsheet in partnership with Wellington NZ.

Produced by Broadsheet in partnership with Wellington NZ. Learn more about partner content on Broadsheet. 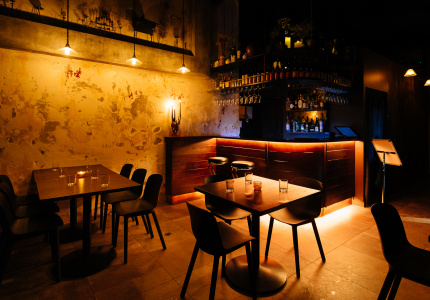 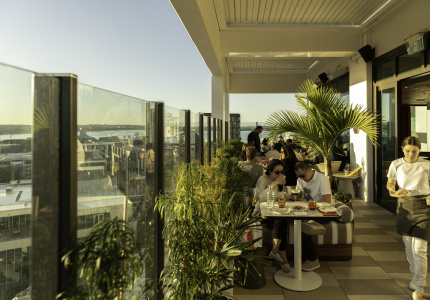 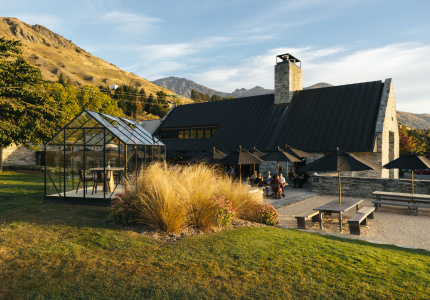 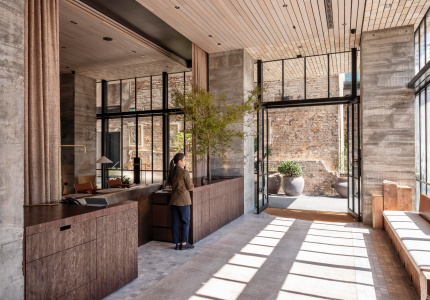