Known for his polished, locally made designs – and for winning New Zealand’s debut season of Project Runway – the Auckland-based designer invites us into his new studio to talk about his journey in fashion, and how he’s branching out with his upcoming collection. 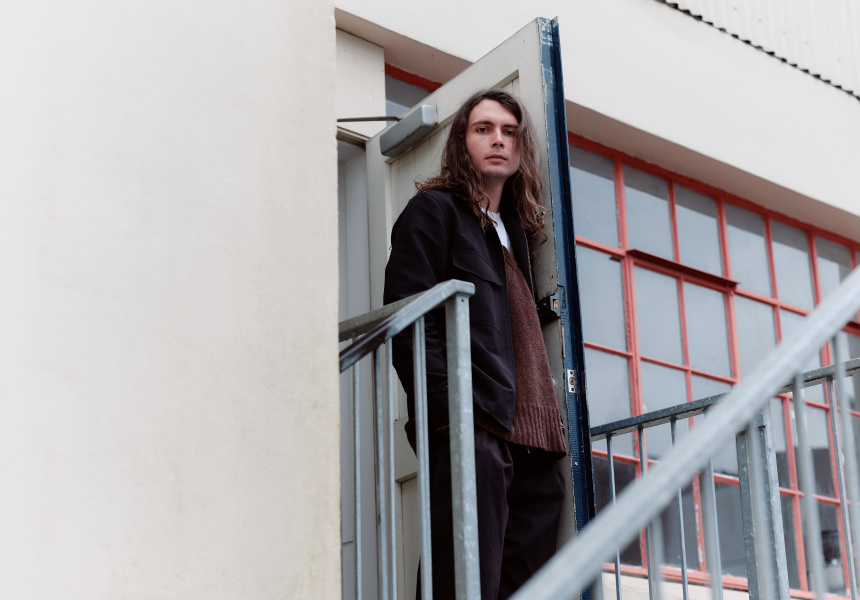 Ahead of the release of his fifth collection tomorrow, fashion designer Benjamin Alexander has moved into a new studio in the central Auckland suburb of Grey Lynn, which doubles as his home. When Broadsheet visits, Alexander is relishing his all-in-one creative and living hub, an airy, second-floor space in an old art deco building.

The studio’s vibe is one of minimalism and calm productivity, with a few shelves still to be filled. His light-filled sewing-machine nook is only a few steps from the open kitchen and living areas. “My work doesn’t stop, so having everything set up in one place takes away so much stress,” Alexander says. “I’m very much enjoying having my studio at home.”

Throughout the last two years, Alexander was busy juggling another full-time job as a costume buyer in film and television. Recent projects included the Netflix TV show Sweet Tooth, which was filmed across New Zealand during Level 3 and 2 lockdowns. Alexander says he loves being able to “shop for a living”. “I find working in non-reality – creating lives and backstories and closets for characters – so fascinating,” he says. “It's making a person come to life.”

With the film work currently on hiatus, Alexander is solely focused on continuing to build his namesake label. “We have our footing and our customer base now, which is fantastic for the business. Every season we are learning and growing.”

The label’s aesthetic evolves every season, too. While Alexander isn’t one to be pigeonholed, there’s usually a sense of sophistication and polish, largely thanks to the fabrics he gravitates towards. Silk, satin, velvet, heavyweight cotton and wool – combined with his eye for proportion and silhouette – elevate garments that are traditionally seen as casual, such as cargo trousers.

Alexander’s new collection arrives online and in select local stockists from June 24. Alongside his often-used neutrals and dark tones, there are pops of light orange and cornflower blue – a slouchy, pale blue velvet suit; a satin, off-the-shoulder orange top; and floor-sweeping skirts in both colours.

He picks his favourite piece as the Earl Top, a new style crafted from black double-bonded satin with a bias cowl neckline and statement puff-sleeves. “It might be [my] favourite thing we’ve ever made,” says Alexander. “It’s just plain black satin but it’s thick and heavy, it has an integrity to it. Every fabric that I’ve ever used has a structure or texture that I find interesting.”

For the first time, he’s introducing a small range of menswear, born from his own craving for a cardigan this winter. There’s also a knitted unisex jumper made from a blend of lambswool and cashmere.

Growing up in Massey, West Auckland, Alexander can’t remember a time when he wasn’t enamoured by clothing. “I had Barbies growing up as a kid and raided my Mum’s wardrobe. It was always going to be a path that I would follow,” he says. “When I was in high school there was an open day and Whitecliffe [College] was one of the stallholders. I was maybe 12 or 13 at the time and remember thinking ‘I’m going to drop out of school early and be a designer’, and that's how it all happened.”

It was while studying fashion design at Whitecliffe, followed by a two-year master’s degree in fashion and sustainability, that Alexander developed a deep appreciation for sustainable, ethically made clothes. He went on to win the debut season of the fashion competition show Project Runway New Zealand in 2018, which he entered on a whim after graduation. In doing so, he established himself as a capable designer with a strong vision and impeccable styling ability. Backed by the exposure and a $50,000 cash prize, Alexander launched his brand the following year, focusing on New Zealand-made, high-quality garments that don’t compromise on ethics.

Describing his business as a “friends and family kind of situation”, Alexander runs the label alongside his sister Alishia Farry, and counts stockists and customers among his friends. He advocates for a transparent supply chain that prioritises kindness and respect.

“To me, sustainability is much more than using organic cotton in a T-shirt. It’s about looking inside your business and treating everybody involved with kindness, respect and fair pay. Without the people that I work with – from our pattern maker to our stockists, customers, friends, and family – I'm nothing. No designer is.”

Alexander is also working on his next collection, number six, due in October. Since the pandemic, the designer has found new meaning in taking his time.

“I had moments where I felt really unsatisfied over the last two years during Covid, because we weren't getting to where we wanted as a business,” he says. “But with fashion or working in film, you have to be in it when it’s growing. I’m sure Covid has taught us all that there’s no denying the present. I think, as a result, my outlook on everything is much calmer now. I’m not trying to force or push anything. I’m enjoying building my brand naturally – that’s the excitement for me.”

Benjamin Alexander Collection 05 is available from June 24, online and at select local stockists. 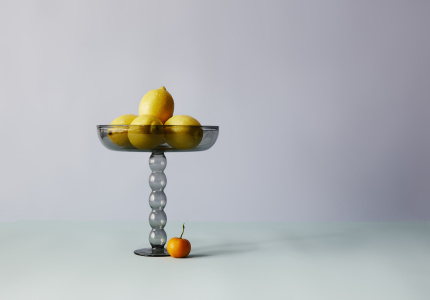 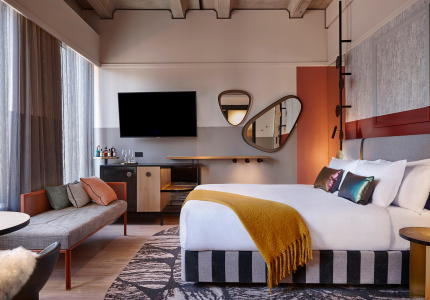