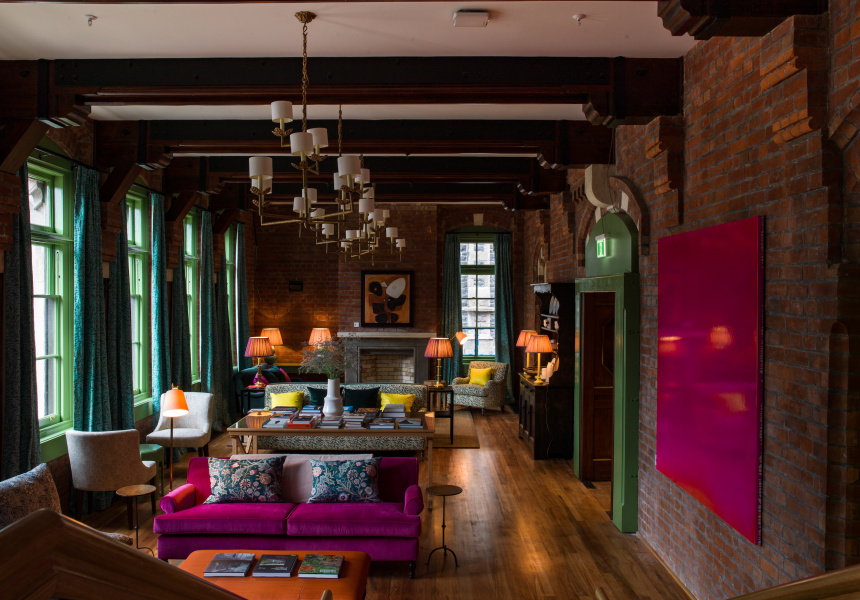 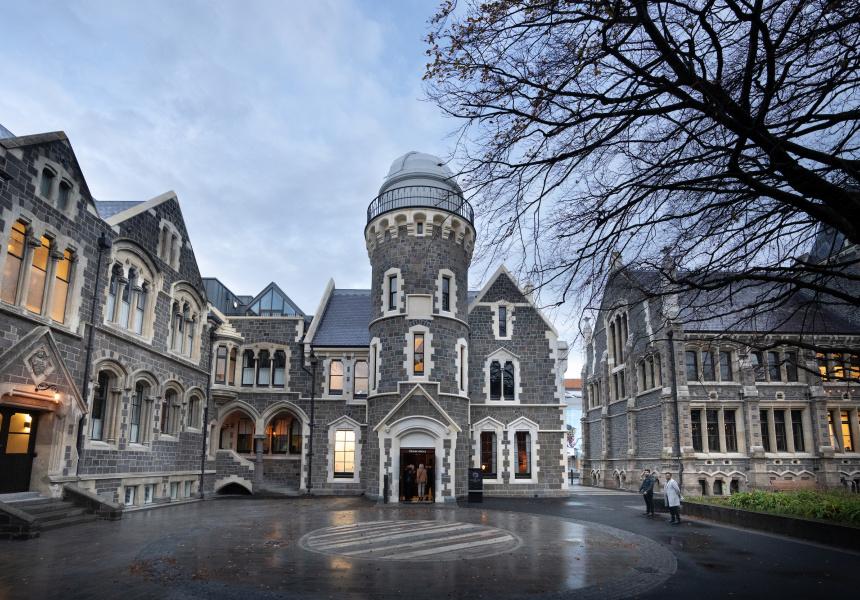 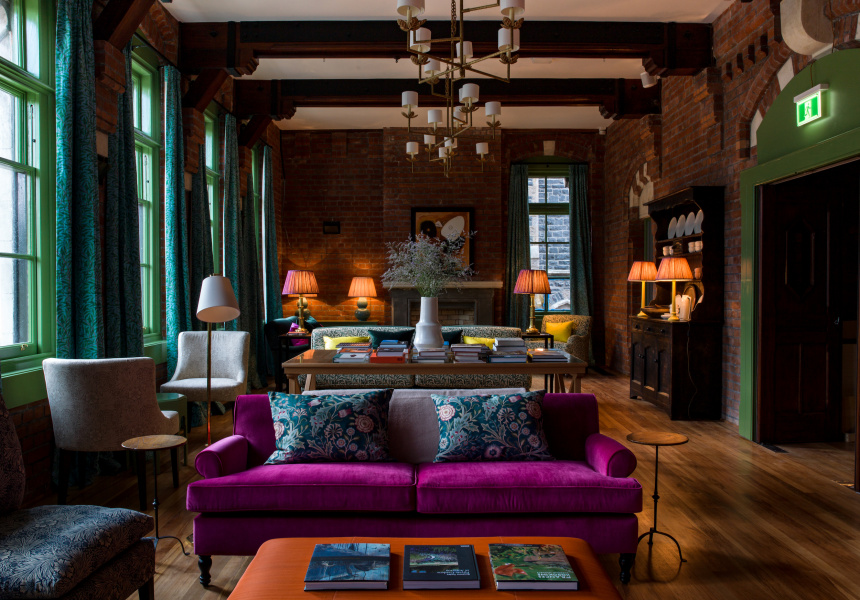 Head to Christchurch's historic Arts Centre, a collection of several Gothic-style heritage buildings containing boutiques, galleries and restaurants, and you’ll also be able to book into the Observatory Hotel. Created as part of the $290 million earthquake restoration of the centre (it was severely damaged in the 2011 Christchurch earthquakes), the hotel spans three separate buildings. They once housed the University of Canterbury’s physics and biology departments, and its observatory – hence the hotel’s name.

As the original brief given to Close was to make the hotel feel like a large home, no two rooms are the same – allowing each space its own personality. Whether you’re staying in the premium Malachite Room – located in the large attic with a high, pitched roof – or one of the more standard yet still visually striking bookings, amenities include complimentary breakfast, plush bathrobes, Bluetooth speakers and smart TVs.

The bathrooms are modern and well-appointed, most with marble-walled showers and the Malachite Room with a roll-top bath.

As a guest, you also have access to several common spaces. From the moment you arrive, check-in is carried out in the lavish drawing room, and there’s also a library, gym and fitness centre, plus meeting room facilities.

Its central location is also a plus – take a stroll in the botanic gardens that are metres away, or to the city’s ever-growing selection of food and drink options. 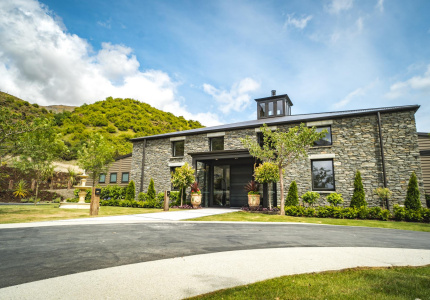 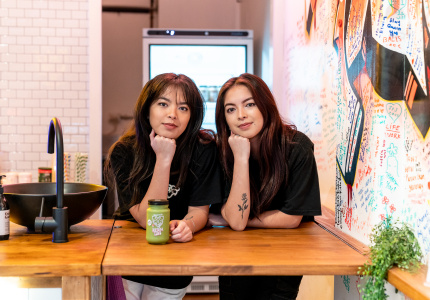