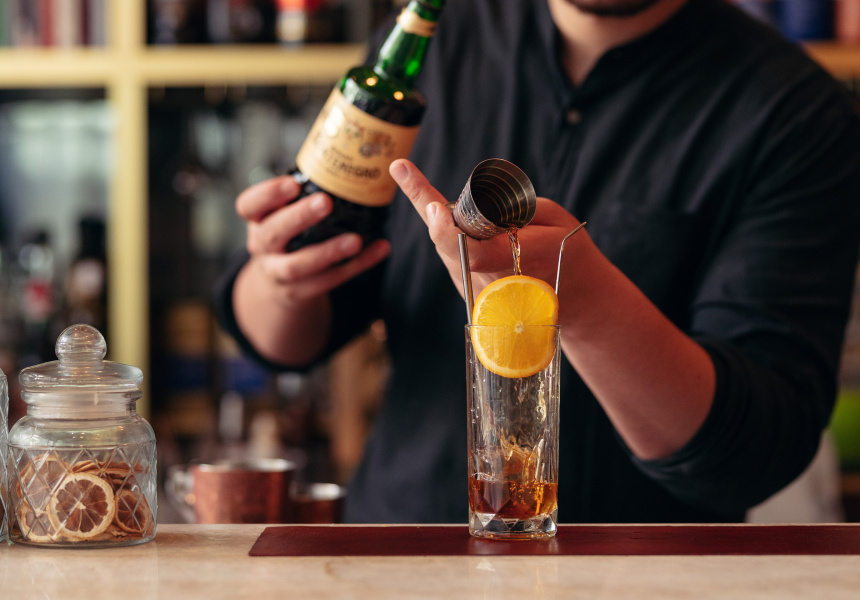 This small but mighty cocktail lounge sits directly opposite its older brother, Culprit – the restaurant that galvanised chef Kyle Street’s reputation as one of the city’s most inventive culinary figures.

Here it’s more of the same: understated sophistication and, of course, a focus on NZ produce across the concise food offering. The difference is that Little Culprit is primed for bite-sized encounters – whether it’s a pit stop at aperitivo hour or a casual business thing. Let it be said, though, that you could just as easily linger long into the evening here amid the velvet curtains, comfy leather booths and humming, low-lit energy.

On the drinks front, it’s all about updated takes on classic libations (think miso Old Fashioneds and quince Sours), plus a clutch of four different Martinis. Around half the wine list keeps it local; the rest bounces between European regions, with the occasional Aussie bottling.

The Culprit team heads up the snacky menu, which can only be a good thing. Until 9pm you can opt for seafood-heavy grazing boards, various cheeses, and oysters natural or dressed. After that, the bar staff have you covered with three kinds of fries (we love the Garam Masala version, with curry leaf and eggplant-kasundi mayo).

Whether you’re watching cocktails being shaken in the grand dispensary or slinking into the lower lounge, the only thing you’re guilty of at Little Culprit is having a good time.