Produced by Broadsheet in
partnership with Bupa.

Lia-Belle King is a designer who is inspired by Bali. In partnership with Bupa, we ask her to share her travel tips. 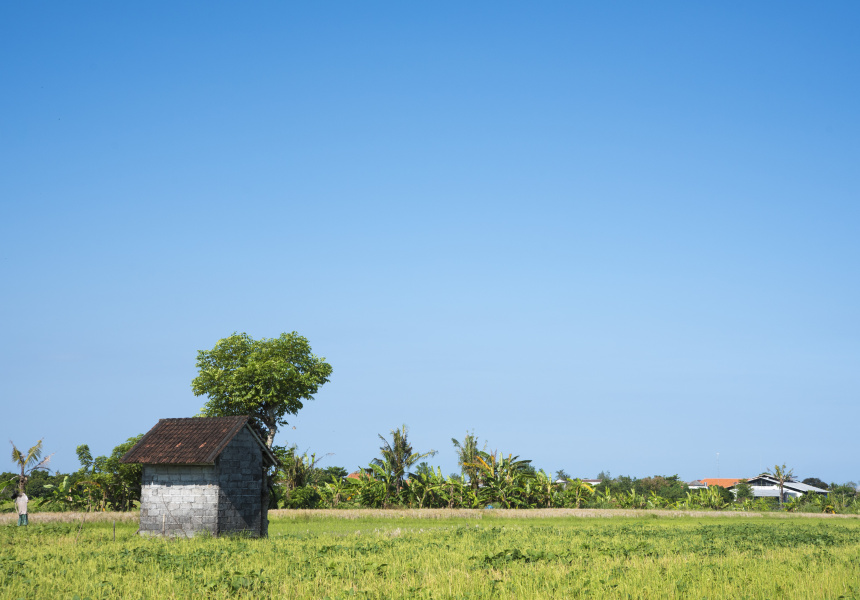 Bali draws legions of Australian visitors to its shores every year, but not many of them put down roots and start a new life there.

Partners Lia-Belle King and Lotte Barnes fell under the island’s sway on a globe-trotting trip a few years ago, after they’d both quit stressful jobs in Sydney. “It was the best decision we ever made,” says King.

After securing a villa in old-town Canggu in 2015, the couple needed to furnish it. That led, quite organically, to the start of Worn Store, a brand that began with four styles of chairs made by local craftspeople before expanding to a six-piece clothing capsule. But while ethical, sustainable products have become their calling card, it really just sprang from necessity.

“It wasn’t a conscious decision,” she says. “It just happened to be the way we were making it. We were just being really present with our life over there, and it was a really nice time.” Though Worn thrived from its humble origins in Bali, King and Barnes opted to return to Australia to raise their young daughter. That development led to Worn’s intimate brick-and-mortar store, situated on the main street of Bangalow, New South Wales, just west of Byron Bay.

After putting their clothing designs on hold to have their baby, the couple recently released a collection that’s already 80 per cent sold out. Practical and understated, their clothing is the opposite of fast fashion, with Worn taking months to source fabrics that would otherwise be destroyed. Still all about quality and conscience, the label will launch its next clothing and furniture line soon, and now ships globally.

The pair still travel back to Bali regularly to develop their business. Despite the rapid development happing in one-time oases like Canggu, King has learned how to best connect with nature on the island, and she’s only too happy to share her suggestions with any visitors craving a proper reset.

Bingin Beach and Padang Padang Beach
Beaches might seem like an obvious choice for Bali, but these two are actually hidden gems. Padang Padang Beach is only accessible via a steep cliff walk. “Once you get down there, it’s quite remote,” says King. “There aren’t many people, because you have to know exactly where you’re going to get there. So it’s a really nice break from the bustle of Bali.” As for Bingin, it’s a formidable 45-minute scooter ride from the popular hub of Canggu, with a handful of places to stay and a couple of restaurants offering up fresh seafood. “The water’s really clear and clean,” she says, “which is sometimes hard to find in Bali.”

The Yoga Barn
As the name implies, The Yoga Barn is the go-to spot in Ubud for all manner of yoga classes – but it also offers meditation classes, sound healing, tai chi, rejuvenation, cleansing spas and much more, plus on-site accommodation and a speciality bookshop. But it’s arguably the cavernous space itself that’s most impressive. “It’s just been rebuilt using all local, sustainable materials,” King says. “You walk into this massive structure and it’s all curved lines, like you’re in the centre of a tree. There’s also a wonderful cafe that serves all organic vegan food, and it’s just so, so good.” So allow yourself plenty of time to indulge.

Spiritual healers in Ubud
Once you’ve made the most of The Yoga Barn, stick around in Ubud to access some of the island’s best spiritual healers. All you have to do is ask around. Popular services range from a simple palm reading to a walk out to a 100-year-old outdoor bath with seven fountains for a spiritual cleanse. “It was one of the most intensely relieving – and very emotional – experiences I’ve ever had,” King says. And like so many destinations in Bali, the journey is its own revelation. “It’s a really beautiful drive,” she says. “You go through the back of old-town Bali. There’s a rice paddy, traditional villages, rainforests and a waterfall.”

Mount Batur sunrise trekking tour
A sunrise hike? Yup. If departing at 3am for a two-hour drive doesn’t sound doable, maybe skip this one. For the rest of us, this early-morning trek around the active volcano Mount Batur offers truly breathtaking views and scenery. “It’s for all fitness levels, but it is an all-day thing,” says King, who emphasises the sheer beauty of sunrises and sunsets on the island. “Nearly every hotel you stay at is focused on the celebration of the downing and the rising of the sun.” So just imagine witnessing that at 1717 metres, as the background slowly transitions from an expansive starlit sky to a warm and welcoming new day.

Seseh Beach
Coming full circle is another beach destination that doubles as a reset-style escape from Bali’s more commercialised areas. It’s a 40-minute ride from Canggu, and the few accommodation sites aren’t cheap, due to the untouched surrounds. But it’s well worth it, according to King. “It hasn’t been built up,” she says. “On the ride out there, you’re amongst 100-year-old, skyscraper-tall palm trees and [going] off-road through rice paddies. And you don’t have to contend with all the tourists.” It’s another chance to immerse yourself in the natural wonders of an island that, for all its popularity with travellers, has plenty of secrets left to unlock.

This article is produced by Broadsheet in partnership with Bupa.

Produced by Broadsheet in
partnership with Bupa. Learn more about partner content on Broadsheet. 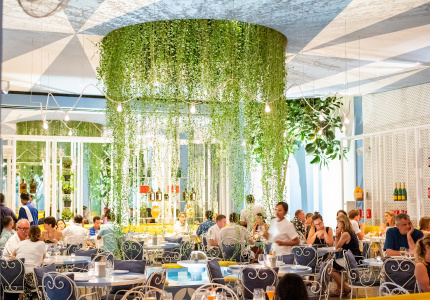 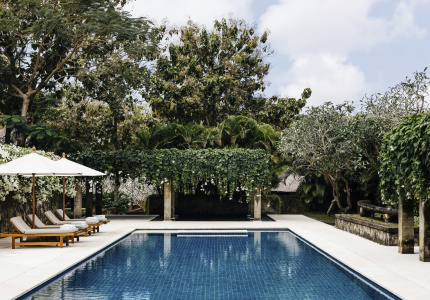