The unflinching Kigali Genocide Memorial in Rwanda, Africa, makes for harrowing viewing. In partnership with G Adventures, we visit to discover firsthand how it also demonstrates the country’s revitalisation. 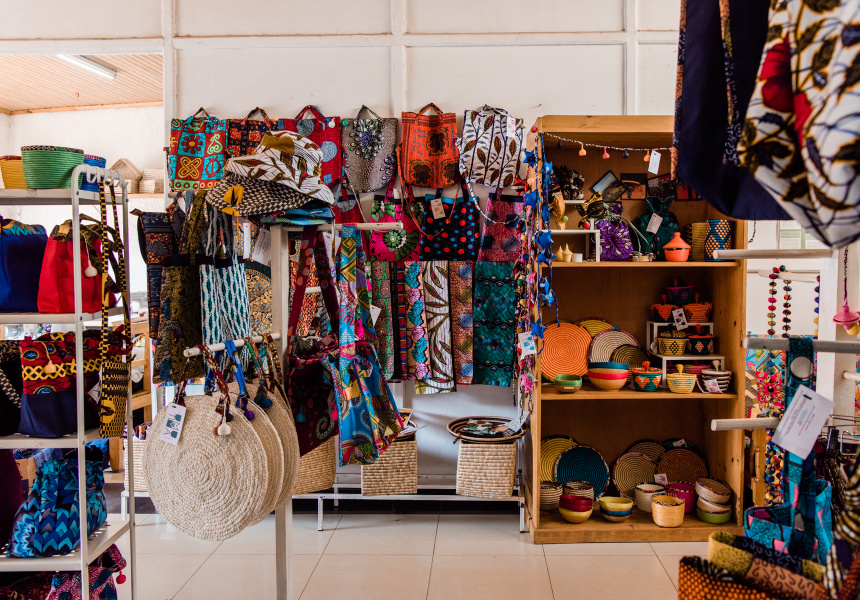 How strange and sad to be standing above the remains of 250,000 people.

I’m at the Kigali Genocide Memorial in Kigali, the capital of Rwanda. It might not seem an obvious stop on our G Adventures cultural and wildlife tour of Uganda and Rwanda, but what happened on this ground in 1994 looms large. One of the darkest chapters in human history, the Rwandan genocide stands in powerful contrast to the Rwanda of 2019 – one of the safest and most prosperous nations in Africa, renowned for its gender equality.

Anyone near a newspaper or television in 1994 will recall the headlines. For 100 days between April and July, ethnic cleansing wiped out between 800,000 and one million Tutsis and moderate Hutus. The scale and horrific violence of the orchestrated genocide, carried out during the Rwandan Civil War on orders from the ruling Hutus, was sickening. Crude machetes and improvised weapons were used to hack people to death. Neighbours killed neighbours. Families forced to turned on each other. Thousands of women were raped and brutalised – even deliberately infected with AIDS as a weapon of war.

The museum – which opened in 2004, on the 10th anniversary of the genocide – doesn’t shy away from such details. More than 250,000 people are buried here under what are now peaceful, landscaped gardens. It’s a confronting thought, but the memorial pays tribute to these victims, and goes some way to give them a dignified resting place. We start by watching video interviews with survivors. One woman describes seeing her five children murdered in front of her, her husband cut in half. Our visiting group is stunned. We look at each other for comfort, but there are no words.

As we make our way from room to room, more details are revealed until the whole, harrowing picture emerges.

The country was colonised by Belgium during World War I, and in the early 1930s the colonial government created distinctions between the Hutu and Tutsi tribes. This was based not on ethnic but socio-economic grounds. In some instances it came down to how many cows you owned.

Both the colonialist government and the Catholic Church stoked antagonism between the two groups throughout the 20th century. This led to the Rwandan Revolution of 1959, when thousands of Tutsis fled growing persecution to neighbouring countries.

In July 1973, Juvénal Habyarimana, a Hutu and Army Chief of Staff, staged a military coup. He ruled until April 6, 1994, when his plane was shot down near Kigali Airport. Enraged Hutu extremists used his assassination as the catalyst for genocide, resulting in the rounding up and slaughter of an estimated 800,000 to one million people – largely Tutsis and their sympathisers. Men, women, children – little mercy was shown.

In death that becomes even more stark. Here in a softly lit display cabinet we see rows of skulls of the victims. In another room, the clothes they wore – T-shirts, jeans, basketball hoodies, bright dresses. We see the victims for who they were: ordinary people, innocent civilians. People like us.

We also learn of the shameful response from the international community. At the time of the killings the UN had a peacekeeping mission in Rwanda, but did not intervene. France supported the Hutu-led government and had supplied arms and military training to the militias that carried out the atrocities.

In another room there are walls of photographs of people who were killed, some with messages annotated by loved ones – simple, poignant phrases such as “I will always remember you”. Perhaps the most gut-wrenching display tells the stories of children who died. We look at photographs of each child and learn their favourite food, their interests, and lastly the manner of their death. Some say “hacked by machete”, others, “burnt alive”. The display is titled Tomorrow Lost.

But tomorrow wasn’t altogether lost for Rwanda. Tutsi forces (in the form of the Rwandan Patriotic Front) would eventually return to capture Kigali, ending the genocide and taking control of government. Their commander, Paul Kagame, is still the country’s president and has presided over its turnaround.

The reunification and humanitarian and economic recovery of Rwanda since the genocide is nothing short of remarkable. As Jamil, our G Adventures CEO (Chief Experience Officer) explains to us as we leave the memorial, Rwanda is now among the safest and most prosperous African countries, united by a commitment to never let the horrors of 1994 be repeated. Incredibly, it currently ranks as the number six country in the world for gender equality, and life expectancy has jumped from 48 years in 2000 to 67 years in 2017.

We find an example of the spirit driving this transformation at the Nyamirambo Women’s Center (NWC) in the Nyamirambo area of Kigali. The NGO and co-op was founded in 2007 by local women to address gender-based violence, inequality and discrimination, but has since become so much more. Today it offers travellers a chance to experience modern Rwanda from an insider’s perspective, through food, street tours and classes.

Famished from a long day driving (we woke up in the bucolic, rural hills of southern Uganda, which seems a lifetime ago) we’re greeted by local woman Aminatha with some home-cooked food. We’re presented with bountiful bowls of beans, beef stew, sweet potato, spinach and eggplant, rice and plantain. The meal is exactly what we need and nourishes both our bodies and souls after the emotionally sapping visit to the Kigali Genocide Memorial.

After lunch we stroll down to NWC’s craft shop, where a dozen women sit at sewing machines making kitenges (brightly coloured cotton fabrics that can be made into a sarongs, headscarves or baby slings), bags and traditional agaseke baskets.

“It’s wonderful seeing how committed the ladies are,” says the center’s production manager Honorine. “They’re now able to contribute financially to their families, something they weren’t able to do in the past.”

NWC also operates a walking tour, a cooking class and a basket-weaving workshop, which teaches visitors the complex technique of sisal-weaving – a method expertly executed by the women we meet at the craft shop making elaborate agaseke baskets.

We come away from Nyamirambo with more than finely-crafted keepsakes. NWC – as with the Genocide Museum – is a tangible example of change in Rwanda. It’s a proud country that’s been to hell, made remarkable strides in the last 25 years in terms of development, equality and opportunity, and is forging a new future.