Where to Stay in Puglia, Italy

Put your bags down inside an 18th century fort, bathe in a chromotherapy sauna or peek out the window of your clifftop B&B to the ocean beyond. 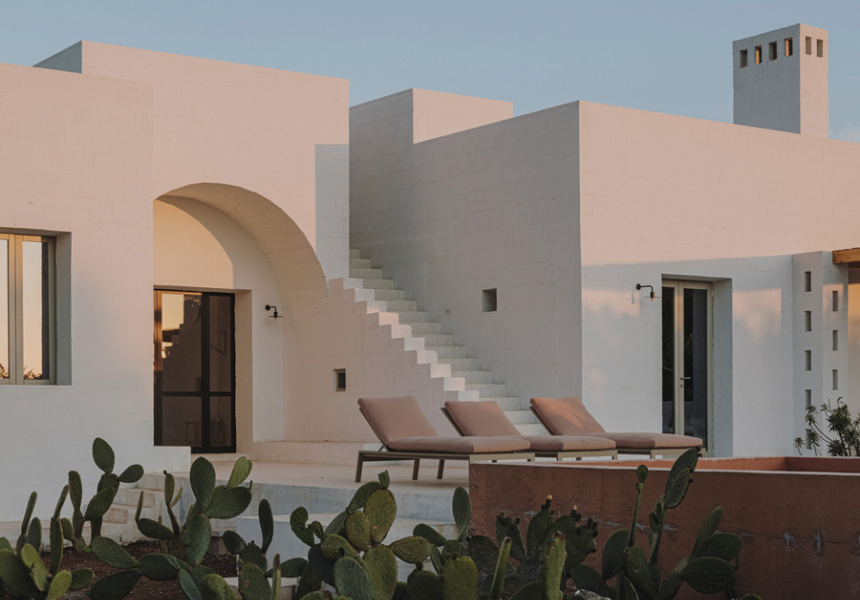 Accommodation in Puglia is plentiful. It’s common to find B&Bs and boutique hotels in restored spaces with histories stretching back several centuries, and most retain a lot of that old-world charm.

Many have a prominent wellness angle, with spas, saunas, massage and other relaxation offerings working in concert with the region’s famous blue skies and unobstructed ocean views. Of course you’ll choose where you stay based on what you plan to do, but don’t be surprised if your accommodation has enough unique attributes to keep you exploring without leaving the premises.

Masseria Moroseta, Ostuni
Set within five hectares of organic olive fields, Masseria Moroseta is a Pugliese farmhouse converted into a homely B&B. From the arch-laden courtyard to the sandstone walls and limestone floors, there’s a relaxing air of simplicity here. That said, there’s a decidedly up-to-date green focus, with solar power and modern energy-saving insulation. And, with its location overlooking both the Adriatic Sea and “the white city” of Ostuni, it offers a welcome down-to-earth atmosphere amid this culturally rich region.

Lama di Luna, Andria
From the outside, this fortified farmhouse resembles a rustic, sun-soaked fort. Step inside and you’ll be transported to the 18th century, starting with dinner on the veranda set against the surrounding olive groves at dusk. There’s a cosy private cinema and library warmed by an open fire. The popular wellness suites have a jacuzzi and an actual private cave, replete with Turkish bath and a chromotherapy sauna, where you can bathe in streams of coloured light.

Borgo Egnazia, Fasano
A sprawling re-creation of an ancient Puglian village, this unique hotel regularly lures famous film stars and musicians – including Justin Timberlake and Jessica Biel, who got married here – with its fairytale setting. Located near seaside Savelletri in eastern Puglia, it’s a short trip from the Cala Masciola beach club and a championship golf course. But with four pools, indoor and outdoor bars, an on-site gym with stacked fitness programs, and even cooking classes, it’s hard to figure out why’d you’d ever leave.

Casa Dorsi, Polignano a Mare
When exploring the secluded coves and white pebble beaches of Polignano a Mare, you’ll find no better perch than this surprisingly affordable B&B overlooking the ocean and the remarkably preserved town. Once you’ve properly done the sea, explore the Museum of Contemporary Art Pino Pascali on Casa Dorsi’s doorstep. As for the rooms themselves, come for the ocean views but stay for the soundproofed intimacy that encourages full relaxation.

Don Ferrante, Monopoli
Now a boutique hotel, this one-time fortress gives you the opportunity to explore the iconic whitewashed architecture of old-town Monopoli, which quietly thrives against the Mediterranean Sea. Don Ferrante has been designed to make the most of jaw-dropping views, while the rooms pair the nearly 500-year history of those white-stone interiors with modern touches. One suite includes a fireplace and complimentary prosecco; look for midweek and weekend specials on the hotel website.

Masseria Montenapoleone, Pezze di Greco
Dating back to the 1600s, this renovated farmhouse is now a standout boutique hotel – especially for foodies. The estate’s generous gardens are open for touring, as well as foraging in service of on-site cooking classes, where you’ll learn to make orecchiette pasta and other local dishes. The hotel’s distinctive restaurants express the same deep love of cooking. Seaside Pezze di Greco is a 20-minute drive from both Casalini and Specchiaruzzo, so you can tick two more destinations off your list without travelling far to do it.

Risorgimento Resort, Lecce
Lodged in the centre of historic Lecce, this restored palazzo first opened as an inn back in the 1400s. It’s now a luxury resort with a restaurant, nearly 50 rooms and suites, all situated within spitting distance of the baroque city at its feet. Stunning architecture, that reflects both the city’s 16th-century grandeur and period of Spanish conquest, awaits just out the windows, while the wellness offerings include Turkish baths and a Roman-style plunge pool.

This article is produced by Broadsheet in partnership with Luxury Escapes. See more of Broadsheet's guide to Puglia.

Use code PUGLIA200 to receive $200 off our small-group 7-day gourmet Puglia tour, exclusively for Broadsheet readers. 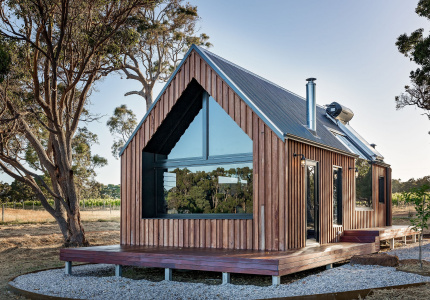