A Weekend Road Trip from Wollongong to Ulladulla

The stretch of NSW’s South Coast was made for travelling. In partnership with American Express and its Shop Small program, we’ve curated a 48-hour itinerary that matches the locals’ relaxed pace. This South Coast circuit bridges Dharawal and Yuin Country, weaving from Wollongong down its string of surf beaches, performing a pirouette around Nowra and Jervis Bay, before cruising south to Ulladulla. Do less but see more as you move at a relaxed pace down the coast, exploring sleepy seaside settlements, devouring freshly shucked oysters and investigating quiet swathes of beach and bushland.

Here’s our picks for where to eat, drink, explore and stay, so you can make the most of a weekend along this special tract.

Kneading Ruby, Wollongong
It’s a little over an hour’s drive from Sydney to Wollongong, so you can roll out of bed late and still make it to Kneading Ruby in time for lunch. Ease into the weekend with a couple of wood-fired pizzas. The crusts are blistered and the toppings generous. The kitchen turns out seasonal plates and local seafood, too – think charred cauliflower or oysters served with grapes and limoncello. The wine list dances between Italian and Australian drops. Don’t miss the Ms Ruby cocktail made on jalapeño-infused Seacliff vodka by Wollongong’s Headlands Distilling Co.

Stoic Brewing, Gerringong
Drive 40 minutes down the coast to Gerringong where Stoic Brewing has you sorted for a relaxed afternoon of tasting craft beers. For a small 1000-litre brewhouse, father and son team Steve and Andrew Prosser turn out a large selection of brews, ranging from a very approachable lager to flowery ales and experimental sours. Curate your own tasting paddle from the day’s tap line-up, which may include one or more ciders made with hand-picked apples. Pack a growler (or some tins) for the road. Food trucks park out front on weekends and there’s often live music, too.

Paperbark Camp, Jervis Bay
Point your wheels towards stunning Jervis Bay and ideal sleeping quarters in a bush retreat that somehow manages to feel down-to-earth and luxurious at the same time. The safari-style canvas tents are raised up among the eucalyptus and paperbark treetops for greater nature immersion. There’s a king-size bed, solar-powered lighting, sun lounges on the deck and an open-air bathtub. The on-site restaurant plates up sustainable, regionally focused food, featuring native ingredients like finger lime and saltbush.

Jim Wild’s Oysters, Greenwell Point
This oyster shack goes by the motto: nothing fancy, just fresh. But it’s a stunner of a spot to slurp down a platter of salty bivalves. The family-run oyster farm has been doing its thing on the foreshore of the Crookhaven River since 1979. Watch the team at work or take a seat at one of the riverside tables to enjoy a dozen Sydney rock or Pacific oysters. They’ll shuck them for you, maybe grill them, or you can take some to go. There’s usually Australian prawns and local black fish, too.

Bomaderry Creek Regional Park, Nowra
Lunch done, spend a couple of hours walking the Bomaderry Creek Regional Park. From the picnic area, head out on Mossy Gully track to reach the start of the She-Oak crossing trail. This four-kilometre, two-hour loop weaves through cool shaded rainforest, over the gently flowing creek, through a hidden gorge with looming sandstone outcrops and via rock pools. Spot birdlife like the threatened glossy black cockatoo and wildflowers like the Bomaderry zieria, which is only found here. You're likely to also see important Dharawal cultural sites such as axe-grinding grooves and rock shelters.

Gwylo, Mollymook Beach
Just north of Ulladulla, chef Matt Upson is peddling Asian street eats and spice-soothing drinks to a very non-coastal tempo. He worked under Cheong Liew, Simon Bryant and Maggie Beer, before opening a couple of venues of his own – including the popular Tallwood, where Gwylo now stands. The name? As a young chef working in Malaysia, he earned the nickname Gwai lo, or ghost man. The moniker stuck and so did his love of fiery cuisines. The menu here canters from Hibachi-grilled Malay chicken and pot stickers with tosazu sauce to the house special fried rice and a coconut curry with Jervis Bay mussels among the larger plates. Beat the heat with a cocktail, sake or the restaurant’s own hazy ale, brewed with Dangerous Ales Brewery in nearby Milton. 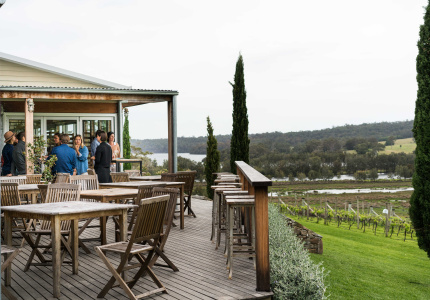