The multi-stage redevelopment of the property begins with interior design visionary Sibella Court. 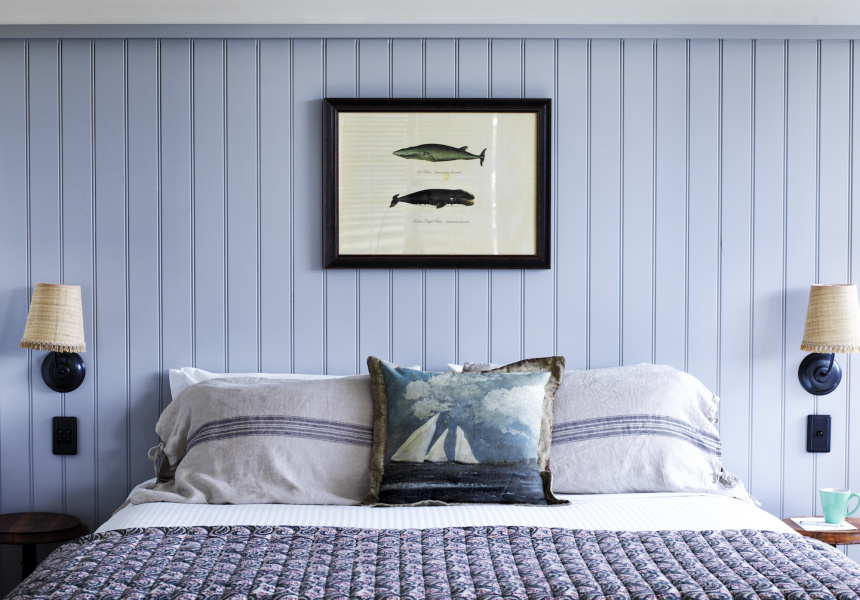 Watsons Bay Boutique Hotel in Sydney’s inner east is getting a new look. Stage one of the hotel’s transformation is now complete: 31 refurbished rooms by seasoned globetrotter and Sydney interior designer Sibella Court.

Court, who is behind fit-outs at other Sydney venues including Hotel Palisade, Mr Wong, Palmer & Co and The Beresford, has used her 25 years in the business and her black book of contacts – from artists to antique dealers – to create a series of laid-back seaside suites.

Short says he recruited Court because she has a clever aesthetic that works well in Sydney. “As a collaborator, she knows the small but crucial details in hotels and how to translate them into inspiring interiors that are also functional.”

This is phase one and it coincides with a tidy up of the Watsons Bay foreshore and the park that runs alongside the pub and the nearby ferry wharf. The next step is improvements to the Beach Club kiosk. “We want to further develop this with a beautiful new space and entry into Watsons Bay off Robertson Park,” says Short.

The 31 hotel rooms are now available.