Unpretentious Luxury: A Peninsula Establishment Gets a Contemporary Country Makeover

Lindenderry opened more than 20 years ago, and is a Mornington Peninsula mainstay. With help from acclaimed architects Hecker Guthrie, it plans to remain that way. 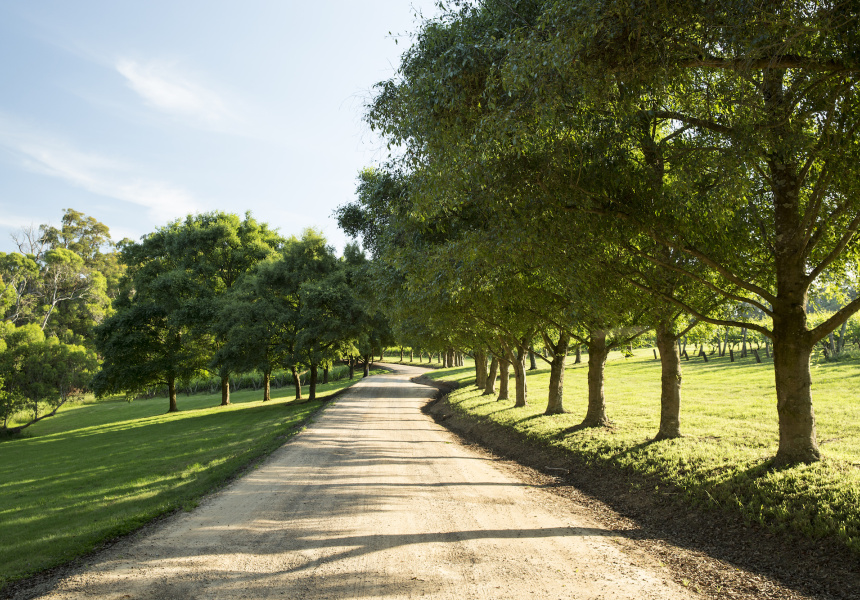 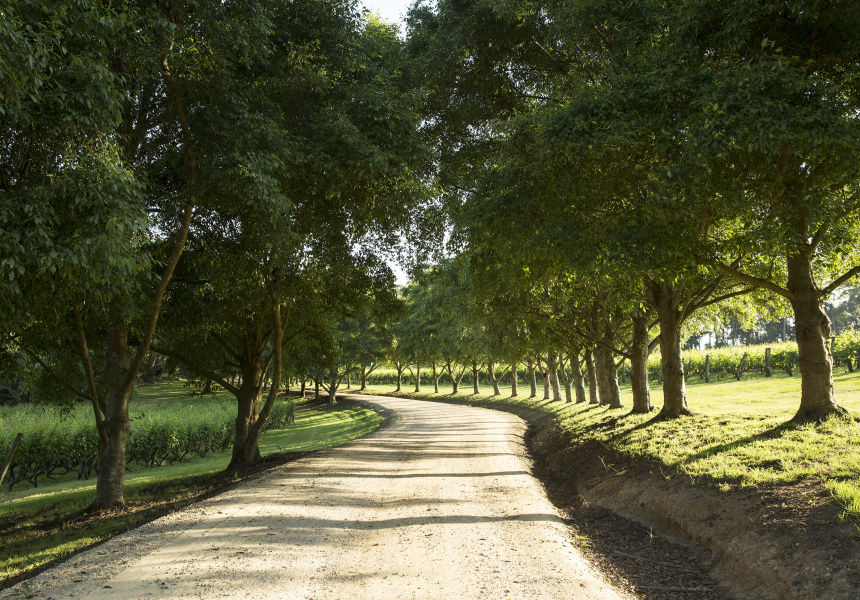 I stayed at Lindenderry once, many years ago, with my family. I distinctly remember the winding tree-lined drive into the property: a rolling, rich-green vineyard to the left and, in the distance, a grand-looking white mansion peeking out from behind the vines. I’d never been to the UK or France, but Lindenderry met my mediated understanding of the English and Gallic countrysides and their historic estates. Very grand.

Its impressive entrance remains the same today, but the inside of this Mornington Peninsula hotel is very different. A multimillion dollar refurbishment overseen by award-winning architects Hecker Guthrie has transformed the 40-room hotel: it’s contemporary and refined, with all the warmth and obliging service of a country inn.

When Lindenderry first opened in Red Hill in 1995, it was the only boutique accommodation in this vineyard-rich part of the peninsula. Now, visitors have a number of high-end options to choose from, including minimalist villas – just four – at nearby Polperro winery, Port Phillip Estate, and more recently the bold and ultra-luxe Jackalope hotel in Merricks North, less than 15 minutes away.

Lindenderry is a different proposition: relaxed and family-friendly, light and airy. That doesn’t mean it’s not considered and sophisticated (it’s both) but it’s not sceney: it feels as right for a getaway with two young children as it does for a romantic weekend with your partner.

“We had done a few refurbishments in our time, but none were a head-to-toe relook at what the hotel could be,” says Julian Clark, the CEO of Lancemore, the family business that owns the hotel. “We felt that there was an opportunity to redefine Lindenderry for 2018 and beyond; that the market had moved somewhat from our early incarnation.”

The hotel was modelled on “some of the earliest incarnations of boutique hotels happening in the grand country houses of Italy, France and England,” Clark says. “The initial vision was to be your perfect country house hotel.”

The owners – Clark’s parents Jan and Peter – landed on Red Hill for its closeness to Melbourne, its "food bowl characteristics" and its bay and surf beaches.

Once a sleepy part of the Peninsula, it's now a destination to rival the long-established Yarra Valley on the other side of Melbourne: home to acclaimed fine diners, award-winning architecturally-designed cellar doors, one of the country’s most ambitious collections of outdoor sculpture at Point Leo Estate, and a plethora of food stores and farm doors offering up some of the best produce in the state.

“I don’t know of a single other region in Australia with the quality of food and beverage openings in such a short time frame and such a concentrated region,” Clark says. “We felt that there was an opportunity to do at Lindendery what [Red Hill] does best – unpretentious luxury infused with the beating heart of great food and wine.

“We wanted to keep the original vision of a European country boutique hotel but that was to play secondary to a distinctively Red Hill hotel.”

Hecker Guthrie simplified the interior colour palette to reflect the hues of the peninsula, with muted green and taupe throughout the hotel’s public spaces. The refurbishment aimed to create the feeling of a stylish home-away-from-home, but one that still reminds you of its “distinctly rural setting”, architect Hamish Guthrie says.

The designers focused on creating intimate spaces with distinct personalities, which allows guests “to occupy each room more like a home, which creates different atmospheres throughout the day”, he adds.

“It’s quintessentially Australian... but it draws inspiration from northern European designers such as Ilse Crawford and Vincent Van Duysen,” Julian Clark adds. It’s also infused with his family. Artworks, cabinets, and a dining room table and chairs belonging to the Clarks have been peppered among newer designer pieces.

The bedrooms are a more moody affair, with aubergine-coloured walls. And they’re big, with generous king-size beds and garden views, and about half have marble-encased working wood fireplaces. Minibars are stocked with Dom Perignon, and snacks and drinks from local producers such as Delgrosso (apple juice), Mock Red Hill (pear juice), Mornington Brewery (Pale Ale), and Bass & Flinders (gin).

This philosophy extends to the hotel kitchen, where executive chef Paul Witherington (formerly Port Phillip Estate and London’s Soho House) is focused on using local produce in dishes that are rustic and hearty, but finessed, across two distinct dining rooms.

“I love knowing where our produce comes from and meeting the growers,” Witherington says. Mussels, for example, come from local Michael “Harry” Harris, who grows his molluscs in the peninsula’s Western Port Bay. Produce comes from Hawkes Vegetables and Farm in nearby Boneo, which stocks locally grown strawberries and cherries, and locally made cheese.

Witherington’s roasted quail dish with creamed corn and consommé uses "the best of seasonal local produce”, he says. “It’s my take on a chicken and sweetcorn soup. I have such fond memories of eating [it] when I was a child.”

The more casual dining space feels like a contemporary Scandi canteen, with blond wood and reeded glass. (Breakfast recommendation: if the weather allows it, nab one of tables on the courtyard terrace.)

During the day, the kitchen can also put together picnic baskets for guests, and you can take them as near as Lindenderry's lake or as far as the beach.

On the 12-hectare property, there are walking trails that lead you to farm and cellar doors; two tennis courts; a bocce pitch; croquet area and an indoor pool that evokes vintage Hollywood glamour over rural European, with wall-to-wall windows and cathedral ceilings. Lindenderry founder Jan Clark designed the pool with property’s original architects.

“It works beautifully in both winter and summer,” Julian Clark says.

In fact, given the hotel’s location and climate – this part of the peninsula can get very chilly come autumn – the Clarks have ensured “it lives just as well” in the cooler months as well as the warm. So even if your room isn’t one of 20 with a fireplace, head to one of the hotel’s many lounge rooms: you’ll find one there.

Rates start from $290 a night, and $320 a night in high season. Katya Wachtel stayed at Lindenderry as a guest of Lancemore.