Planning the ultimate weekend drive away is a delicate balance – comfort vs exploration, refinement vs ruggedness, adventure vs ease. You just need to know where to look – and how to get there. In partnership with the new Jeep Grand Cherokee, here’s our guide to travelling the South West coast in style. The Leeuwin Naturaliste Ridge is one of Western Australia’s most epic ancient landscapes, where dramatic coastline of granite headlands and limestone cliffs meet pristine white sand and rolling azure seas. It was once rather hard to get to, but is now more accessible than ever. After the tarmac dried on a new purpose-built highway in 2009, the South West has since bolstered its food and accommodation offerings, providing a attractive balance of comfort and adventure.

Here’s our guide to a weekend away down south. 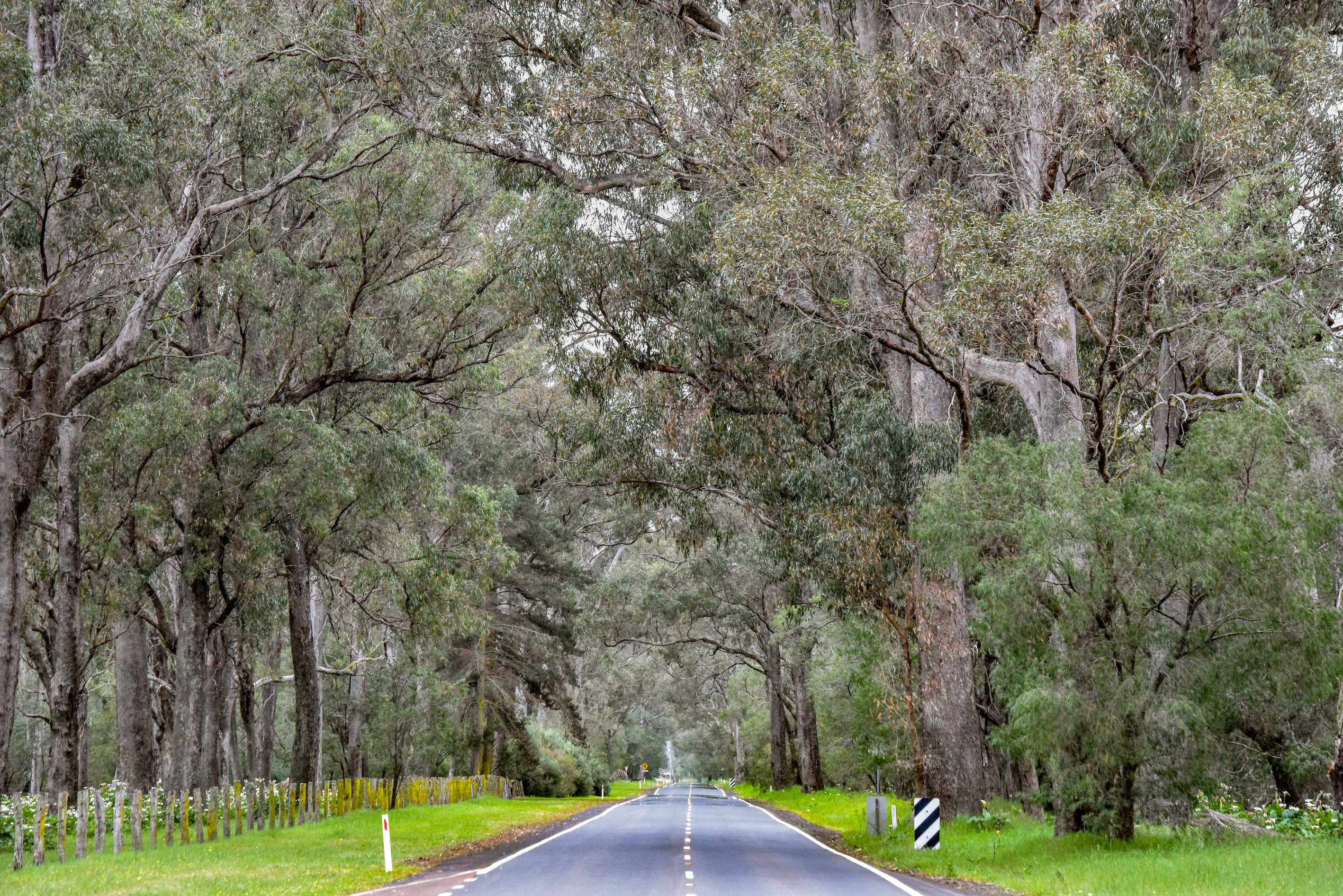 Drive south - Ludlow Tuart Forest
Rise early, procure coffee, and load the car before taking the Kwinana Freeway south out of town. Follow the road through Mandurah and Bunbury, with the occasional stop to marvel at this incredible coastline or to seek out more of said coffee.

Once you hit the Forrest Highway near Mandurah, settle into the 110 kilometres-per-hour cruise over the Murray River and past rural farmland in the Peel. Just after Capel, take a slight detour onto the Ludlow Forest Tourist Drive to see the largest remaining Tuart (eucalyptus gomphocephal) forest on the planet. The 15-kilometre highway winds through the stand of massive trees, which grow up to 30 metres tall. In stretches it’s like driving through a green corridor or leafy cathedral. The trees were mercifully spared during the state’s logging boom in the 18th and 19th centuries and are believed to be up to 400 years old. 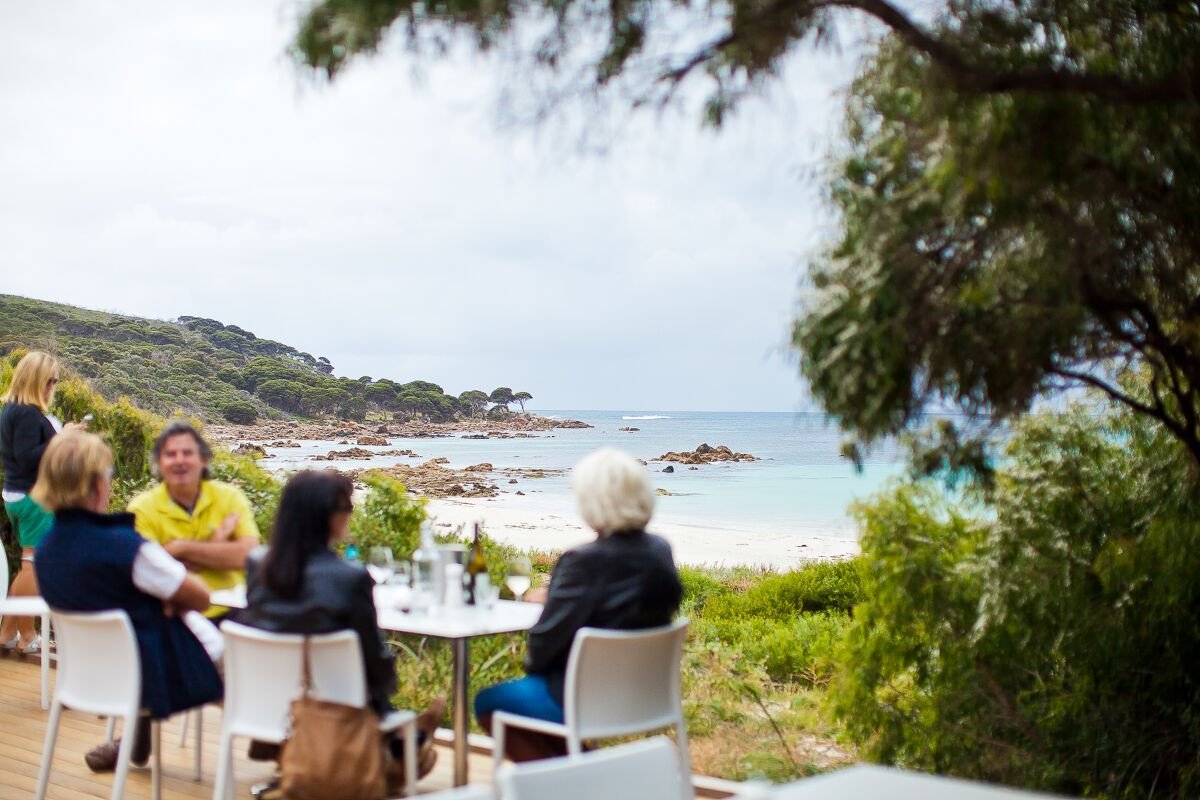 Brunch - Bunkers Beach House
Bunkers Beach House is a 10-minute drive from Dunsborough proper, set in a secluded location among the dunes at Bunker Bay. The light and airy restaurant opens onto an enormous deck with 180-degree views of the blue waters of the protected bay, which offers great swimming and surf during the right conditions. The lunch menu here is big on share plates, including Fremantle sardines, lamb shoulder, duck hoisin, Yallingup Woodfired Bread and local cheeses. It’s important you eat up: you’ll need some fuel to explore the nearby Meelup Regional Park and Cape Naturaliste. 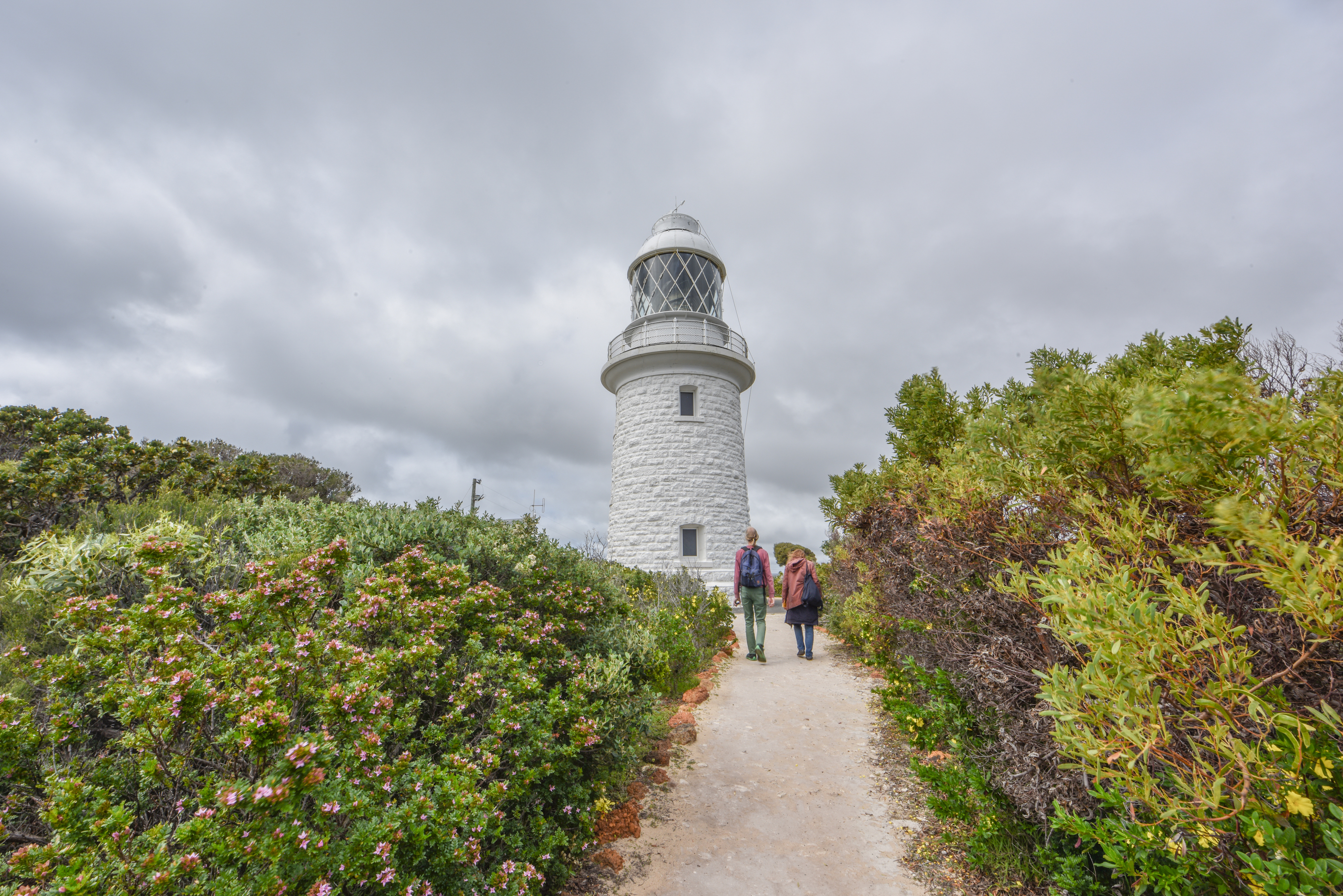 Adventure – Cape Naturaliste Lighthouse
Just a five-minute drive away from Bunkers Beach House is the Cape Naturaliste Lighthouse. Built in 1903, this thick-set tower, built from white-painted stone, is located 110 metres above sea level on a headland in the Leeuwin-Naturaliste National Park. Guided tours of the lighthouse balcony provide a birds-eye view of the WA coastline, including Geographe Bay. The beacon also serves as the starting point for a series of walking tracks, which lead throughout the National Park. The most fashionable is the 2.4-kilometre Whale Lookout Trail, where migratory Southern rights, humpbacks and the very occasional blue whale can be spotted between September and December. If you’re up for a bit more adventure, the 3.6 Bunker Bay Loop Trail leads you down to Shelly Cove, which is rightly renowned for exceptional snorkelling as well as spectacular views over Bunker Bay. Allow for somewhere between one and three hours for this trek, depending on how easily you’re distracted. 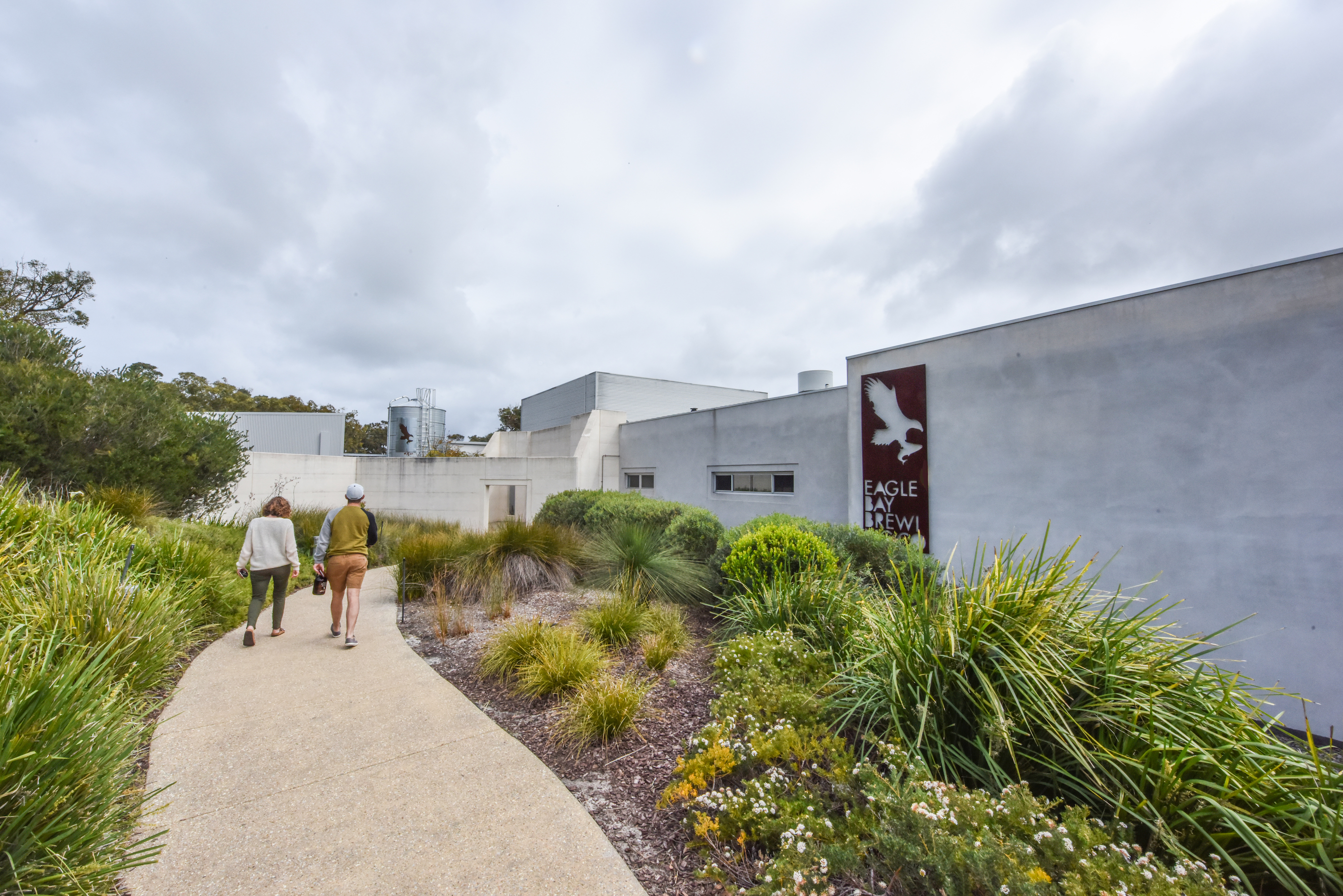 Late Lunch – Eagle Bay Brewing Co
Since opening its doors in 2010, the family-run Eagle Bay Brewing Co. has teamed up with local producers to offer a creative selection of tasting plates and crafty brews. Located five kilometres out of Dunsborough, the restaurant area has a relaxed, open and rural feel with views across green pastures, lined with native trees. Last year, its beer was awarded three gold and two silver medals at the Australian International Beer Awards. It does a late lunch, snacks and takeaway beer and wine – a great spot to grab some supplies before making your way back to the night’s accommodation. 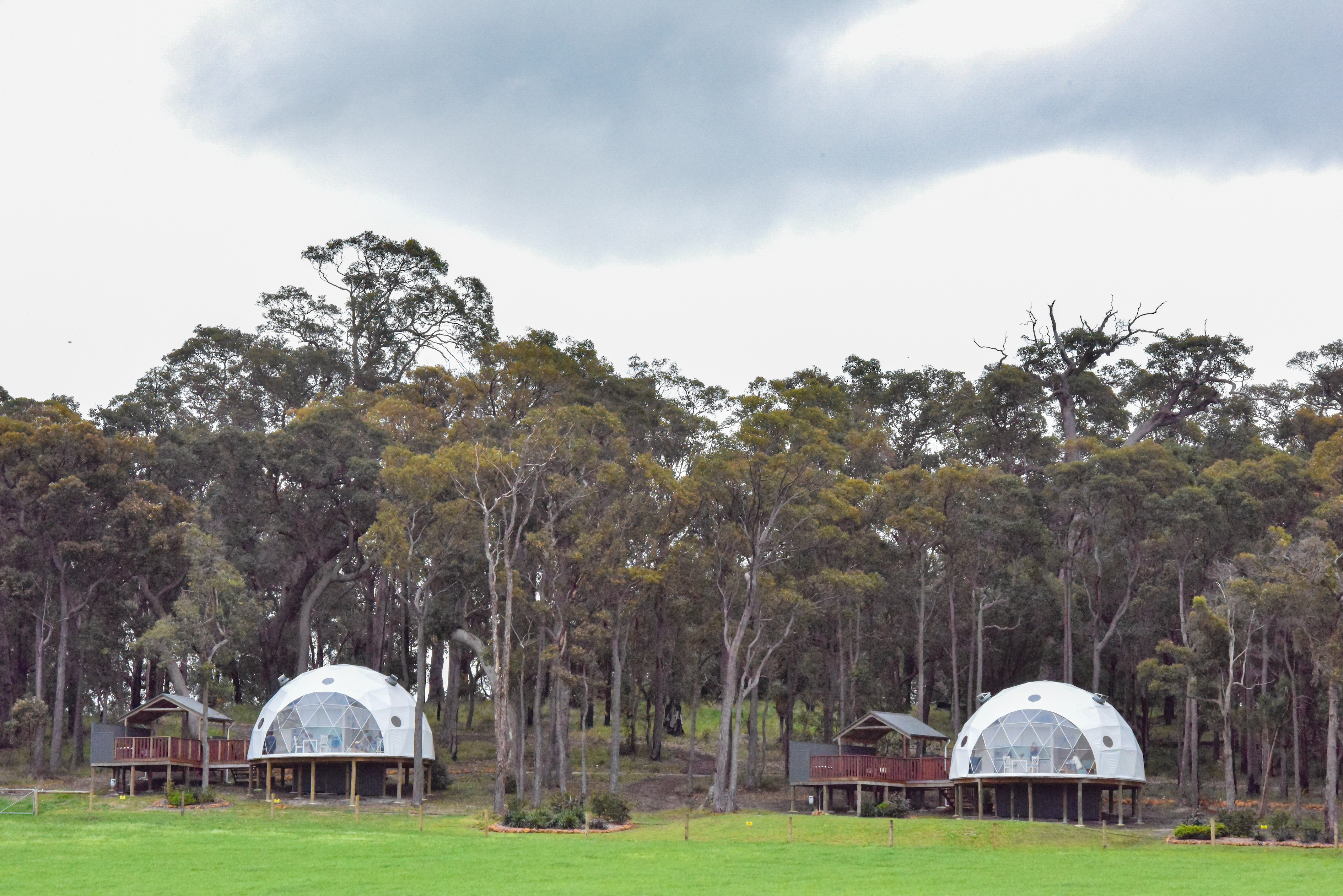 Stay – Mile End Glamping
Perched on a hill near Yelverton Road is Mile End Glamping. Two bright geodesic domes overlook a 144-acre estate, set among rural farmland. Despite their natural setting, each vaguely Martian tent’s outfitted with the space-age comforts of a king bed, private bathroom and kitchen with dishwasher. They’re also stocked with local goodies such as soaps and lotions from Vasse Virgin Margaret River and Cowaramup’s Seven Seas Tea. Naturally, the handsome outdoor deck has its own private spa bath and a barbeque if you want to cook dinner yourself. (Because you won’t be wanting to leave once settled in.) Otherwise, you can pre-order ready-made meals and hampers, or Olsen’s Catering can be arranged to cook dinner for you on site. Deluxe.

Decamp from your geodesic dome and make the short drive westward, back toward Cape Naturaliste, stopping in at Dunsborough. 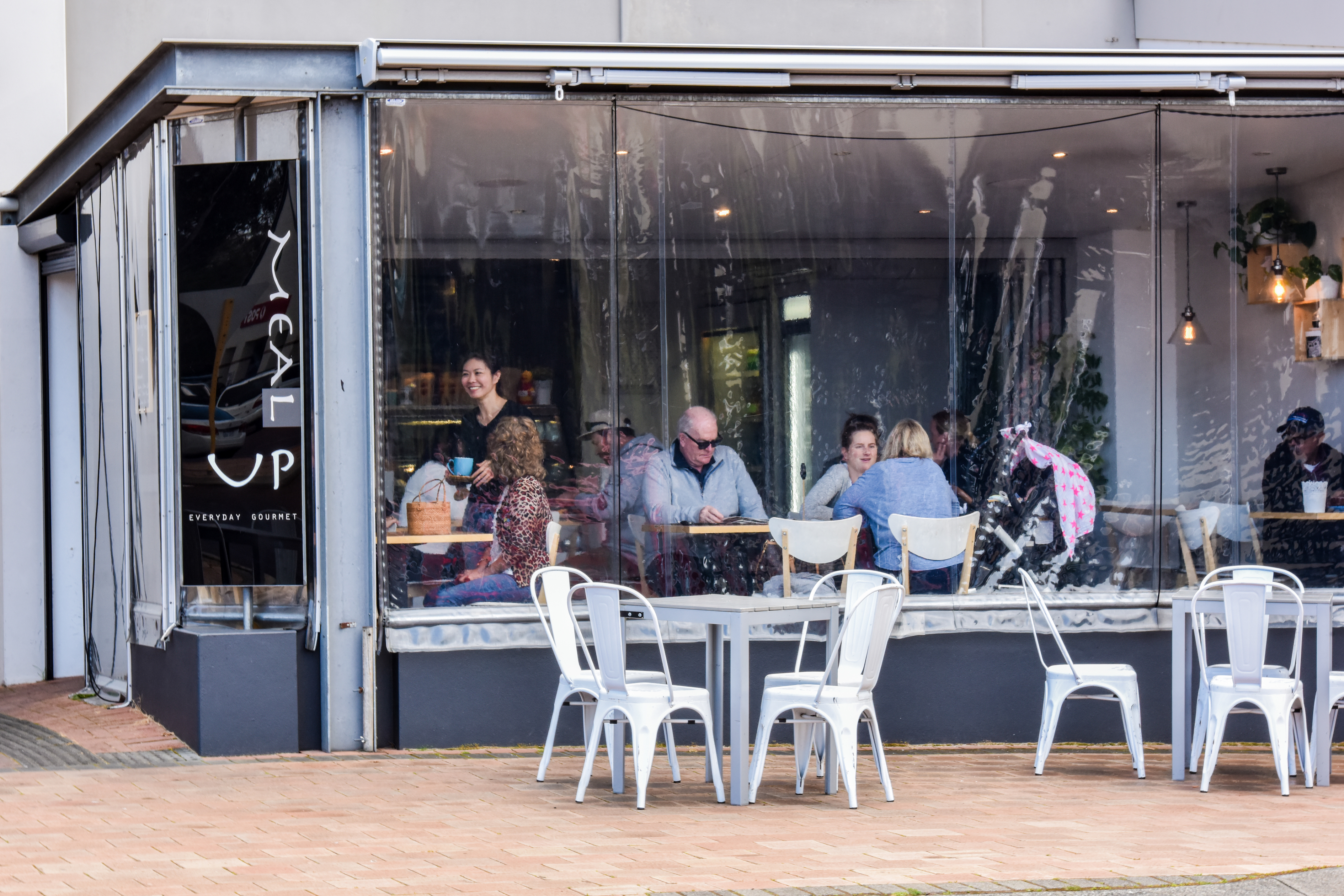 Breakfast – Mealup, Dunsborough
Located in Dunsborough’s town centre, Mealup serves hearty breakfasts and seasonal salads, and their baristas are affectionately regarded by local townsfolk for the quality of their coffee. With a choice of salmon or bacon, the eggy “Hulk” breakfast might make you split your trousers, but the trek ahead will welcome it. There are also carrot and pistachio cupcakes, shortbread cookies and Snickers slices to fill your knapsack. Stock up, as you’re about to head underground. 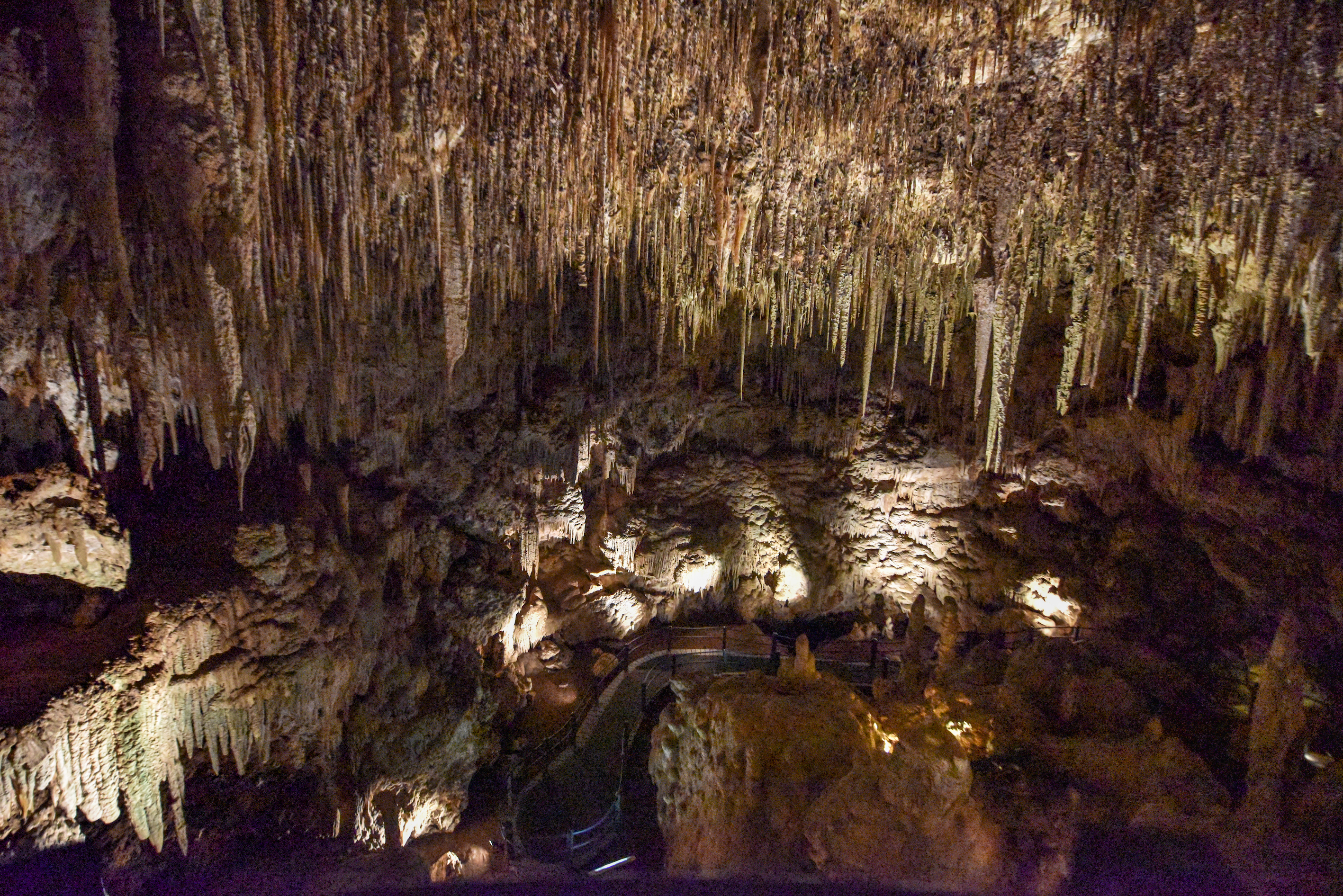 Adventure – Ngilgi Cave
Things can get pretty creative at the bottom of Ngilgi cave. Just a 10 minute drive from Mealup to the other side of the headland, you’ll feel a million miles away. The main underground amphitheatre is a massive chasm, dripping with crystals, renowned for its great acoustics. There’s a gangway that leads to the bottom, where you’re free to put said acoustics to the test (tour guides report Johnny Cash is a popular choice). There’s also a rubber mat where visitors are encouraged to lay and close their eyes. Upon opening, the crystal shards hanging from the ceiling create an optical illusion, not unlike the feeling of hurtling through space.

If you’re feeling extra adventurous, join a tour group for the 350-stair journey to the bottom of the cave. The further underground you travel, the more impressive the crystal displays become. At the very bottom, 37 metres underground, is a popular spot known as “Cupid’s Corner”. Allow at least an hour for this tour. 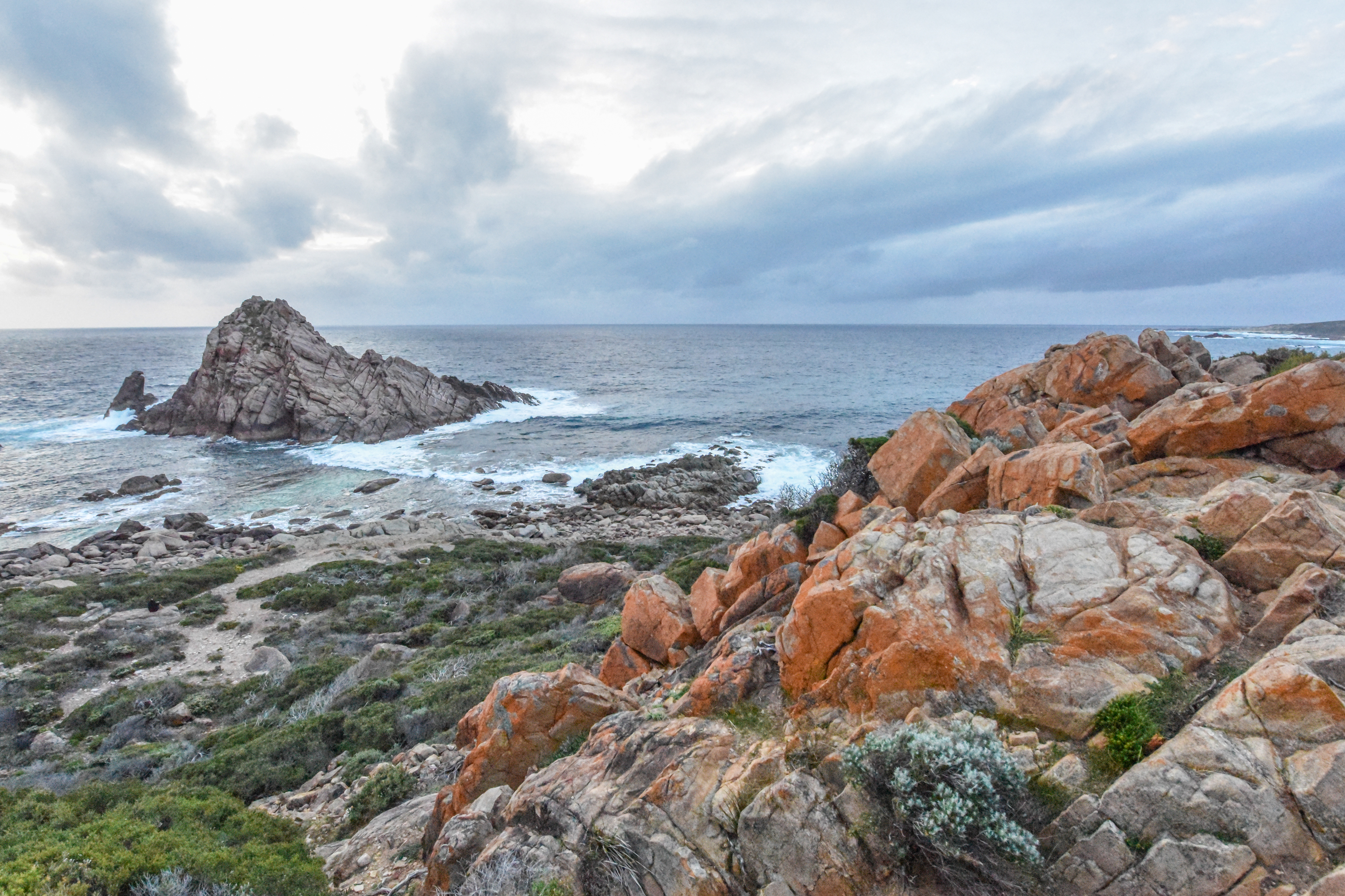 Extra Adventure
If trekking isn’t your thing, there’s a myriad of above-ground locations to explore nearby. The Meelup Regional Park, a 12-minute drive back towards Dunsborough, has a coastline of chilled out secluded beaches and picnic spots, including Meelup Beach, Point Piquet and Castle Rock.

If you’re after a serious-dose-of-country vibe, the back roads offer the greatest scenery – Caves, Wildwood, Yelverton and Commonage roads meander past vineyards, dairy farms, orchards, and art and craft galleries.

The drive into Yallingup is also impressive, which follows the course of the Yallingup Reef, a hot spot for hardcore surfers when the swell is up, and snorkelling when it isn’t.

Finally, Sugarloaf Rock is another must-see within the Leeuwin-Naturaliste National Park and offers one of the best sunset lookout locations in the region.

Drive Home
Once you’ve eaten all your cupcakes, clocked Istagram and developed adequate blisters, it’s time to make the journey back up the freeway. Here’s where you use the three-hour drive wisely: start planning your next weekend.