Planning the ultimate weekend drive away is a delicate balance – comfort vs exploration, refinement vs ruggedness, adventure vs ease. You just need to know where to look – and how to get there. In partnership with the new Jeep Grand Cherokee, here’s our guide to travelling this lush eastern pocket of Victoria in style. 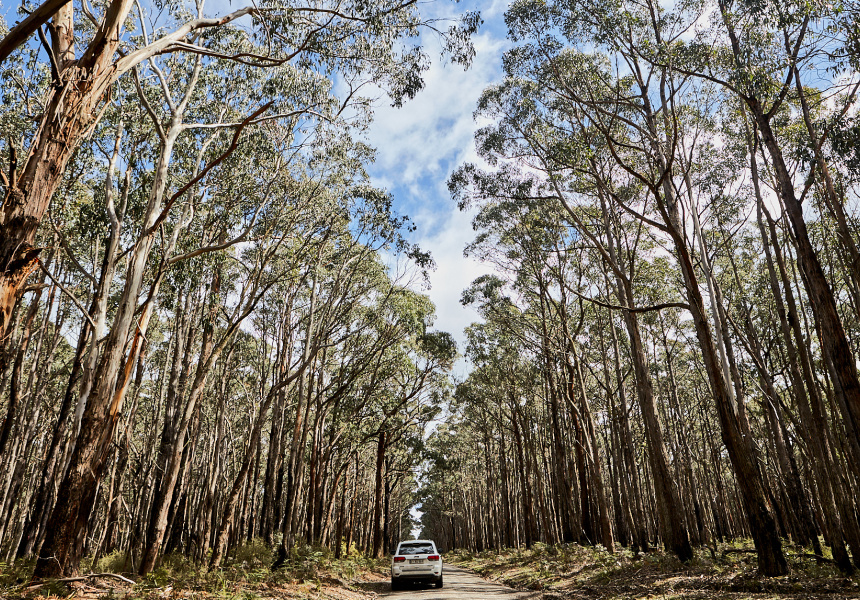 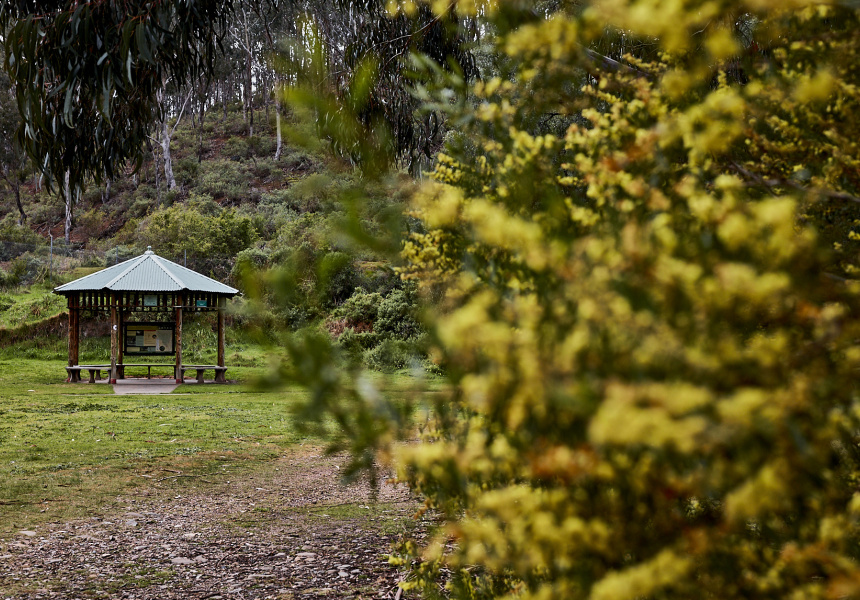 We know Victoria’s parks are spectacular. The Grampians has its fancy rocks and restaurants, and one has to engage in a reality TV-style battle to win a camping site at Wilson’s Prom. But one of the loveliest is also one of the most overlooked: Lerderderg.

Barely an hour away from Melbourne, the 20,180 hectare park revolves around a 300-metre deep gorge carved out of sandstone and slate, as well as criss-crossing trails, spectacular roads and secret swimming spots. But it’s not merely the natural that recommends the region: there’s excellent produce being grown in the surrounding area and places to sample it.

Here’s our guide to a great weekend drive. 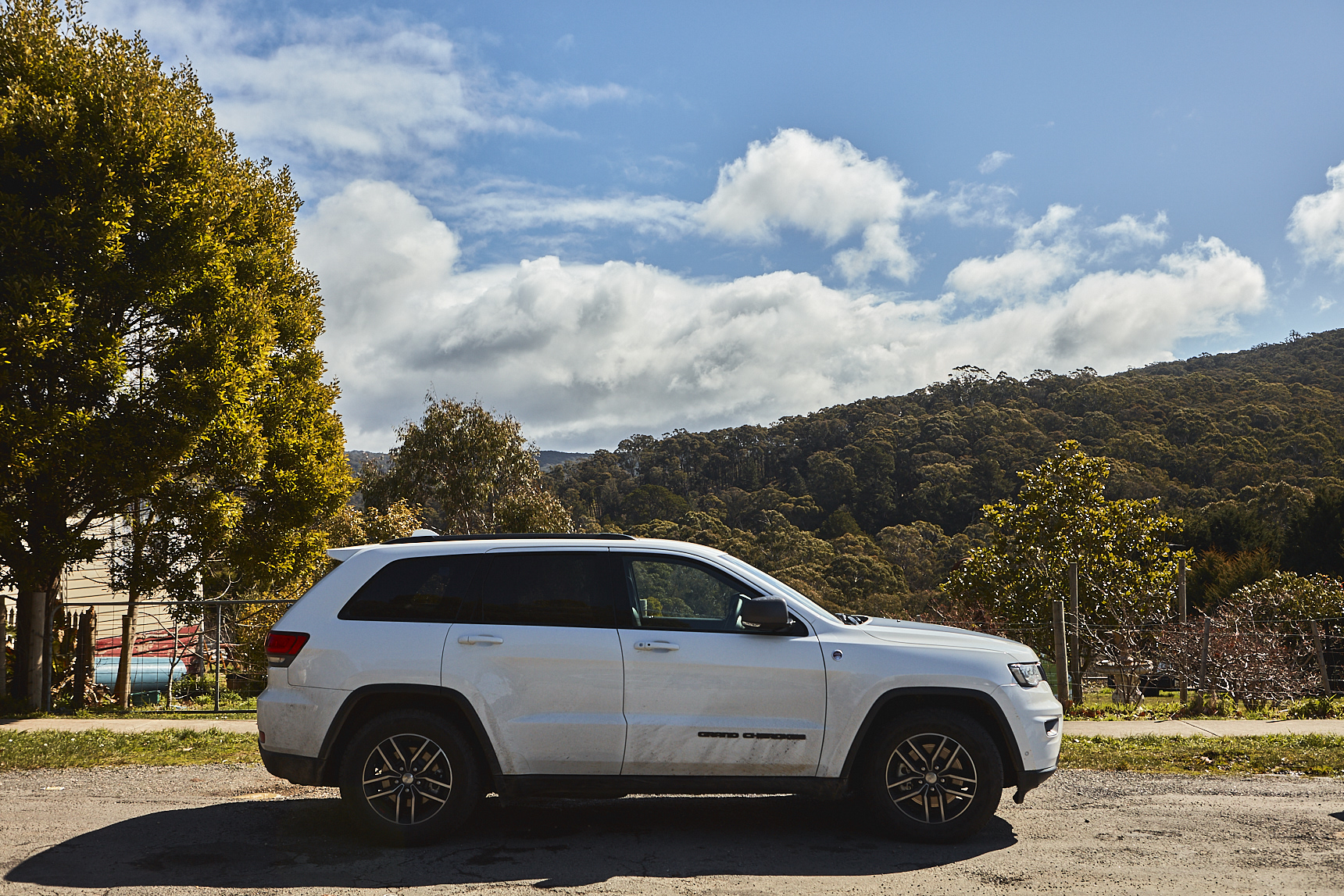 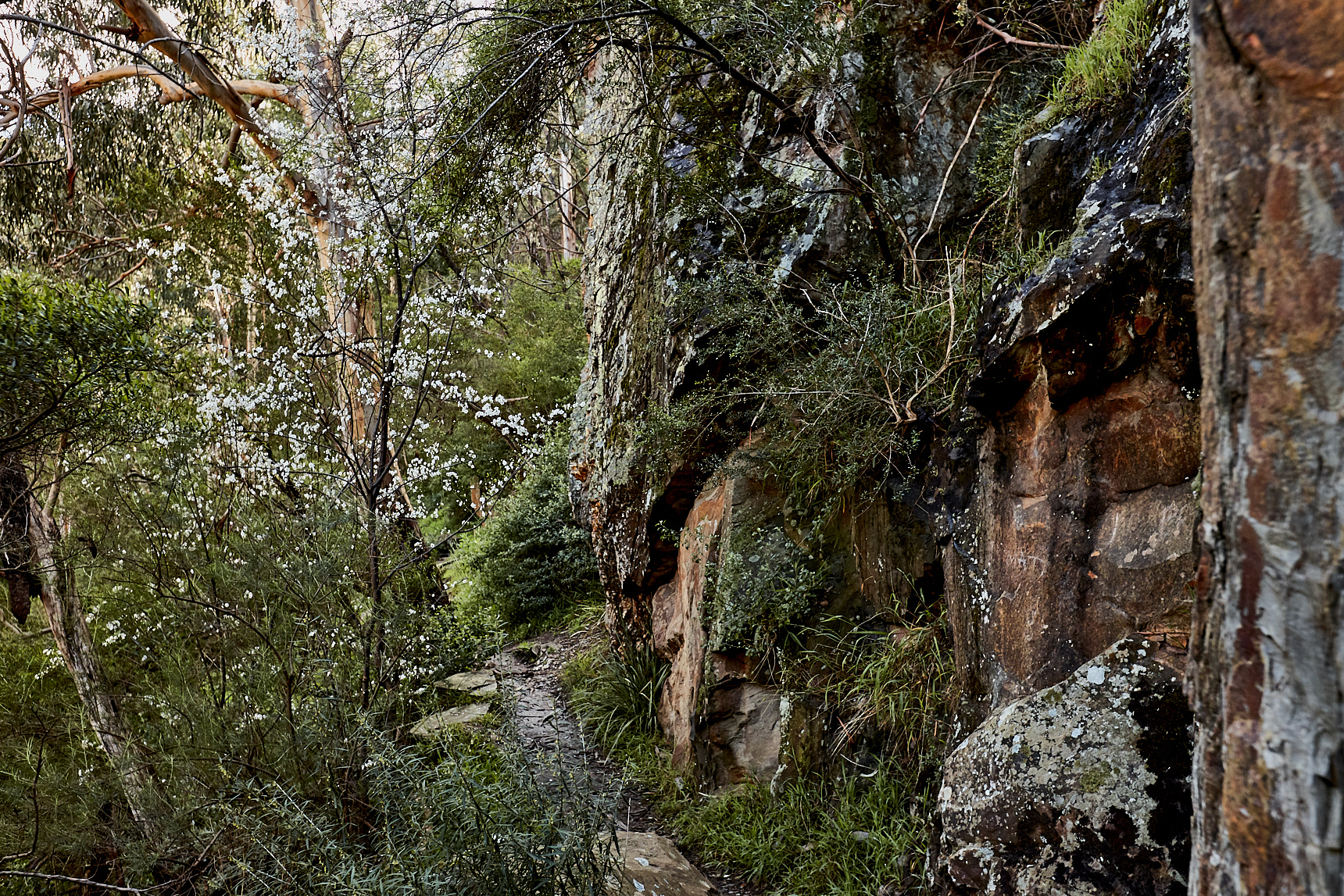 Adventure – Lerderderg State Park
Working your way into the bush you’ll find a neat little picnic ground at MacKenzie Flats, where the gorge flows out into a peaceful creek. Park here and take the stepping stones across Lerderderg River, wander up the gorge and – if the water’s low – follow it along as far as Graham’s Dam. This way you’ll pass long stretches of saltbush, squeeze through rocky ravines, and generally marvel at the serenity. Keep a lookout for fauna, either local echidnas, or the small family of goats who can sometimes be seen at home on the amber-coloured hillside. 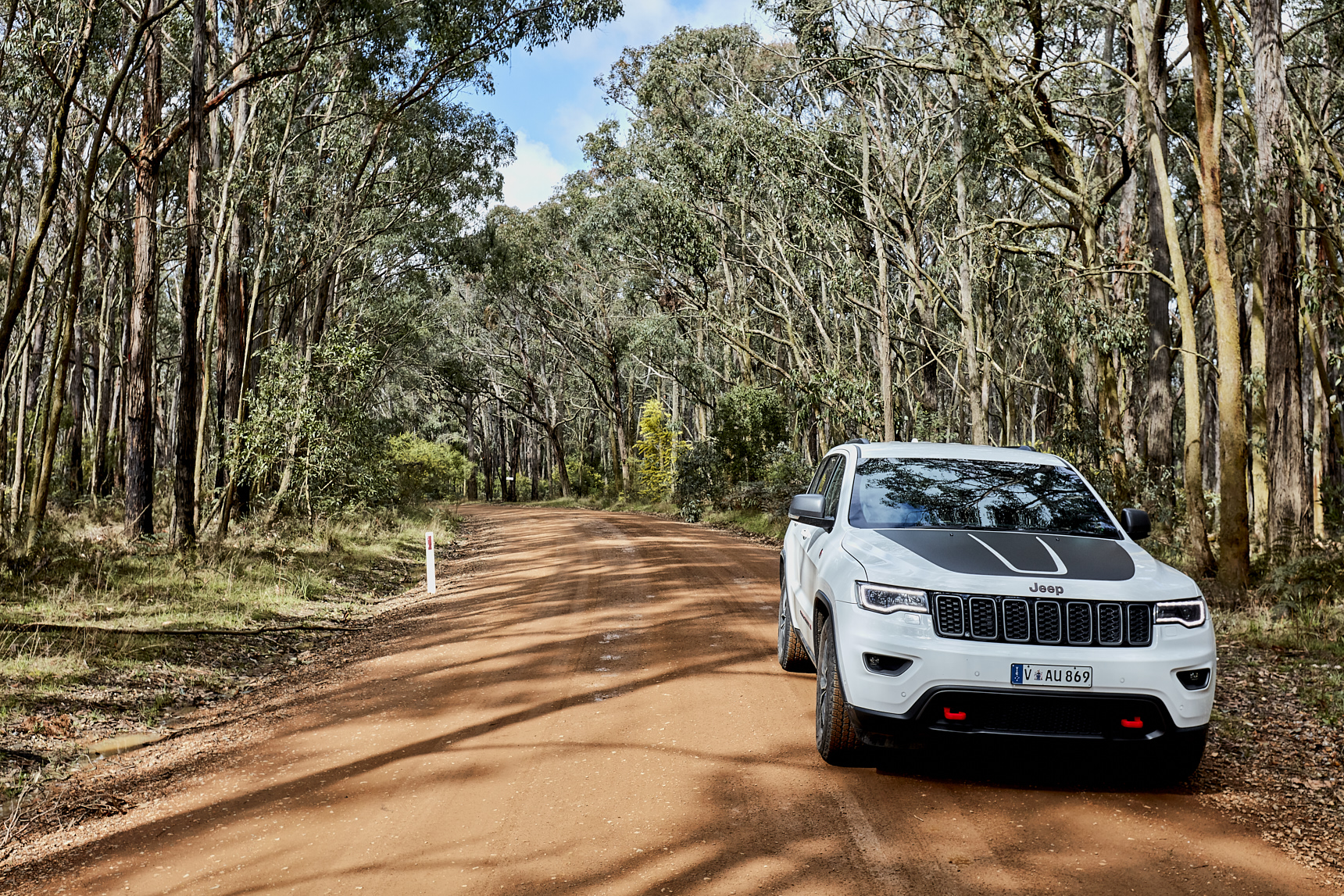 Drive – O’Brien’s Road
Once you’ve traversed the gorge, take the scenic O’Brien’s Road cross-country en route to Blackwood. It’s an unsealed road but perfectly safe, and it offers an embarrassment of walking tracks along the way. You’ll no doubt encounter a bevy of dirt-bikers who’re keen on expending some two-stroke, but for the most part O’Brien’s Road is uninterrupted bushland, with spectacular views of Lerderderg Gorge and Wombat State Forest to the north. 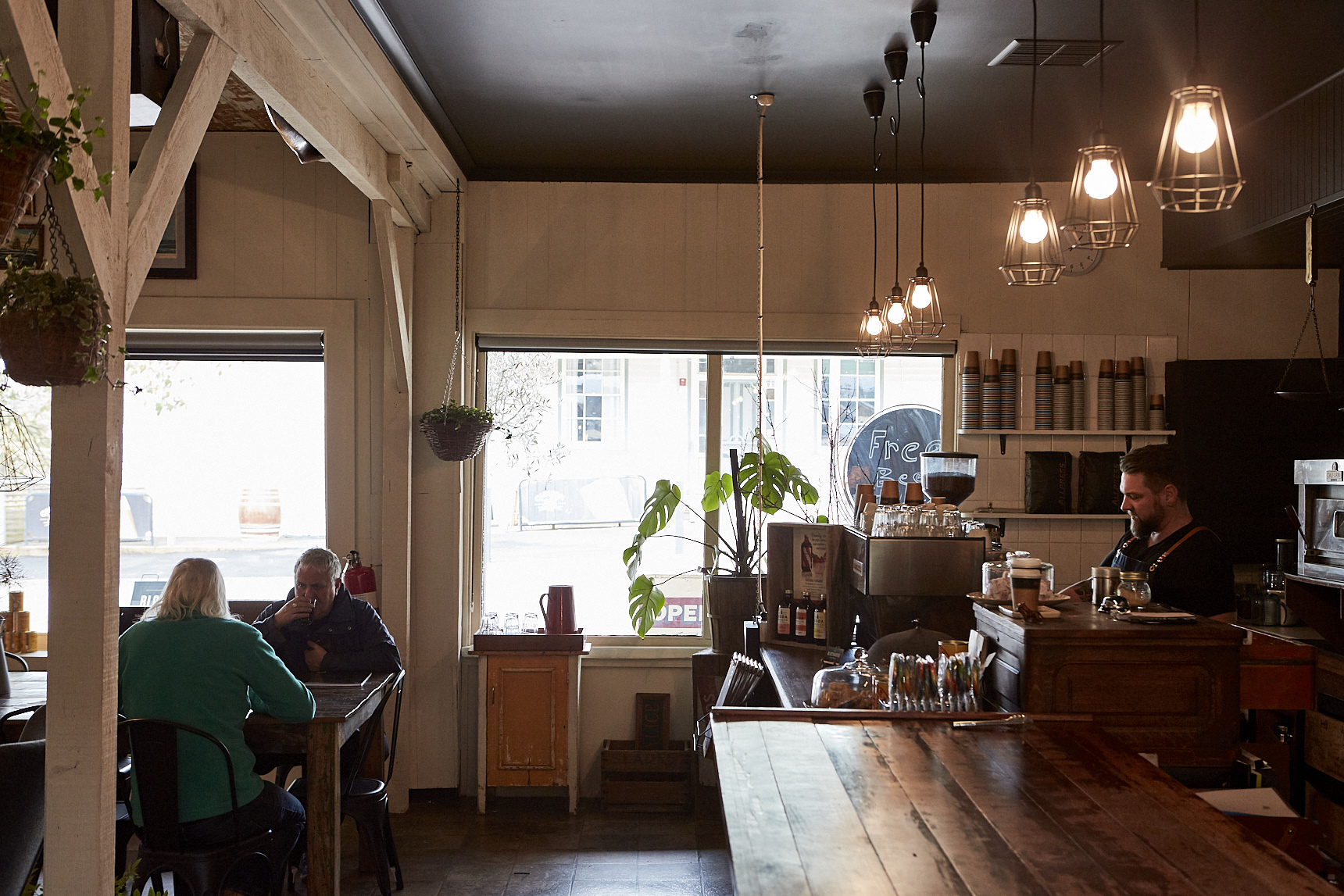 Lunch – The Blackwood Merchant
The Blackwood Merchant, hidden in the middle of Wombat State Forest, is a converted general store serving top-notch produce from the Macedon-Daylesford region. Spend a while here refuelling with a cheese-and-tomato toastie in the leather chairs by the open fire. If it’s warm you can also sit on the deck overlooking the bushland. 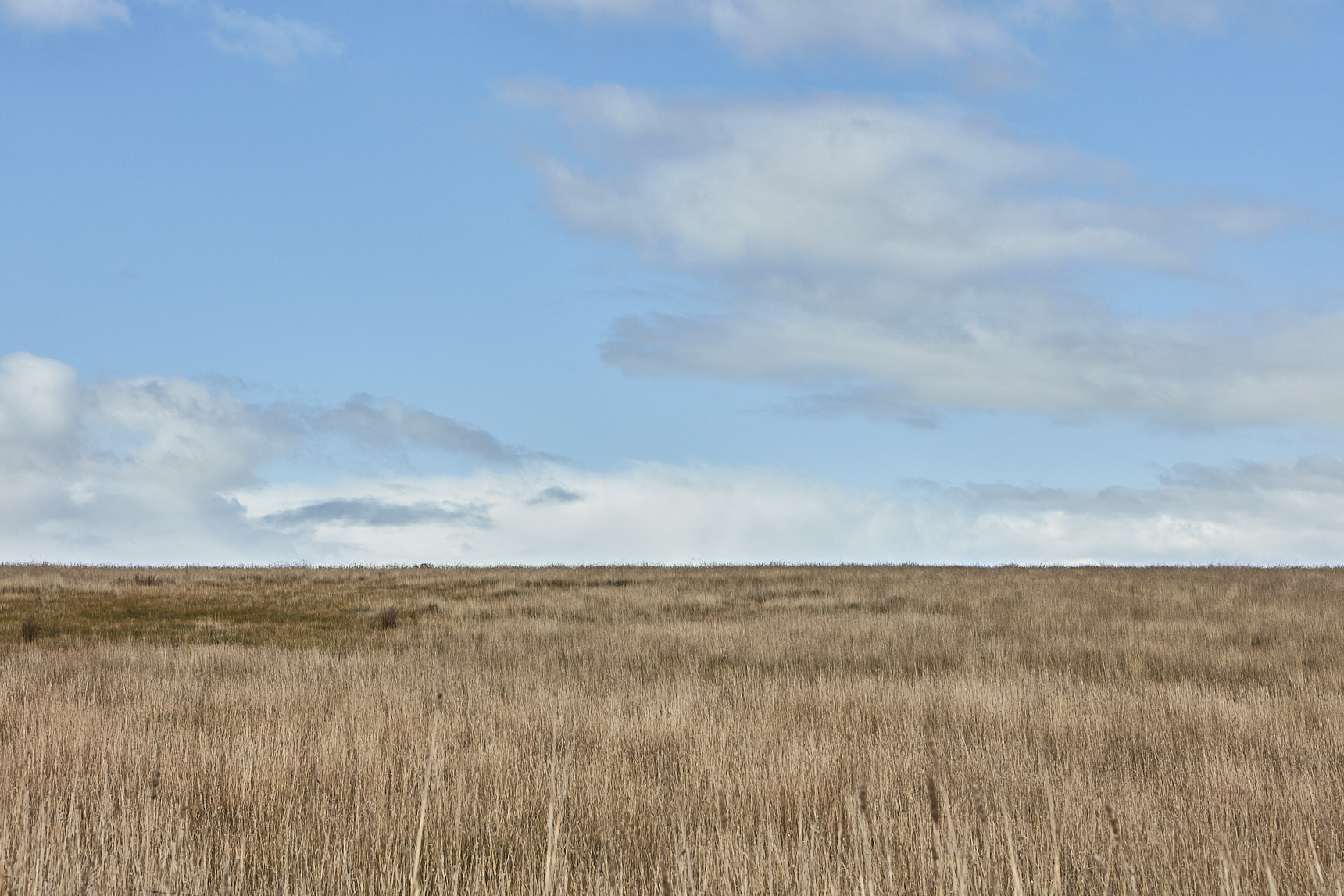 Drive – Blackwood to Woodened
It’s an easy but picturesque 30-minute drive between Blackwood and Woodend. We recommend stopping off in Trentham if only to visit Phillip and Lea – one of the best kitchenware stores not just in the region, but in Victoria full-stop. Pick up a Lodge cast-iron frypan and some Staub bourguignon pots to take country cooking home with you. 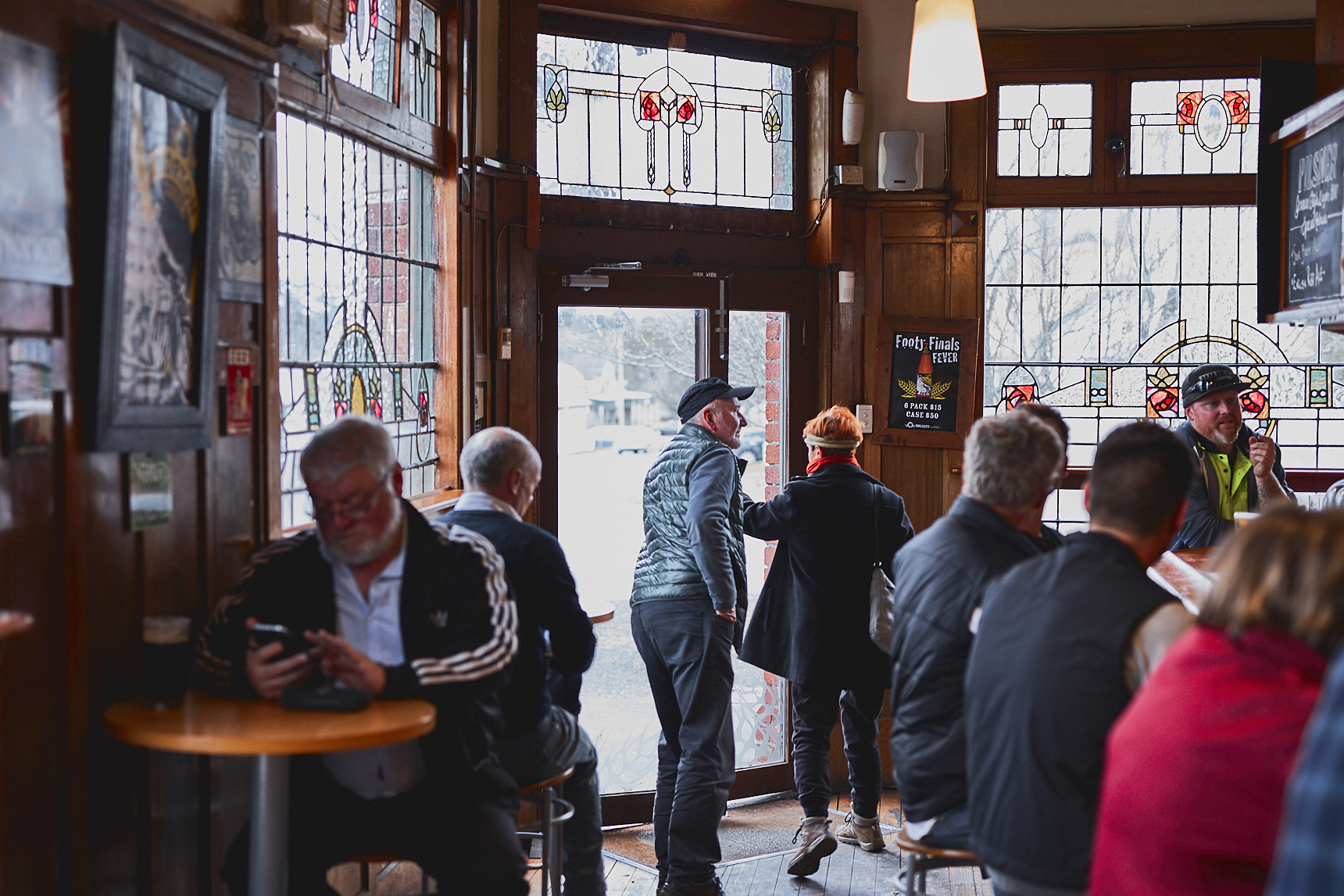 Dinner – Holgate Brewhouse, Woodend
Holgate is a prime example of a craft beer brewpub – it’s regularly pulling specials fermented in-house, and it’s line-up of regulars (the ESB, Mt Macedon Pale, and the fog-inducing chocolate porter named Temptress) are among the best beers going round. To accompany them, you can have a fancy honey-and-fig-covered saganaki or a plate of falafel. If in doubt, yes: chicken parma. 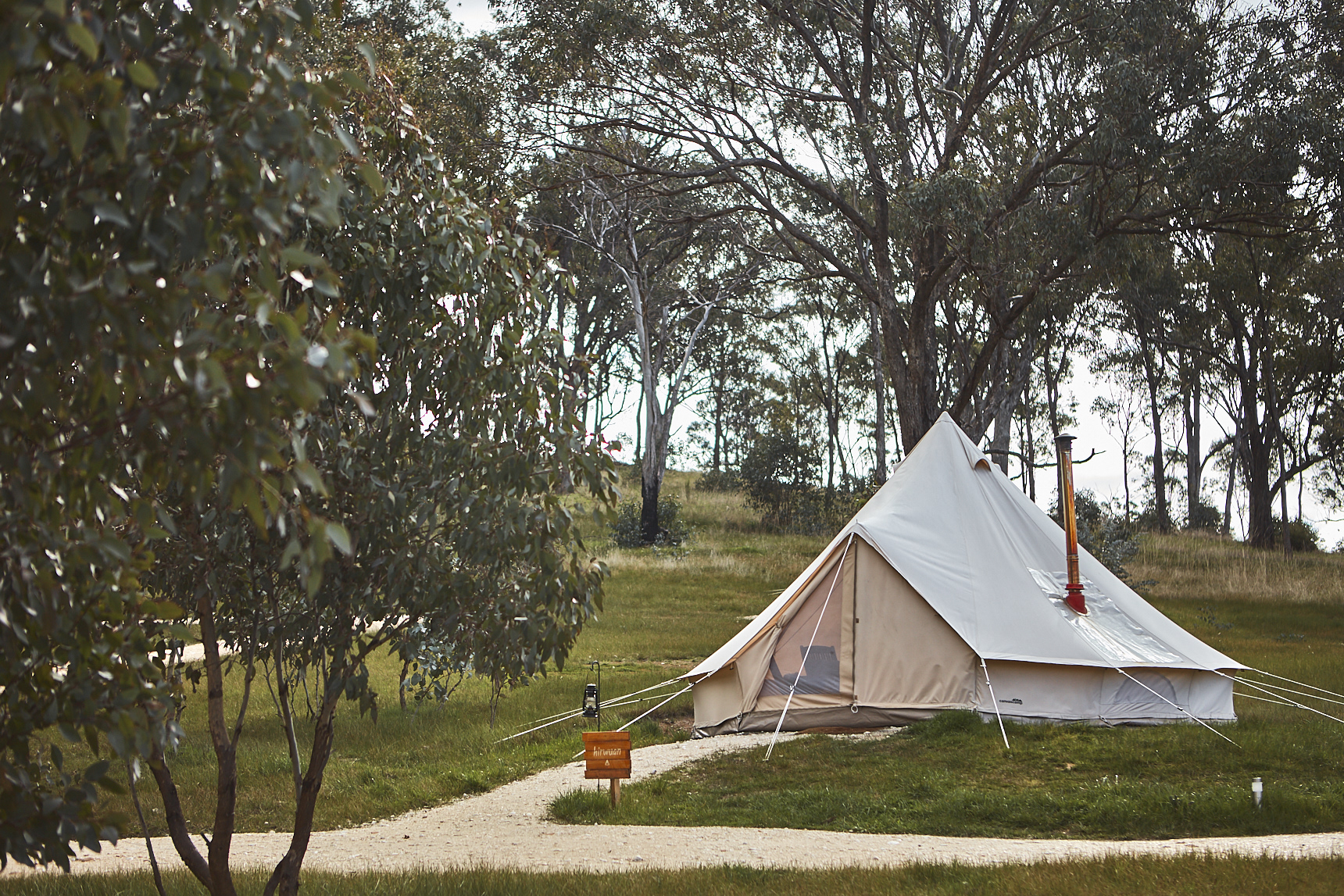 Stay – Cosy Tents Daylesford
The word “glamping” is being increasingly thrown around with reckless abandon but there’s often not much glamour about a tent. Cosy Tents in Daylesford, about a 40-minute drive north-west of Holgate, is the genuine exception. Each tent has its own private wood-fired oven. Importantly, there’s an honest-to-God bed under every canvas, and Moët et Chandon can be delivered for special occasions (like going camping!). The real selling point, however, is the surroundings – a quiet isolated hillside with swaying gums. You’re not going to be wanting to leave here early. 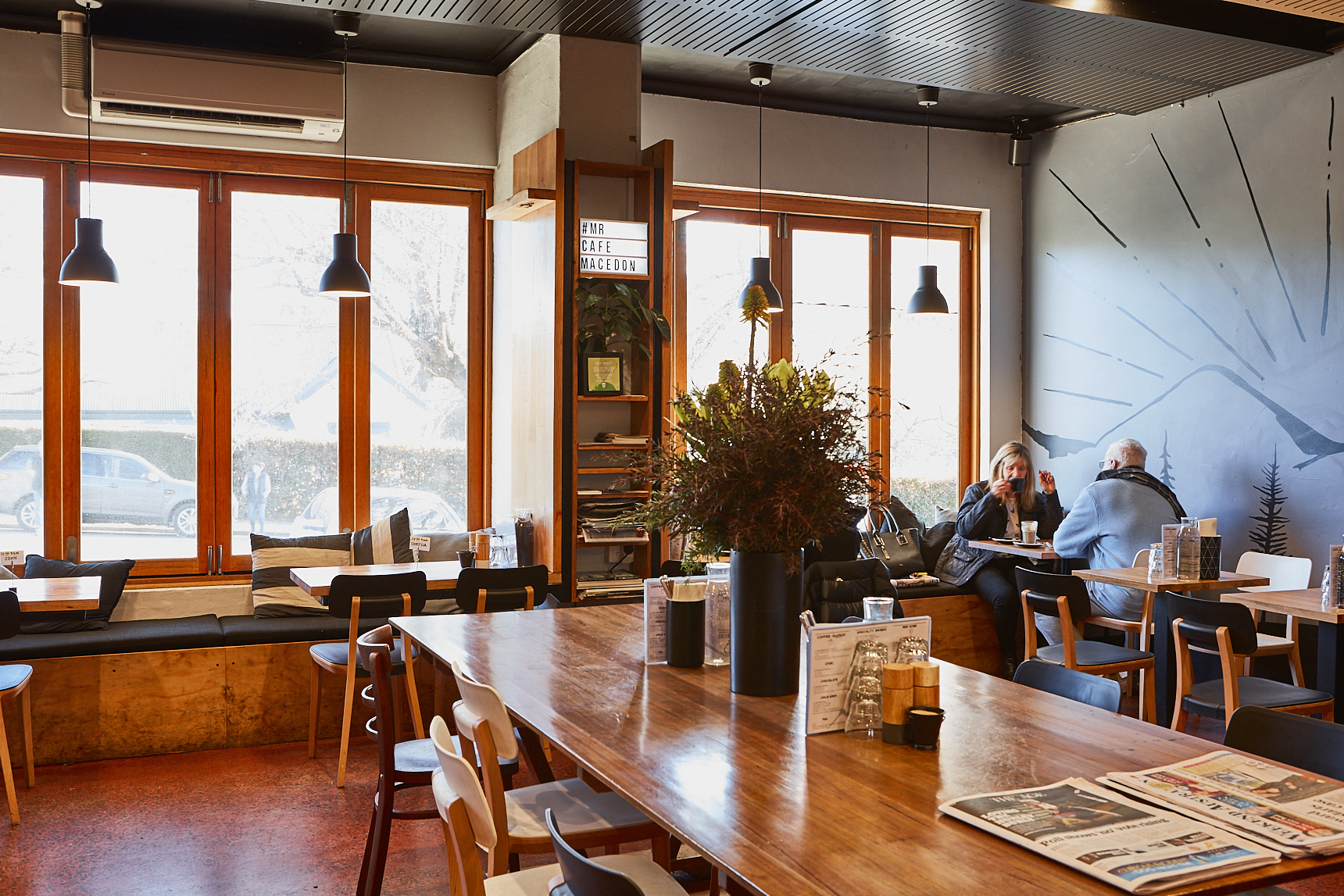 Breakfast – Mr. Cafe in Macedon
Having rummaged through your complementary breakfast box and burnt some eggs on the fire at Cosy Tents, lazily drive your way through the tree-lined highways from Daylesford to Macedon.

This sweet little joint in downtown Macedon has all the charms of your urban cafe in a country location: jaffles, fresh juices, and AllPress Coffee. Mr. Cafe also serves Anushka chai made locally in Woodend, and matcha lattes and fresh bagels with beetroot-cured salmon. This is your chance to carb-load before the final leg of your adventure. 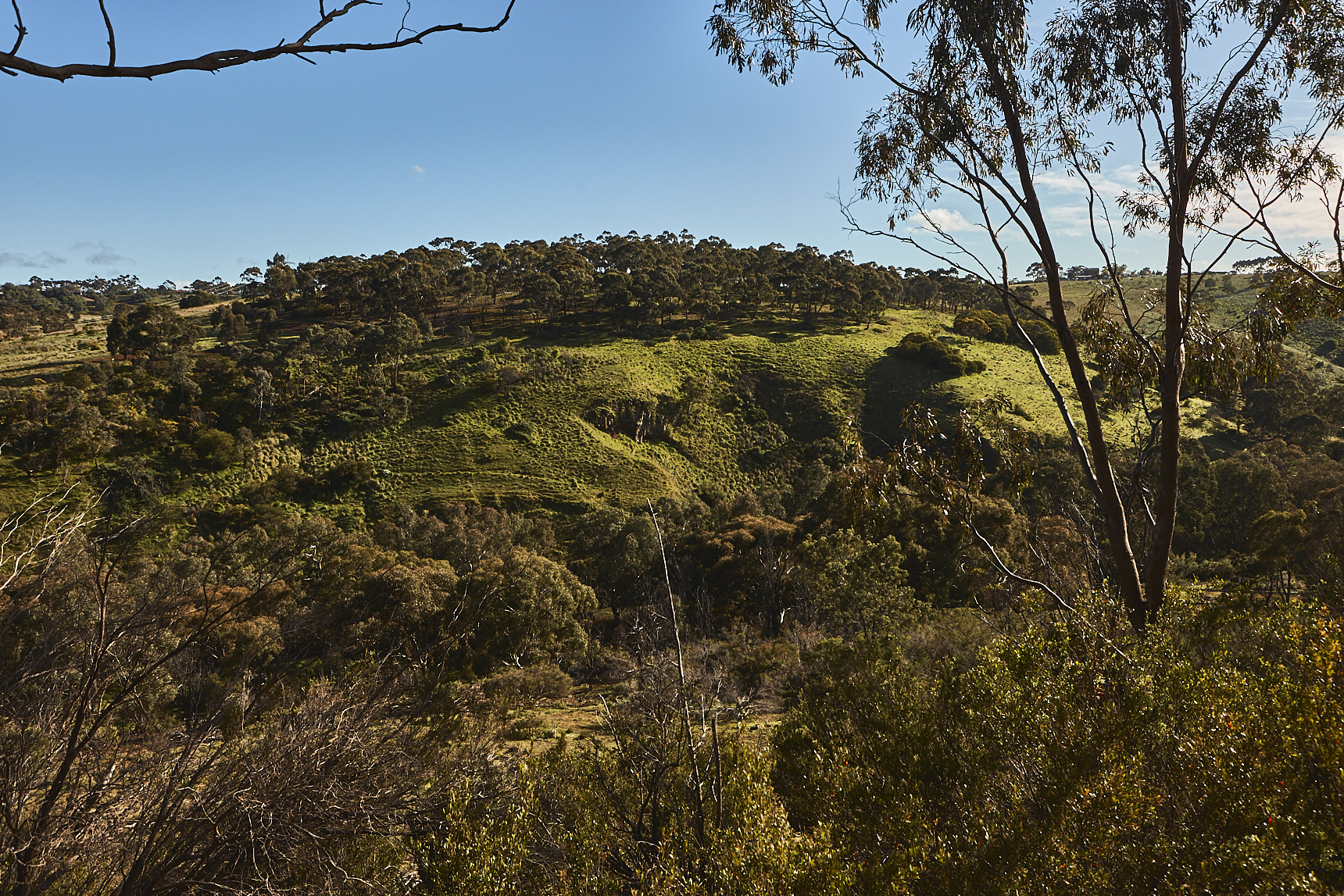 Adventure – Organ Pipes National Park
Just 22 minutes down the Calder Freeway towards Melbourne you’ll find the Organ Pipes National Park, a geological wonderment right on the city’s back doorstep. The pipes themselves are a wave of basalt columns formed by cooling molten lava from Mount Holden – some real fantasy-world kind of landscape. It’s a short (albeit steep) walk through the park, where you’ll also find Rosette Rock, which despite its flowery name looks a lot like an intergalactic sandworm – and the Tessellated Pavement, which is not dissimilar to the Giant’s Causeway in Northern Ireland. If you take the time to wander through the 121 hectares of national park, you might come across some of the resident fauna – eastern grey roos and the occasional swamp wallaby.

Once you climb your way back up to the carpark it’s a mere 20-kilometre drive to the comforts of home. And a well-earned rest. 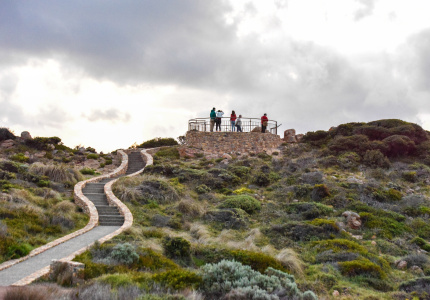 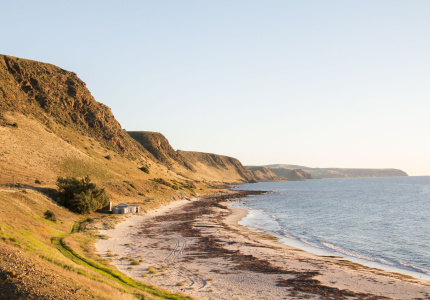 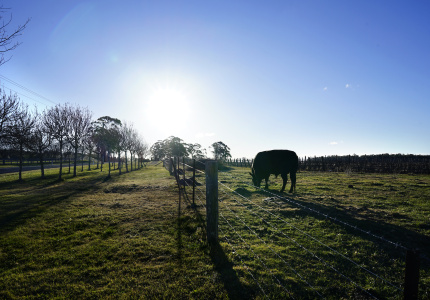