Botanica by Brent Savage will use ingredients harvested from One&Only Reethi Rah’s gardens, cooking them over flames on an open-air charcoal barbeque. 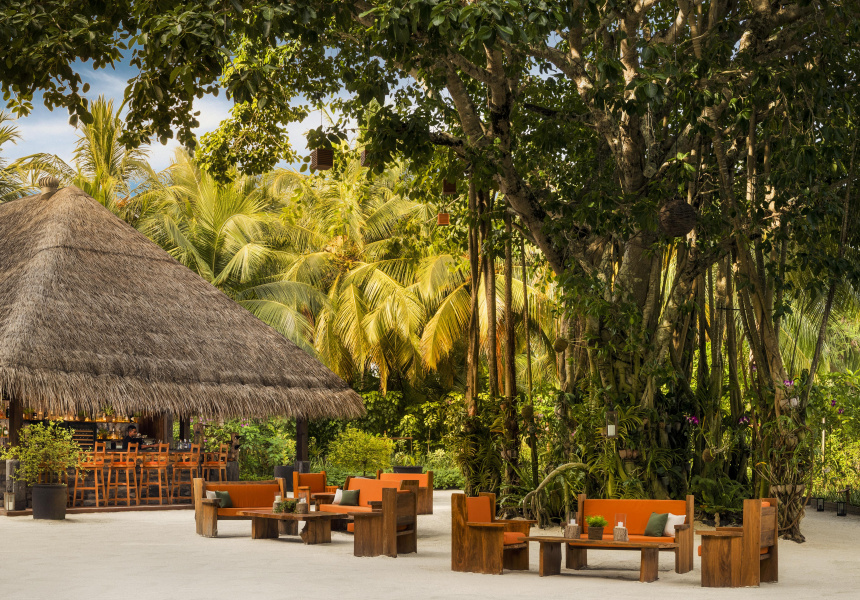 Savage first visited the private island resort in 2018, when he oversaw a pop-up of his plant-based Potts Point restaurant, Yellow, one of Sydney’s most respected vegetarian restaurants. The new outdoor eatery will source much of its produce from the resort’s herb and vegetable gardens, and the waters surrounding the island. Dishes such as hand-caught Maldivian rock lobster with pickled wakame, buttermilk, sea succulents and finger lime will star on the menu, and dishes will be cooked over open flames on an outdoor charcoal barbeque. Guests will be able to dine by candlelight in the chef’s garden, surrounded by greenery and the scent of herbs, or in the depths of the resort’s orchid house.

Hildebrandt is looking after the extensive wine list, with bottles from iconic and up-and-coming producers in Europe and Australia. There’s also a gin bar with more than 34 varieties from around the world.

Savage is known for crafting elegant menus that deal creatively with meat and vegetables alike, and One&Only will begin growing more veggies for him to work with. “Botanica is a really exciting place to cook,” he says in a statement. “I love that the restaurant is in the middle of the island. The space has a jungle-like feel as it is surrounded by established organic vegetable and herb gardens which supply produce that we integrate in the menu.”