From Taupo to Gisborne: a Road Trip Guide

The drive between Taupō and Gisborne might not be long but there are plenty of diversions along the way – bubbling mud and sulphur pools, seafood buffets overlooking ancient calderas, and charming beachside brewpubs. In partnership with Tourism New Zealand, here’s how to tackle it. The drive from Taupō in the heart of New Zealand to Gisborne on the North Island’s east coast is relatively straightforward – head down State Highway 5 before skirting Hawke’s Bay and breaking north for Poverty Bay.

But you’re better off taking the slightly longer route, north out of Taupō towards Rotorua and Mount Maunganui beyond, and then following Highway 2 south-east to Gisborne. Along the way, you’ll discover fantastic cafes and restaurants, dramatic thermal parks and pristine coastlines.

In partnership with Tourism New Zealand, here’s Broadsheet’s guide to tackling the drive from Taupō to Gisborne – what to see and do, where to eat and drink, and where you can lay your head along the way.

Storehouse
In the backstreets of Taupō in an old industrial estate you’ll find Storehouse, a handsome neighbourhood cafe that shares a warehouse tenancy with an auto repair workshop. Locals flock to this place. You’ll see them sitting among the greenery arranged by an in-house florist, debriefing over Auckland-roasted Kokako Coffee (served espresso, filter and cold brew) and breakfasts of bubble-and-squeak, chicken waffles and poke bowls. Where to sit? On the cafe’s natty timber-lined mezzanine is best.

Stratosfare
It’s a buffet, but don’t fight it. Go with the flow in this restaurant on the slopes of Mount Ngongotaha and you’ll have an army of rotisserie chefs carving New Zealand lamb and dishing up trays of oysters. There’s an enormous array of fresh salads, a tidal mussel tank and a cook employed just to make waffles. For drinks, there’s a lengthy wine and cocktail list. Still, you’re really here for the views, which look out over Lake Rotorua and Mokoia Island. They’re best enjoyed with a window seat, or via the on-site Skyline gondola – a return trip to the top of the mountain can be paired with dinner.

Okere Falls Store
You can’t miss this roadhouse on the way out of Rotorua. Inside, you’ll find racks of wine and locally-made dry goods, and fridges full of cold wine and fizzy drink. There are cut sandwiches, hampers and a cake fridge, from which you can arrange a takeaway picnic. The food is made with the soul in mind – think jackfruit burgers, kimchi toasties and a pumpkin smash. You can eat in and make a meal of it on the verandah, but Okere Falls Store also has grocery basics such as milk, butter, cheese and meat, if you’re staying nearby.

Volcanic Hills Winery
Volcanic Hills Winery is not your average cellar-door experience. First, you’ll need to take Rotorua’s Skyline gondola to get there. As you climb, you’ll take in views of lakeside Rotorua, the pine-clad mountain and the distant hills. It’s a spectacular view, but once you arrive at the tasting room you’ll realise that what’s inside is just as impressive. This fabulous timber-and-stone hideaway is lined with racks of Volcanic Hills’ impressive range of chardonnay, pinot noir, pinot gris and sauvignon blanc. It’s a brilliant place to spend an hour, sample what’s on offer with a tasting, or go larger with a bottle and some charcuterie or cheese. You can take wine away with you, but you can also order online later if you’re not keen to haul a case down the mountain.

Sunshine Brewing
Since 1989 Sunshine Brewing has been hard at work perfecting its line of zesty small-batch beers. On any given afternoon, Sunshine’s fabulous brewhouse with its sawtooth roof is filled with surfers, their wetsuits drying while they eat hot pizza and drink pilsner. Sunshine’s brews are divided into two categories. There’s the core range, which features contemporary favourites such as a Mexican lager and a summer ale. And there’s the heritage range – Gisborne Red, Gisborne Green and Gisborne Gold – that Sunshine has been brewing since day dot. Also on rotation are some seasonal numbers served tap-only. Take a few away with you.

The Lake Motel
If you can swing it, the best place to stay in New Zealand is at your mate’s bach (pronounced “batch”), which is generally a weatherboard bungalow somewhere near a beach or lake. But capturing some of that spirit is The Lake Motel in Taupō. Lovingly restored, the rooms feel like time capsules of mid-century modernism. You can choose from a ’60s-themed suite, two ’70s-themed suites, and a similarly retro-themed courtyard suite and studio rooms. The rooms might feel like carefully curated throwbacks but they come with 21st-century accoutrements, including wireless internet, smart televisions and modern kitchenettes.

Cedar House
Once the boarding house of a private girls’ school, these days Gisborne’s Cedar House is a five-room boutique B&B. It is housed in an immaculately kept, heritage-listed Edwardian property a stone’s throw away from Waimata River. Each room has been individually detailed in luxurious fabrics, a mix of period and modern furniture, timber panelling and elegant wallpapers. But Cedar House offers more than lodgings – there’s a continental breakfast served every morning in the dining room, and hot drinks and complimentary refreshments are always available in the kitchen. It’s within easy walking distance of cafes, restaurants, the harbour, Tairawhiti Museum and art galleries.

Huka Falls
The mighty Waikato River is a graceful giant as it curls away from Lake Taupō and begins its long journey towards the west coast – until seven kilometres downstream it reaches a narrow channel formed by ancient volcanic rock, and more than 220,000 litres of water a second is suddenly funnelled into a shallow ravine. The effect is similar to that of an enormous pressure washer. The result is Huka Falls, where the water bursts over an 11-metre drop and plunges into a frothing pool below. You can witness this mighty display of nature via a narrow footbridge that sits just above the falls, but you can also admire it from below with a river cruise or jet-boat adventure.

Hell’s Gate
The spa experience is fundamental to New Zealand culture and this geothermal park in Rotorua is perhaps the country’s most incredible example of an ancient hot spring. A place where locals have been gathering for more than 700 years, the baths at Hell’s Gate are owned and operated by the Ngati Rangiteaorere iwi and offer a number of fantastic experiences. There’s a guided or self-guided interactive tour of the steaming reserve, which allows you to witness erupting waters, an active mud volcano, land coral and a hot waterfall. But really you’re here to bathe in the mud baths and the naturally heated sulphur spa. To make the most of your visit, combine all three experiences by following up the tour with a session in the geothermal mud and sulphur waters.

Mount Maunganui Mauao
Rising steeply from the ocean at the end of a long sandy spit, Mount Maunganui, or Mauao, is considered sacred by local Maori people. The walking tracks to the top of this 232-metre-high extinct volcano provide panoramic views across the Bay of Plenty. But Mount Maunganui is also a suburb of holiday town Tauranga, and a fabulous place to stop for a couple of days. While here, you can enjoy swimming on the brilliant beach, paddle boarding on Pilot Bay, dipping into hot ocean pools at Mount Hot Pools, or cafe, restaurant and market hopping.

Wairakei Terraces
Take a dip in a hot thermal pool, said to have a holistic therapeutic benefits. The mineral-rich water and clays of Wairakei have traditionally been used for their restorative qualities and at Wairakei Terraces, pools of varying temperatures are strategically positioned below silica terraces and a waterfall, taking full advantage of the geothermal water flow that is drawn to the earth’s surface from 1.5 kilometres underground.

This story was produced by Broadsheet in partnership with Tourism New Zealand. Stop dreaming about New Zealand and go. 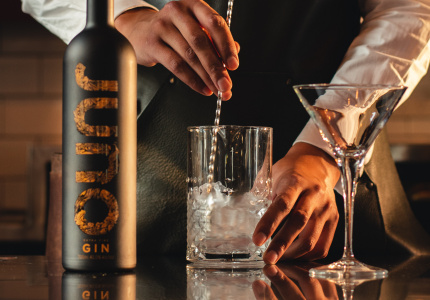 A Guide to the Best Local Cuisine in Hamilton, New Zealand