With its rich indigenous history and still-pristine cool temperate rainforests, Tasmania’s ecosystem truly is at the heart of Australia’s heritage. And, it’s right on your doorstep. Here’s how to see the best of the Tasmanian wilderness. 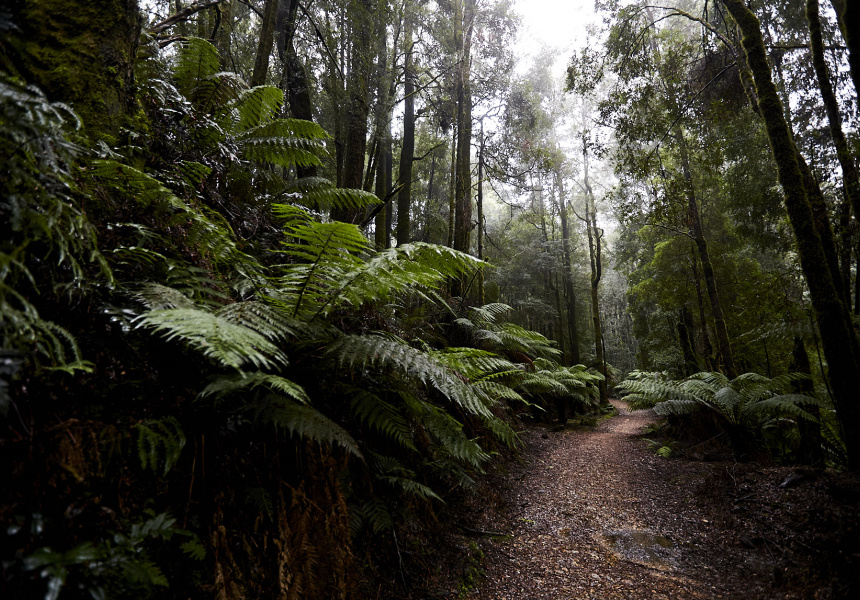 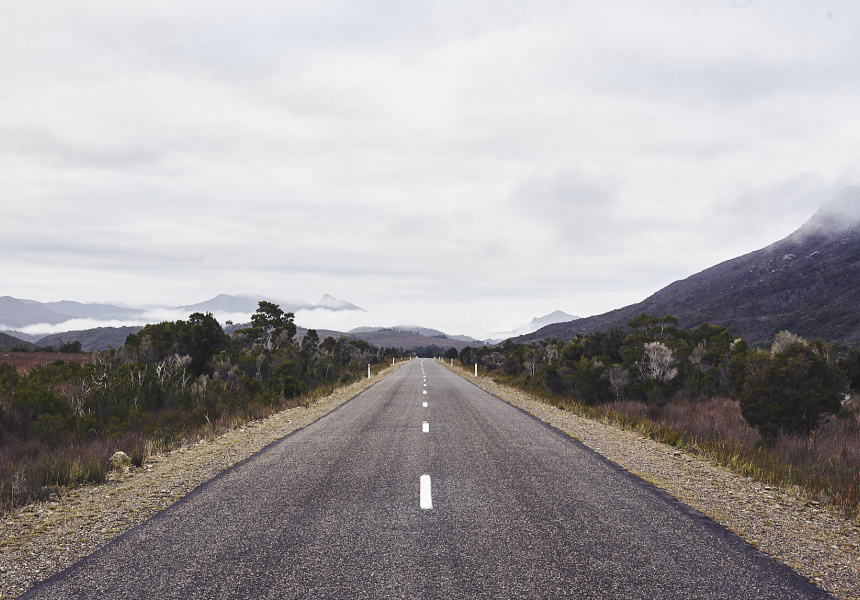 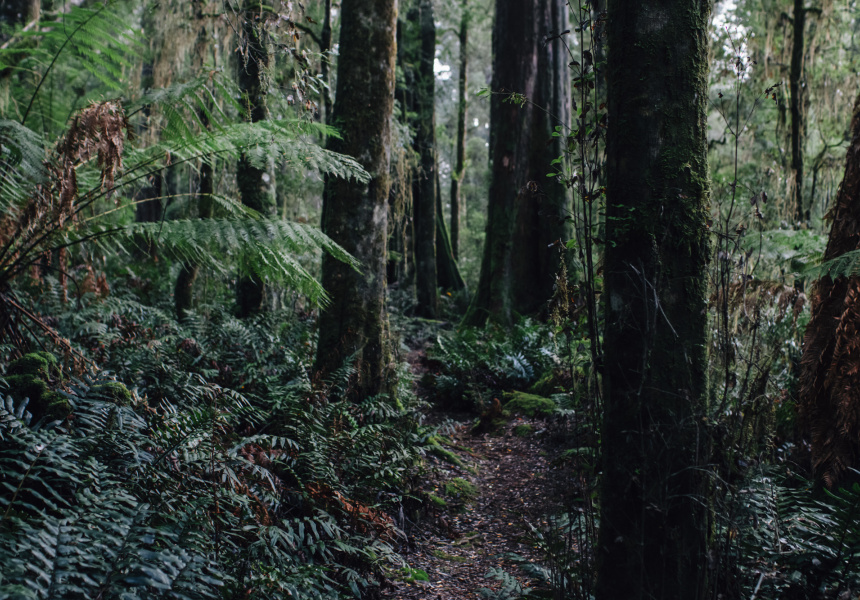 Normally, it’d be an unforgivable cliché to say that so-and-so was the most beautiful place on Earth. The problem is that with Tasmania, it’s probably true. Wander off the road for 10 or 20 metres and you’re suddenly transported through time, standing among millennia-old Huon Pines and flecked with water from a colossal fall. With thousands of square kilometres to explore, you’re going to need a car. It’s easy to take yours with Spirit of Tasmania - just drive it on and you’ll be ready to go as soon as you dock in Devonport. Here’s where to start.

From the harbour at Devonport, head straight into the highlands. Part of the World Heritage Area, Cradle Mountain-Lake St Clair National Park is one of the state’s most enduring destinations.

For the thrill-seeking traveller, there’s the Cradle Mountain Canyons. First, you don a wetsuit and a hard-hat, then, you slither, abseil and parkour your way through the ancient crevices – with the help of a trained guide, of course.

The Overland Track, which takes up to six days to walk, begins at Dove Lake, and treks 67 kilometres up around Mount Ossa and through to the glacial Lake St Clair.

The lake is Australia’s deepest natural freshwater lake, stretching for more than 17 kilometres in the heart of World Heritage Area, ringed by an impressive mountain range. You’ll stop in at Echo Point Hut along the way – where you might have to stay if the weather turns ugly.

Climbing Cradle Mountain itself, on the other hand, will only take six hours, so the less intrepid can get some mountain air too.

Sadly, Tassie devils are having a rough time of it. The much-publicised facial-tumour disease has decimated the local population. But, the Bonorong Wildlife Sanctuary is doing everything it can to help, providing care and a temporary home for threatened Tasmanian fauna. And, you can get surprisingly up-close and personal while you’re there.

Along with their sizeable devil population, Bonorong provides accommodation for a literal menagerie of iconic Australian critters – Tawny Frogmouth Owls blend into scenery, koalas laze in the crook of a branch, and a mob of Eastern Grey kangaroos will eat right from your hand.

Most importantly, your visit supports a good cause, with ticket sales helping Bonorong keep its 24-hour rescue program, seabird rehabilitation enclosure, camera-trap monitoring of quolls in the Tarkine and a captive breeding program for devils.

There’s a reason the Greens movement began here in the Franklin-Gordon National Park. Nearly 4500 square kilometres are covered with pristine wilderness, with extraordinary mountain peaks and the mighty Franklin River surging through the middle of it. It’s a little overwhelming.

To truly explore this ancient ecosystem would need more than a lifetime, but it’s easy to get a good overview. The Lyell Highway runs 56 kilometres through the park, and there are plenty of short walks that’ll yield extraordinary results with little effort. The Nelson Falls Nature Trail, for instance, is only 20 minutes return, but guides you through a moss-covered forest to a spectacular waterfall. The Franklin Nature Trail takes you down to the banks of that iconic river, which surges over time-worn stones.

For the more adventurous, Frenchmans Cap Walking Track can take four to five days, crossing the Franklin and winding up to the summit of the mountain. The river’s also accessible by boat, with the journey beginning in the coastal township of Strahan and winding down throughout the park. But how you get there doesn’t really matter – every inch of Wild Rivers is genuinely amazing.

Given that First Nations people have lived in Tasmania for at least 35,000 years, it’s more than a little perverse that the island’s highest waterfall is named after a 15th century Aztec. That said, it’s a powerful sight to behold. Falling 104 metres in a single drop, it’s best viewed from a swing bridge that spans the valley – or at the base if you don’t mind getting damp.

It’s a three-hour, eight-kilometre return walk, but it’s definitely one of the easiest – the railway sleepers from the Montezuma Mining Company have been redeployed to sure up the path along the way. A pro-tip, however: ensure your boots are waterproof.

From Montezuma falls, drive north-west into one of the world’s most ancient rainforests. Spread over an astonishing 447,000 hectares, the Tarkine is the largest remaining parcel of cool temperate rainforest. Leatherwood, pine, myrtle, buttongrass moorlands and eucalyptus forests all grow here to prodigious size and ages.

Known as “Takayna” in Palawa, the language spoken by Tasmanian Aboriginals, the forest is a site of powerful importance to Indigenous people. Shell middens, rock carvings, hut depressions and seal hides are all still visible across the Tarkine region.

Arthur River serves as an entry point to the Tarkine, which can be visited by foot, by boat, or via the South Arthur Forest drive and the Western Explorer.

From the Tarkine, you can head north through the Arthur-Pieman Conservation Area, up through Roger River and Smithton, then follow the coast road back through Burnie to Devonport. From there, Spirit of Tasmania will be waiting at the dock to sail you back to Victoria. But don’t worry – you’ll be back again. 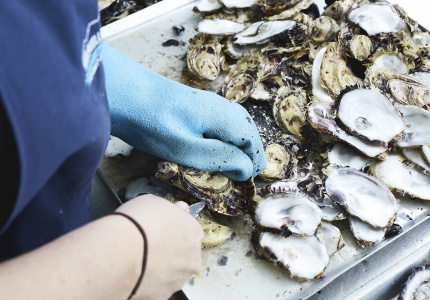 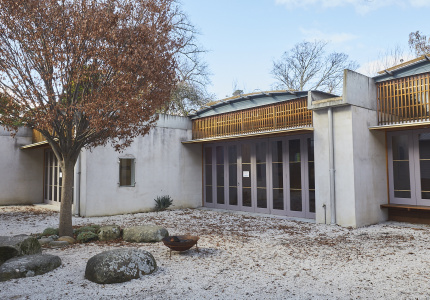