Tamsin Johnson is a leader in Australian interior design. In partnership with Qatar Airways and its new European destinations, we asked the well-travelled London-schooled tastemaker about the best places to visit and stay during the European summer. 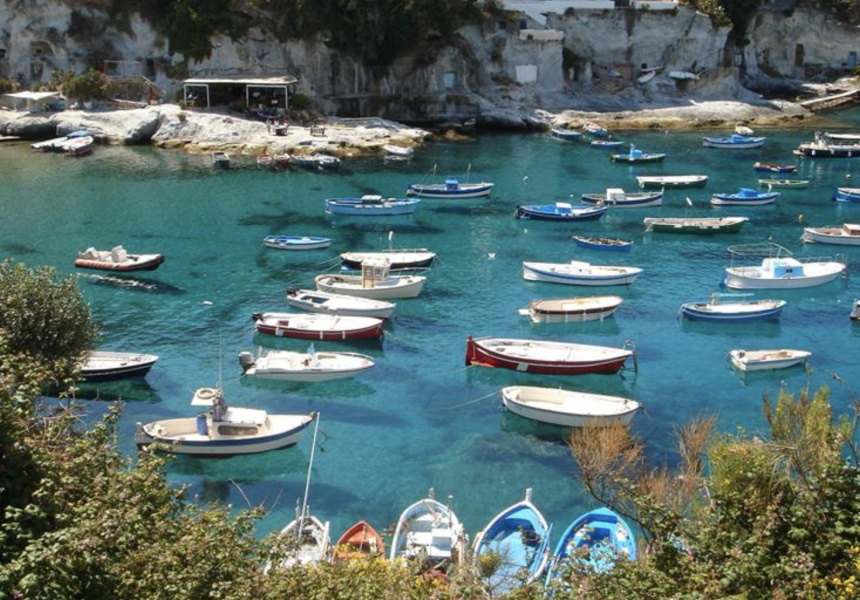 Sydney-based interior designer Tamsin Johnson developed an eye for artistic detail at a young age – perhaps no surprise considering she’s the daughter of antique dealers. She now runs her own practice, but before that Johnson did time abroad studying interior design at the Inchbald School of Design in London. She has travelled extensively across Europe with her young family and knows the continent’s artistic and architectural highlights.

We asked Johnson for her top picks for European stays – both intimate and bustling – over the Northern Hemisphere summer.

Beaches, sunsets and people watching – Capri, Italy
“Capri may be known for tour groups and beaded sandals,” says Johnson of the Italian island, “but it’s one of the most beautiful places in Europe.” Johnson suggests basking under the signature blue-and-white umbrellas at the La Fontelina beach club before people watching at the Piazzetta’s main square. For sunset head to the beach club Lido del Faro on the other side of the island, “also a wonderful place to spend the days.”

Art treasures against a stunning backdrop – Saint Paul De Vence, France
A medieval town on the French Riviera just an hour from Nice, Saint Paul de Vence is a “postcard-perfect hilltop town long known for its arts scene,” says Johnson. She singles out the history-rich La Colombe D’Or as “one of the best restaurants and hotels in Europe.” Famous artists used to stay there, exchanging some of their work for room and board, “so the hotel is full of Picasso and Matisse works hung casually around the rooms and common areas.”

Unique triumphs of creativity – Venice, Italy
There’s more to Venice than its signature canals. In summer the La Biennale di Venezia is on, which alternates yearly between art and architecture. “There is nothing quite like it,” says Johnson. She also recommends the art museum Palazzo Fortuny. “It’s four levels of contemporary and traditional works, in a palatial but rustic building.”

Nightlife architecture and a memorable lunch – Vienna, Austria
Vienna made a huge impression on Johnson, who calls it “truly one of the most spectacular cities in Europe.” For lunch, she singles out Schweizerhaus, “an unforgettable beer garden in the middle of an amusement park. Everyone dines there.” For night life she loves Loos Bar, “designed by Adolf Loos, the incredible modernist architect who revolutionised architecture. Every element of the bar is perfectly detailed.”

An island paradise cherished by locals – Ponza, Italy
Just a few hours from Rome, Ponza is a longstanding weekend destination for locals. “Each day you rent a little boat from the local port, prepare snacks from the local trattoria and snorkel the incredible beaches around the island, or pull your little boats right up to the restaurants,” says Johnson. She says the restaurant La Marina, nestled on the rocks on Cala Feola Beach, is so authentic that you’ll need to bring along someone who speaks Italian.