The refitted vehicles come with an “anti-Google Maps” app designed to take you off the freeways and onto dirt roads. 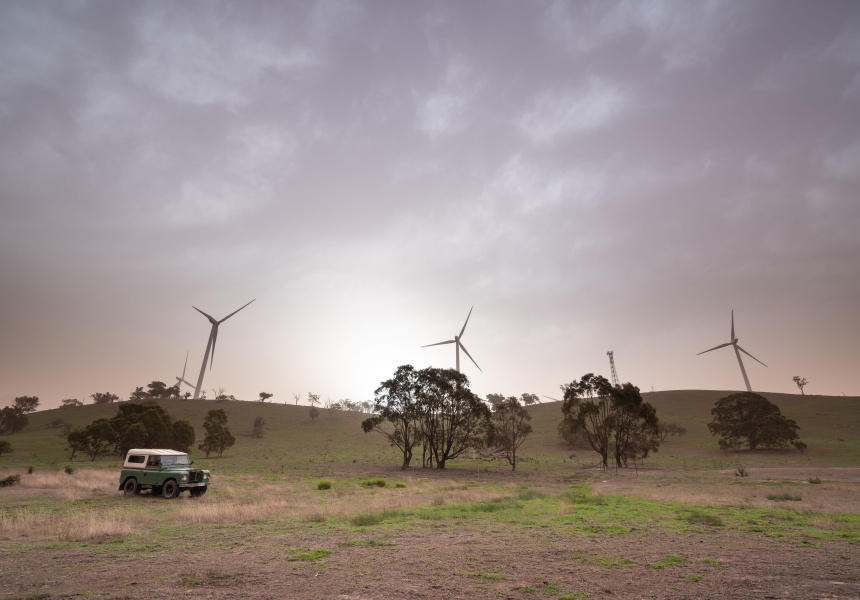 We’re in a bit of a tricky spot when it comes to adventure travel. While packing a 4WD and hitting the road allows you to take your time and see sights like a local, it also leaves behind a trail of fumes.

But startup car-rental company Jaunt wants to change that. Co-founded by adventure enthusiasts Dave Budge and Marteen Burger, Jaunt’s mission is to make seeing Australia as sustainable as possible by upcycling old 4WDs and converting them into electric vehicles.

“There’s so much to explore in Australia and there’s an element of wanting ... authentic and personal travel experiences,” Budge says. “We want to make you feel like a local, so you’re not rolling into town in a Corolla with the rental car sticker on it.”

Trips start from either Byron Bay or the Blue Mountains in NSW, or Daylesford or Mornington Peninsula in Victoria. You’ll pick up a vehicle, then Budge and Burger encourage you to follow one of the custom itineraries they’ve created with locals. They prioritise dirt roads over freeways and quiet local cafes over roadside fast-food joints. The maps are available in print or via a Jaunt app, which you can link up to the car’s digital screen.

“We want to be an anti-Google Maps. Google tells you the quickest way to go, but there’s usually a dirt road version that’s much prettier that the locals usually go,” Budge says. “That’s something mapping solutions don’t cater for. [So] you’re getting an experience that’s designed by the community to experience the best of that community. Our dream version [of Jaunt] is that we source the original vehicle from a particular location, then we work with the local community to restore it and to put together local experiences.”

Budge bought his first 4WD in his twenties and has spent many hours since exploring the winding, dusty, unpaved roads that crisscross outback Australia. But he felt guilty about the impact of these diesel-powered machines and, after quitting his job in a digital agency, reconnected with former colleague Burger. They launched Jaunt with a crowdfunding campaign in October last year.

“It felt like the time was right for Australia in a way it hadn’t been before,” Budge says. “We’ve had Tesla and a few other companies making EVs [electric vehicles] cool. But Australia has one of the lowest adoption rates of EVs in the world and one of the highest emissions rates in the world. If you look at the kinds of vehicles in demand in Australia, it’s vastly utes and 4WDs, but if you look at the EVs available, it’s sedans and hatchbacks. Australia is also one of the world’s great adventure-tourism destinations, so Jaunt is bringing all of that together to create something that’s uniquely Australian.”

“We’ve chosen to start with Land Rovers because there are so many of them, and because no matter when they were built they’re all kind of the same under the hood,” Budge says. “Converting them to electric can be equated to building a PC on your own. The parts are all designed to fit together.”

Eventually, the idea is for Budge and Burger to source aging, unused 4WDs from farms and paddocks around Australia. The pair is also working on Founder's Edition vehicles: custom builds for private customers.

Jaunt works with Evolution, an Australian-owned electric car installation and parts company, to re-fit the cars. Budge estimates the battery for each vehicle lasts around 200 kilometres, and while trip itineraries will always fit within the driving range of the car, there’ll also be charging stations along each route.

Car hire starts at $200 for one day, and $300 for a weekend. For more information and to book, fill out the form here.