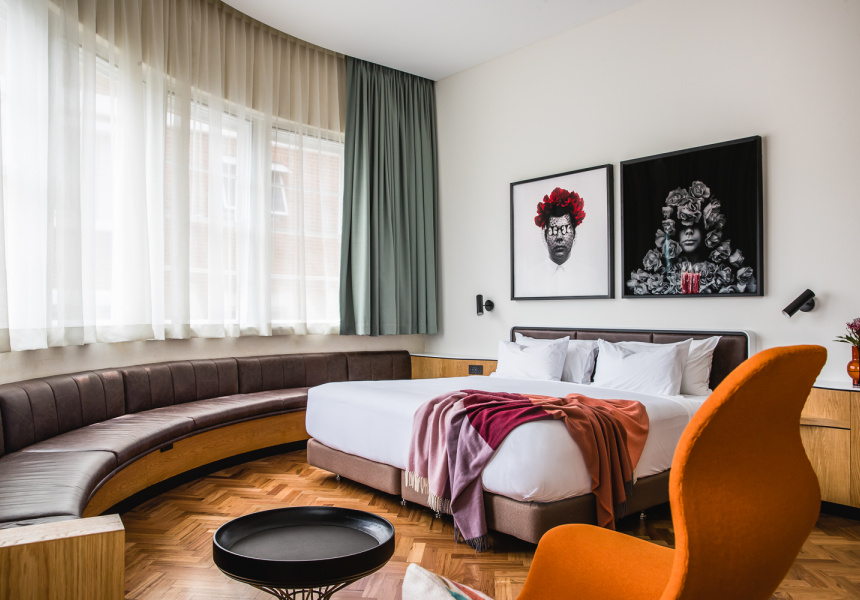 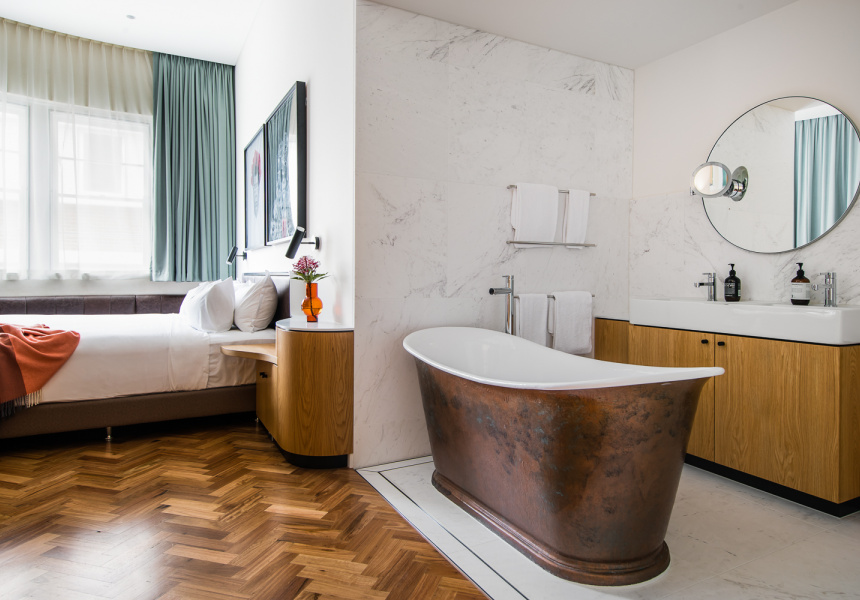 There is new room at the inn at Sydney’s boutique Old Clare Hotel. The north wing of the Chippendale boutique property, previously home to Silvereye restaurant, has been transformed into seven art deco rooms in addition to the hotel’s existing industrial and contemporary rooms.

The Old Clare opened in 2015 on the site of a former pub and the CUB administration building near Central Station. At the time, the gritty inner-city suburb was going through radical change thanks to a vast renewal project of the Carlton United brewery. Buildings were knocked down or turned into apartments, shops, eateries, cafes and other entertainment businesses, and today it’s one of the most exciting precincts in Sydney.

Hotelier Loh Lik Peng’s signature reanimation of the disused CUB administration building (he has other properties in cities including London, Shanghai, Singapore and Dublin) into the hotel proved attractive to visitors and swiftly became the bolthole of choice for visitors looking for accommodation with personality. But the hotel also appealed to locals because it had a couple restaurants (Clayton Well’s upscale Automata and now the more casual A1 Canteen), a rooftop pool bar (which is now open to the public after 15 months of red tape) and a bar.

The refurbishment is the third collaboration between the hotel and John Chesterman, who was project architect on the original build. Chesterman was at Tonkin Zulaikha Greer Architects at the time, working with director-in-charge and design architect Tim Greer.

“We never erase a layer of history from the hotel, instead focusing on enhancing features that embrace the space and Sydney’s culture, and then add our own stories to each room,” says Peng in a statement.

The hotel’s existing 62 rooms have also been refreshed as part of the expansion. The rooms feature a mix of mid-century and vintage furniture, custom American oak cabinetry, king-size beds and HDIPTV supporting wireless streaming.

“The new wing has given us an opportunity to rethink a lot of what we do at The Old Clare Hotel,” says general manager Timo Bures. “We approached the project with as much research and exploration as if it was a new hotel in itself, adding more options for our guests.”

As part of the latest redevelopment, The Old Clare has worked with Gene Sherman, founder of The Sherman Centre for Culture and Ideas (which runs two important fashion and architecture fairs each year) to fill the new wing with contemporary works by First Nations and Australian artists including Greg Semu and Shaun Gladwell, selected from the personal collection of Gene and Brian Sherman.

The hotel will continue to work with the larger Sydney community in 2020, partnering with the Sydney Biennale in March, and there are plans for a series of exhibitions and retail pop-ups in The Bottle Shop adjacent to The Clare bar.