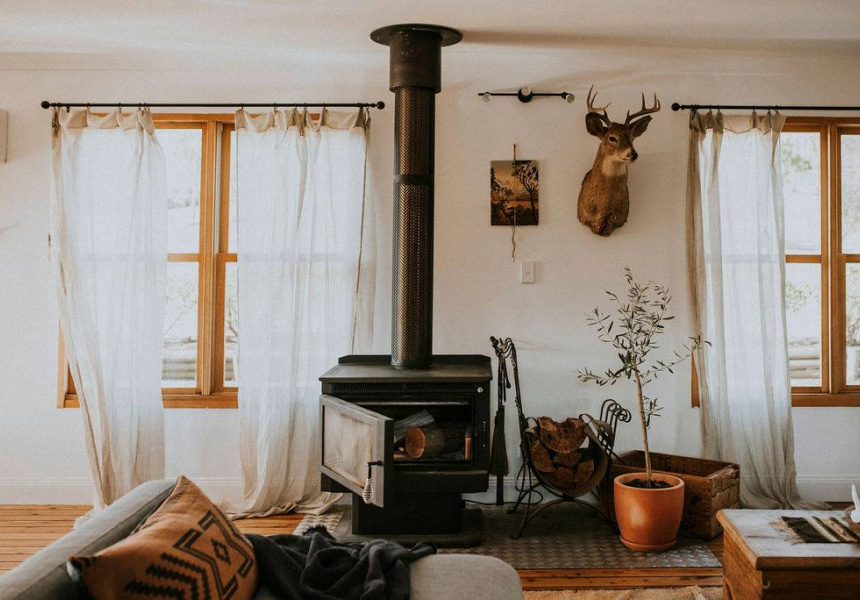 Sydney-raised Grace Brennan made the switch to country life when she fell in love with a farmer from Warren, a quiet town 400 kilometres north-west of Sydney that produces wool and cotton. She witnessed firsthand the financial and emotional impact of Australia’s long-running drought, which inspired her to launch the Instagram account called Buy From the Bush in October 2019.

The account showcases art, clothing, homeware, food and more produced by rural communities, connecting them with buyers all over Australia, particularly in urban areas. Within seven weeks of launching, the account amassed over 130,000 followers and businesses told Brennan they’d had to hire extra workers to help with the surge in demand. The account now has 223,000 followers.

In the midst of the devastating summer bushfire season, Brennan decided to expand her remit. She launched sister page Stay in the Bush,which focuses on accommodation in regional areas, in November last year.

A 100-year-old restored tobacco kiln on a walnut farm in Gapsted, Victoria, is one of the more idiosyncratic destinations Brennan has featured, but you’ll also find a range of pretty farmhouses in bucolic surrounds and glamping locations on working farms. In Jugiong, NSW, horse stables dating to 1845 have been converted into luxurious hotel rooms. In Bridgetown, WA, guests can stay in a 1920s country home in the heart of the state’s truffle region, within walking distance of the Blackwood River as well as local wineries. And in Morgan, SA, a sheep station is home to an 1860s stone cottage just 100 meters from a riverbank.

Brennan hopes the account will inspire people to holiday somewhere they’ve never been before, not only strengthening their connection with the bush, but also injecting much-needed dollars into rural communities, especially those affected by drought and bushfire. And she was tapped to make the 2020 Australia Day Address for her efforts.