Feeling Burnt Out and Stressed? Luxe Wellness Retreat Soma, Set in Byron’s Lush Hinterland, Could Be the Answer

Book in for a multi-day retreat to experience meditation, yoga, coaching and stunning rainforest views. Soon it’s going to be TV famous – as the setting for Nicole Kidman’s latest show, Nine Perfect Strangers. 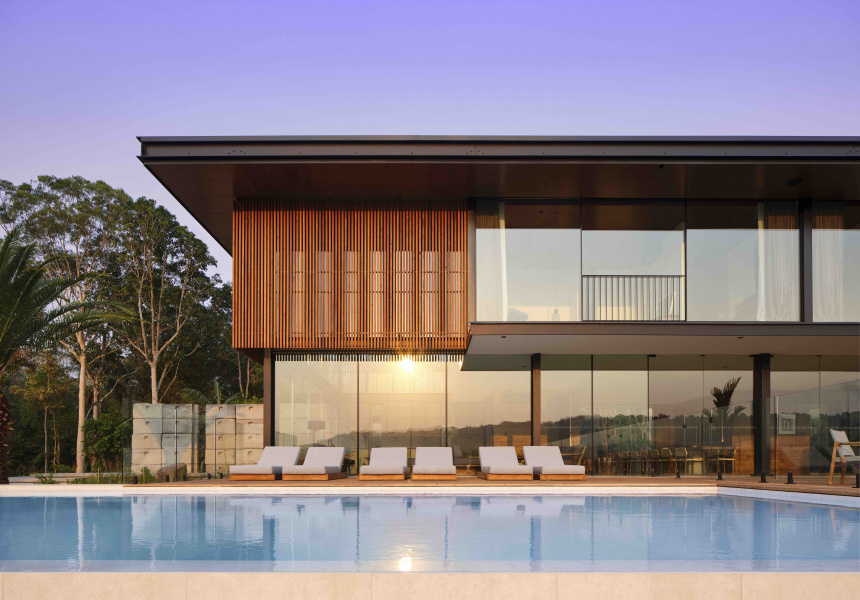 Soma is a purpose-built oasis for weary brains and bodies set on 22 acres of rainforest in the Byron Bay hinterland. Led by Vedic meditation teacher, mindfulness expert, high-performance coach and founder of Sydney’s Conscious Club Gary Gorrow, it offers four programs designed to rest, recharge and renew guests from the inside out.

“The modern world has evolved in such a way that humans are in a constant state of response – whether that be to emails or other stimuli. It’s very rare to be able to completely tap out and just be for a couple of days,” says Gorrow, who over the past 15 years has helped a who’s who of burnt-out business people and celebrities from his practice in Sydney, including Cate Blanchett, Richard Roxburgh and Zoe Foster Blake.

“A retreat is an invaluable way to reset the body and mind and create a new baseline. It’s an opportunity for people to step away from life as they know it and get a clearer perspective, and also flush out the stress and tension from their systems.”

Gorrow opened the luxury wellness retreat in December 2019 with Peter Ostick, and it feels more like a designer home than a hotel. That’s very deliberate – there’s no check-in desk or daily bedroom cleaning service; guests are supposed to feel like they’re at a sanctuary rather than a hotel.

The handsome complex has a shared living area, a freshwater infinity pool, outdoor cinema, treatment rooms and a yoga dome set within the lush gardens. It was designed by Gorrow’s brother, Ksubi creator George Gorrow, who is also behind equally stylish Bali hotel The Slow.

The immersive, multi-day packages take guests through a range of holistic sessions – from yoga and meditation to coaching and mentoring, massage and acupuncture. Meals are made in-house and are based on Ayurvedic principles.

“There’s a huge level of benefit you can get in a short period of time,” says Gorrow. “For example, if someone already has a daily meditation practice, that’s a fantastic thing to do, but during an intensive retreat the benefits you might usually get in three to six months you can see in a few days.”

Soma also previously caught the eye of the team producing Nicole Kidman’s new Hulu series, Nine Perfect Strangers, a screen adaption of the eighth novel by best-selling Australian author Liane Moriarty. A 100-strong crew took over the property until December to film the series, which is set at a luxury wellness retreat called Tranquilium that Moriarty placed somewhere in rural New South Wales.