It wasn’t the busiest year for new accommodation, but there are still some beauties to luxuriate in around the country. 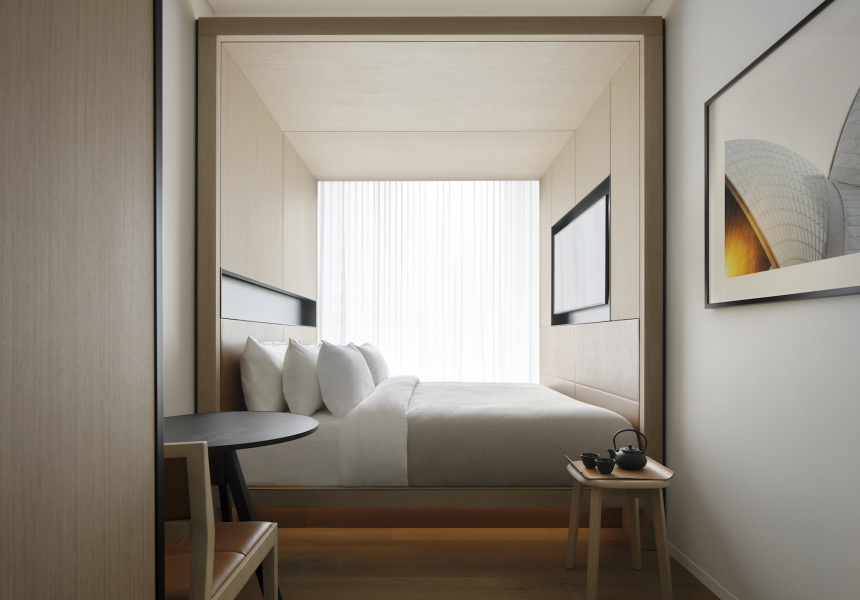 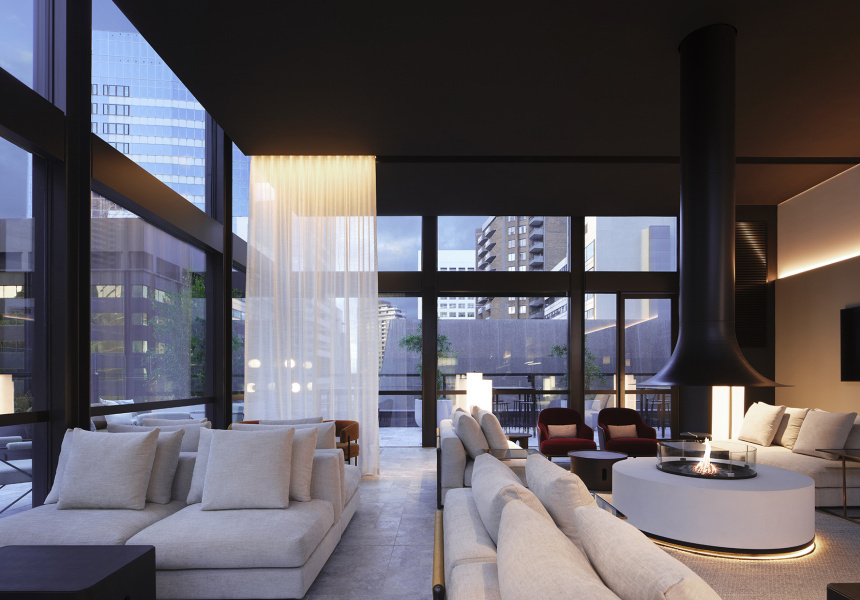 It’s hard to think of a sector in the economy more directly impacted by Covid-19 than the hotel industry. International tourism evaporated in 2020 and domestic travel was curtailed by state border closures, sucking the life out of what had been a years-long boom.

It means there hasn’t been quite the cavalcade of openings that we’ve experienced in previous years. Still, the lead time on hotels is long – you can’t just pull the plug on your new 300-room inn. So while a bunch of new hotels have pushed their debuts into 2021, there’s still plenty to check out across the country.

Here are some of our favourites.

Little National Hotel – Sydney
Little National’s 230 rooms are each just 17-square-metres in size and do away with all the things you don’t necessarily need from a hotel – large wardrobes, desks, lounges – to centre the experience on an enormous super-king-sized AH Beard-designed bed.

It might sound like a claustrophobe’s nightmare, but a Little National room feels more like a private, timber-lined sanctuary that comes finished with an enormous built-in smart TV and a floor-to-ceiling window on one side. Japanese influences – a bamboo garden outside and a cast-iron tea set by the bed – are designed to add to the serenity.

Beyond the rooms there’s a sprawling rooftop deck thick with plenty of greenery, and a plush lounge with a central firepit. Business travellers are accommodated for with a library, which has USB and power ports, a wireless colour printer, unlimited wi-fi, and bottomless coffee and tea.

The central location above Wynyard Station accounts for the rest of the appeal.

Architecture and interior design firm Carr has given the public areas of an old Graeme Gunn-designed building a moody fit-out of theatre-style lighting, plush furnishings and polished concrete. Local furniture from Jardan, Design Nation and Grazia & Co is scattered throughout, along with works by Australian artists such as Roynae Mayes, Laura Woodward and Tristan Kerr.

The drama of the public areas stands in contrast to the much lighter touch in the rooms, which are decked out in white and cream tones and feature plenty of natural light. There are four room types, each featuring a king bed, a 55-inch television, a Bose Sounddock and a well-stocked minibar.

The hotel’s killer feature, though, is its rooftop terrace with an open fire – the perfect spot from which to plot your next Melbourne adventure.

Surfside Motel – Yeppoon
Not a new opening, but Surfside Motel – like everything else in Yeppoon recently, it seems – has just reopened after a major refurbishment, transforming it from an honest 1958-built classic into an Instagrammable Palm Springs-inspired gem.

The modern rooms are coolly decorated, and each comes with ensuite, air conditioning, a kitchenette with basic cooking facilities, super-fast wi-fi connected to smart televisions, and a car park. There’s also a guest laundry, a pool and barbeque facilities, and the main shopping strip and winsome Anzac Parade are just a short stroll away.

Try to book the brand-new Pandanus Room, if you can. This weatherboard gem feels like your grandma’s rumpus room with a beach-bum boutique edge, and sits separate from the other accommodation at the hotel.

Vibe Hotel – Hobart
Located on Argyle Street, right in the guts of the CBD, Vibe Hobart is all about the location, which places you within strolling distance of the Tasmanian Museum and Art Gallery, Constitution Dock, Princes Wharf and Salamanca Market.

Inside, flash public areas are complemented by the more minimalist rooms, where the design and artwork is intended to capture the sea and sandstone cliffs of nearby Bruny Island. Each is finished in rich tones and plush carpets, and features custom furniture built from Tasmanian oak.

The on-site Belvedere restaurant captures the hotel site’s history as The Belvedere – a beloved art-deco dance hall that was once a centre for the city’s social scene. Imagery from the old establishment is captured in brilliant hanging chain art. Otherwise, a bunch of great pubs, restaurants and cafes are within easy walking distance, including Tom McHugo’s, Pigeon Whole Bakers and Lark Distillery.

Crowne Plaza – Hobart
Not content with having one new major hotel, Hobart also welcomed the 235-room Crowne Plaza Hobart in 2020.

Every room in this handsome building faces either Mount Wellington or the harbour. That means you’re guaranteed brilliant views from the higher floors, and the digs themselves are decked out in an eclectic mix of custom-designed furniture intended to reflect the surrounding landscape.

Elsewhere, the hotel’s public areas capture the feel of the nearby harbour with cool shades of blue, silver and grey, and there are timber accents scattered throughout the property – a tribute to Tasmania’s forestry history. There’s also an enormous collection of local fine art from Melissa Smith, Jonathan Partridge and Luisa Romeo, among others.

The final sweetener is a pair of on-site restaurants, The Deck and Core Restaurant and Bar, both of which deal in paddock-to-plate dining, using herbs picked from the hotel’s own rooftop garden. There’s also a 10th-floor club lounge available to guests who book a room on levels 10 or 11.

The rooms here are something else. Ranging in size from 45 square metres to the 305-square metre Grace Villa, all feature floor-to-ceiling windows, sumptuous furnishings and plenty of marble and timber. There are 65-inch televisions, concierge tablets, and Cloud Nine hairdryers and straighteners. You can even order a barkeep up to the room to shake a drink, if you feel so inclined.

The rooms all have views – of either the city, the Adelaide Hills, or the Adelaide Oval and Riverbank Precinct. The hotel also has two restaurants, a spa and wellness centre, a swimming pool and a fitness centre.

In town for a glamorous time? This is where you want to stay.

Crowne Plaza – Adelaide
This new 329-room hotel is located in Frome Central Tower One, Adelaide’s tallest building, which looms over the city’s east end (a picturesque hub of street art, galleries, boutiques, restaurants, pubs, cafes and small bars). It’s a neat location, particularly when the iconic Adelaide Fringe takes over the neighbourhood every February and March.

The rooms here come packed with technology, including in-room streaming via Chromecast, charging stations and bluetooth speakers. But it’s the design details that stand out: velvet furniture; turquoise, yellow and pastel-pink accents; and floor-to-ceiling windows with sweeping views of the city.

The 10th floor is home to the knockout feature – the infinity pool and bar (with city views) – as well as Koomo, a Japanese-inspired restaurant.