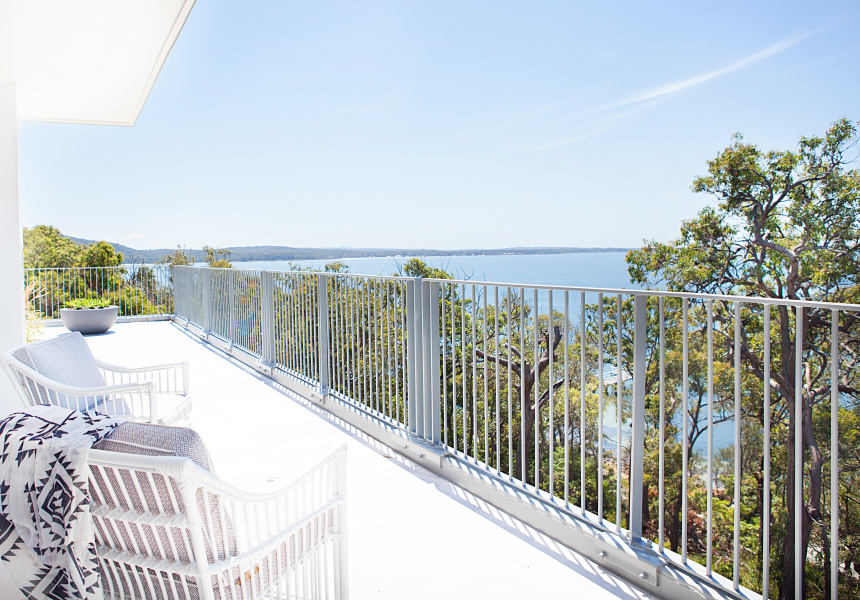 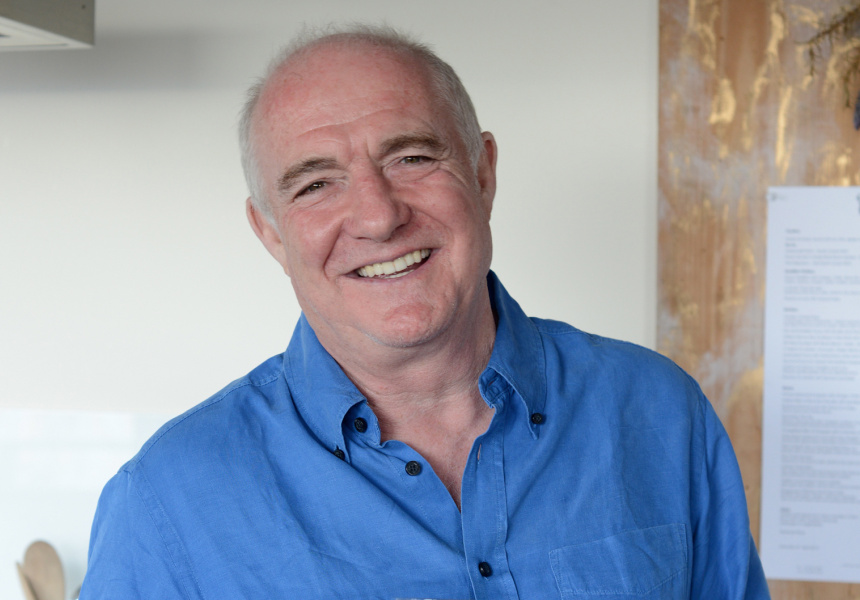 The first time Rick Stein visited the building that would eventually become Bannisters Port Stephens he wasn’t convinced. “It was so dour looking,” he told Broadsheet. “It was a rainy day and the area before you get to the bay [Soldiers Point] isn’t really the best looking, and I thought, ‘This is never going to work– it’s ridiculous’.”

But then something happened that made him change his mind. “We were in the sports bar, which is pretty daggy, and a guy came over and said, ‘I have all your books’. I then thought, you know, maybe there is something about this place,” he says with the tongue-in-cheek humour we’ve come to know from his TV shows Rick Stein’s Far Eastern Odyssey and Rick Stein, A Cook Abroad, among others.

His new Bannisters hotel is a three-and half-hour drive north of Sydney in the quiet seaside town of Port Stephens (not too far from Newcastle airport). The third for Stein and his business partner Peter Cosgrove, the 78-room hotel has come about in much the same way as Stein’s Mollymook venues, Bannisters by the Sea and The Pavilion, did – by taking a tired motel and giving it a zhoosh.

With its sparkling white walls, freshly planted bougainvillea and palm trees, the once ageing Salamander Shores motel never looked so good. It’s double the size of the original Bannisters on the NSW south coast but has that same “barefoot luxury” vibe (although if you’re expecting a place that has porters to carry your bags to your room, this isn’t it).

The airy hotel lobby, decorated by interior designer Romy Alwill (with consultation by Stein’s wife, Sarah), has cane chairs, pastel pink and green couches and an abstract mural. That aesthetic is echoed across its four luxury suites, penthouse and 50 rooms that come with either water or bushland views. There is a lush lawn with deck chairs and a sleek horizon pool with views over a sandy white beach just 50 metres away. Look up and you often see pelicans sailing on the breeze.

If you hear the occasional bark, don’t be alarmed. Accompanying the jet-set are their dogs. As most Stein devotees will know, the chef would travel everywhere with his beloved Jack Russell Chalky, and so in tribute to his canine friend the hotel has a couple of dog-friendly rooms, or “Chalky Suites”.

At the pool staff delivers trays of icy cocktails and snacks such as prawn tacos, steamed bao buns and grilled fish to guests lying beneath grey-and-white striped umbrellas.

If you’re looking for a bigger meal, though, head to the downstairs Rick Stein at Bannisters – the signature seafood restaurant that began in the seaside English town of Padstow in Cornwall. Although the kitchen is steered on a daily basis by head chef Mitchell Turner, Stein’s presence can be felt. “He’s fab,” says Stein, “and very intelligent. He understands that it’s all about my view of the food, and he’s so good about creating it, but also gets it that it needs to be moved on a bit. That’s what I really like, young people seeing what you did but putting in their own spin on it.”

Turner says Stein’s name appearing on his mobile still gives him a sense of nervous excitement; he’s been a big fan of Stein’s since he was a kid. “Rick made me want to be a chef in the first place,” says Turner.

The menu includes local Sydney rock oysters, king prawns and Stein’s favourite Aussie fish, sand whiting. His signature fruits de mer platter and oysters charentaise (oysters with sausage) are also there, as is his delightful fish pie and Madras curry of blue eye trevalla. Stein says you should pair it with “a good class of cold white wine”, perhaps a semillon/riesling made by Hunter Valley’s Brokenwood Wines for the restaurant.

A decent continental breakfast is served here too: an impressive spread of fruits, local charcuterie, house-made Bircher muesli and a larger menu that includes “the full English”.

If lounging by the pool isn’t your caper, there are plenty of activities. Camel rides through the largest set of moving dunes in the southern hemisphere are a 10-minute drive away at Anna Bay, paddle boarding is offered out front, and there’s miles of clean, white sandy beaches to explore. 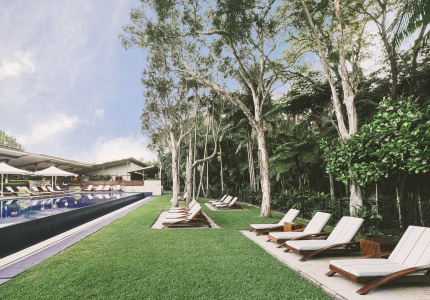