Find suite relief in this newly expanded coastal bed and breakfast a few hours from Melbourne. 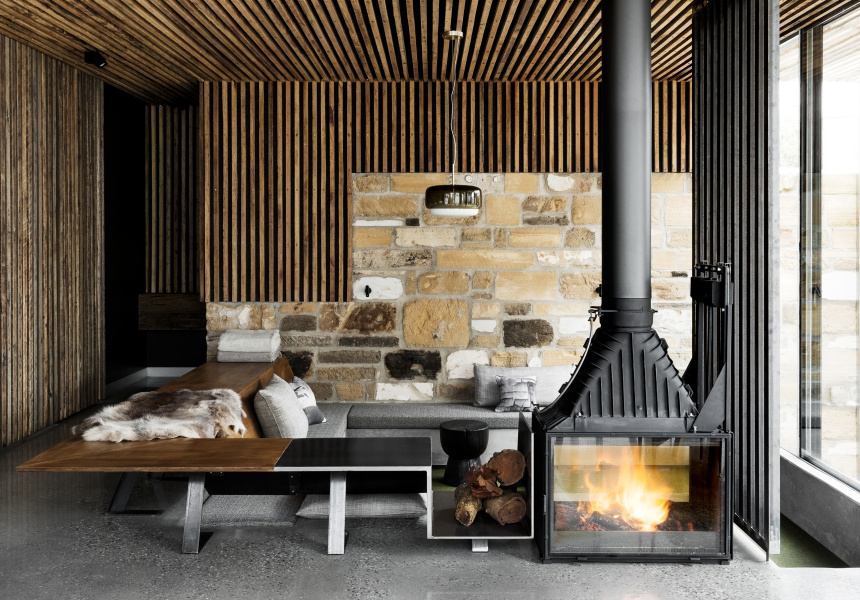 When John Watkinson gets to the part about the houndstooth and tartan bathrooms tiles in the new suites at Drift House, there’s a brief silence, but it’s broken by his laugh.

“It sounds terrible when you first hear it,” he says. “But when you see it, it works really well.”

The boutique Port Fairy accommodation is all about the unexpected. When Watkinson and his partner Colleen Guiney opened it five years ago, Drift House consisted of four independent, modern suites within a charming two-storey Victorian bluestone house.

Wanting to accommodate more customers, the couple decided to purchase the 1920s weatherboard cottage next door, and late last year they opened two new suites, a separate communal breakfast salon, and a swimming pool that they had no idea existed – it had been boarded over and hidden under an electric organ at the back of the property.

Each suite has its own distinct personality – though Watkinson says this wasn’t the intention when Drift House first opened.

“It just kind of evolved that way,” he says. “We’ve had a lot of people who’ve been back multiple times to stay in different suites, so we thought we’d continue that with the two new ones. They’re different from the original four and different from each other.”

Suite six has been designed with people with limited mobility in mind.

“Often when you stay in the accessible room in a hotel the design’s compromised and you know it doesn’t look as nice as the other rooms,” Watkinson says. “We didn’t want that. We wanted to make something that was equally beautiful.”

It also has a small walled courtyard and open fireplace. Earthy tones and pale timber throughout connect the two new rooms visually, as do piles upon piles of books in each one.

Watkinson’s favourite aspect of the renovation though is the salon. With room for around 20 diners and a cosy sunken lounge room, it’s used for Drift House’s “supercontinental breakfasts”. Expect an impressive buffet of locally sourced ingredients such as Irrewarra sourdough and house-made plum jam, coconut-milk chia puddings, cheese from Heidi Farm in Tasmania, charcuterie from Salt Kitchen in Ballarat and free-range boiled eggs. And, if you so desire, a slice of orange and almond breakfast cake. Out of Town Guide: The Southern Forests