Pasadena Is Back: From Grand Parties in the 1930s to a Modern Waterside Hotel With a Fresh Look

This historic getaway is just an hour north of Sydney CBD, surrounded by national park, but feels very far away. This summer it’s throwing a rosé lawn festival served from a Kombi bar. 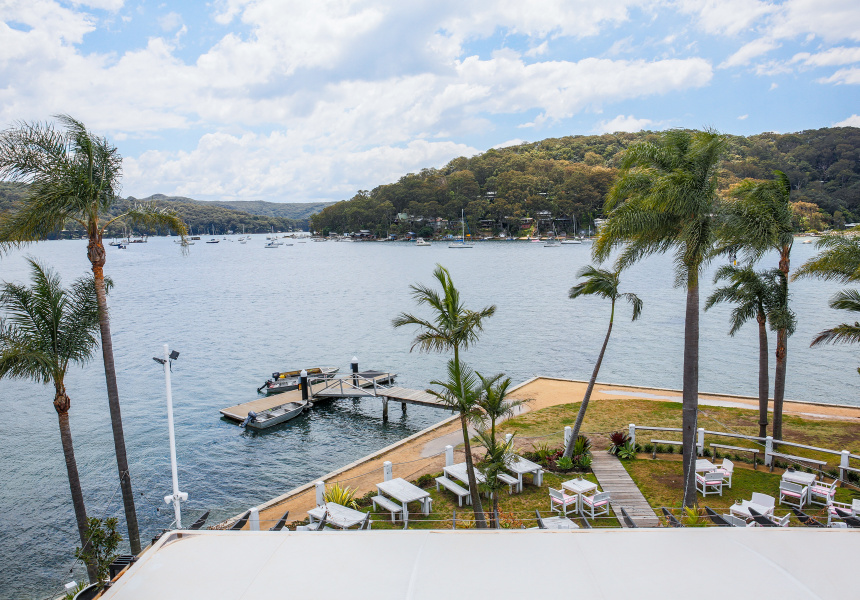 Church Point is one of those places in Sydney that makes you feel like you’re not in Sydney. It’s an hour’s drive north of the city but, because it’s on beautiful Pittwater and the thick shrub of Ku-ring-gai Chase National Park is very present, the buildings and traffic feel very far away.

Pasadena has been a fixture on the point since the 1930s – a Spanish Revival-style building that houses the storied history of the Northern Beaches. In its post-Depression era heyday, it was home to grand balls, dances and fashion parades. Illuminated boats chugged around Pittwater, ferrying guests in and out.

The building has had many different faces since then, including a brief spell as a training base for naval vessels during World War II. After a golden era of parties in the 1950s – society weddings and wild times around the pool – the ballroom was replaced with guestrooms and the main building operated as a motel until it fell into disrepair. It was earmarked for demolition in the early 2000s but survived, and the embattled building lay in decay until it was sold to Pittwater locals, Paul and Sheridan Peterkin and their family.

“It’s an honour to own something as special as Pasadena,” says Paul, “To us, it’s much more than a beautiful building in a stunning location. It’s always been a place of celebration and joy. We all need that in our lives. I’m determined that Pasadena should not only live on but be resurrected as a venue no first-time visitor will forget.”

The Peterkins undertook “a labour of love” to restore the venue to a modern version of its former self, and are involved in the running of both the restaurant and the accommodation, along with two of their four children.

Paul remembers being struck by the beauty of Pittwater after his family’s first Christmas at Pasadena 20 years ago. “I looked across the water, to the yachts, the masts, and onto the steep green shores that frame this amazing place. And right then I was struck by a rare feeling: we could’ve been in any of the world’s great destinations … Positano, Monaco, Venice,” he says.

Overseeing the management of Pasadena is Jordana Shawyer (Doltone House, The Boathouse Group). Head chef, Petr Buchel 4Forteen, Barbuto, Sails at Lavender Bay, The Boathouse Group) has put together a menu that is light, fresh and, naturally, geared towards seafood. Expect oysters, and prawns delivered by the bucket to be dipped in house-made sauce, along with heartier dishes like seafood linguine and beer-battered fish and chips. House-made ice cream and sorbets make this family-friendly location sweeter.

There are 14 new guest rooms upstairs, seven with magnificent views overlooking Pittwater, and downstairs, a restaurant overlooking a waterfront lawn. This summer, the lawn will be flushed in pink because there’s a rosé bar pop-up by AIX: pink cushions, pink umbrellas, pink glasses and pink napkins. A retro Kombi has been rolled in to be the bar.

There is also the option of arriving on the private wharf at Pittwater via seaplane (Sydney seaplanes leave from Rose Bay wharf).

AIX On the Lawn runs all summer.

This article first appeared on Broadsheet on December 18, 2019. Some details may have changed since publication.