Out of Town Guide: Swan Valley

Rich in history but equally engaged with the now, the Swan Valley region has much to offer curious eaters and drinkers. In partnership with Tourism WA, Broadsheet uncovers some of the region’s best. 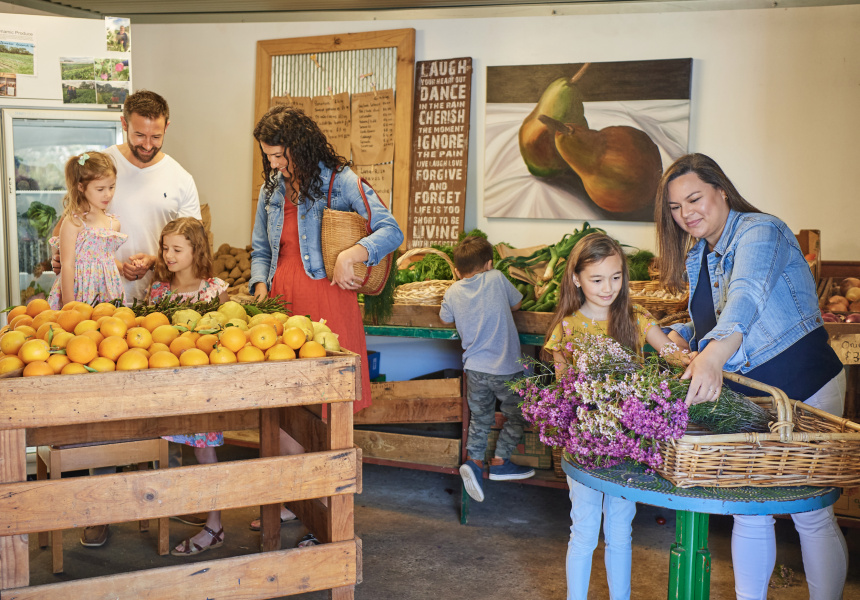 While wine remains an important part of the Swan Valley’s identity, it has also added beer, food and cider to its CV, underscoring its credentials as an all-encompassing weekend getaway. Time to get planning.

Riverbank Estate
Life’s good when seated on the wraparound veranda of this homey Caversham winery and restaurant. The food menu skews Mediterranean with dishes such as baked scallops, mushroom tagliolini, and burrata and slow-cooked tomatoes perfectly pitched for the lunchtime crowd. For those wanting to splash out, consider the live fish tanks stocked with marron, lobster and mud crab, or a house dry-aged steak. A broad suite of estate wines celebrating regional strengths – verdelho, chenin blanc, fortified dessert wines – rounds out a likeable package.

Funk Cider
After dabbling in the worlds of cold-pressed juices and sodas, brothers Dustin and Martin Michael established Funk Cider in 2016 and turned their attention to the potential of apples. The result is a range of both traditional and maverick ciders that fit seamlessly into the Swan Valley’s nouveau drinks landscape. Funk’s two outposts – the Funk Cider House in Caversham and the more experimental Funk 2.0 in Henley Brook – carry the entire cider, wine and beer range alongside easy-going eats in the vein of pizzas and burgers (Cider House) and cool small plates (Funk 2.0).

Swan Valley Wines
Owned and run by Bree Lavell and Paul Hoffmann, this beautiful winery produces personable, lo-fi expressions of classic Swan Valley grapes such as chenin blanc and shiraz, as well as parcels from around the state. Big textures and big flavours are the winery’s calling cards, as evinced by atypical wine styles including a tempranillo-malvasia red-white rose, and a liqueur inspired by the bitter amari of Italy. Cellar door visits are by appointment only, so be sure to book ahead.

Swan Valley winery tour
Although the Swan Valley is less than a half-hour by car from the CBD, handing the keys to someone else is the best way to enjoy the region. Operators such as D’Vine Tours and Swan Valley Tours are among those offering both full- and half-day tours of the region, with private tours also available. For a different take on the region, consider a river cruise along the Swan River with Captain Cook Cruises.

Learn about the south-west’s Aboriginal history
Dale Tilbrook, founder of Maalinup – “the place of the black swan” in Nyoongar – has been a long-time champion for Aboriginal culture and food. At this Swan Valley gallery and shop she co-owns with her brother Lyall Tilbrook, she has an ideal pulpit from which to share her knowledge. In addition to art from south-west artists, Maalinup also offers bush-food tastings featuring products from around Australia as well as treats made on-site.

Mandoon Estate
Warning: once you’ve settled in at The Colony, Mandoon Estate’s on-site hotel, you might find it hard to leave. Not only are the hotel’s 32 rooms all thoughtfully appointed, you’re also within striking distance of all the estate’s many charms including fine diner Wild Swan, the lively brewpub Homestead Brewery, and The Llawn, a family-friendly alfresco area with picnic tables, a fully enclosed playground and live music on weekends.

The Vines Resort
Attached to two of the best resort courses in Australia, The Vines is the perfect Swan Valley base for golfers. But even for those who don’t play, the hotel’s course-side setting provides ample opportunities for kangaroo spotting and generally enjoying nature. On-site restaurants Muscats and The Vines Cafe & Bar are winning destinations at day’s end, and Keishi Spa is on hand for further therapy off the green. Out of Town Guide: Townsville Natural Wines, Paella and Gin Tastings: Why It’s Time You Paid a Visit to Hahndorf Again