Out of Town Guide: Albany

Wake up to freshly roasted coffee and excellent baked goods (think lemon myrtle scrolls and strawberry meringue croissants) at the Albany Farmers Market, hike to hidden coves and swim in secluded bays along stunning coastal trails, and devour French-Vietnamese delights and killer cocktails at a Parisian-inspired restaurant and bar. 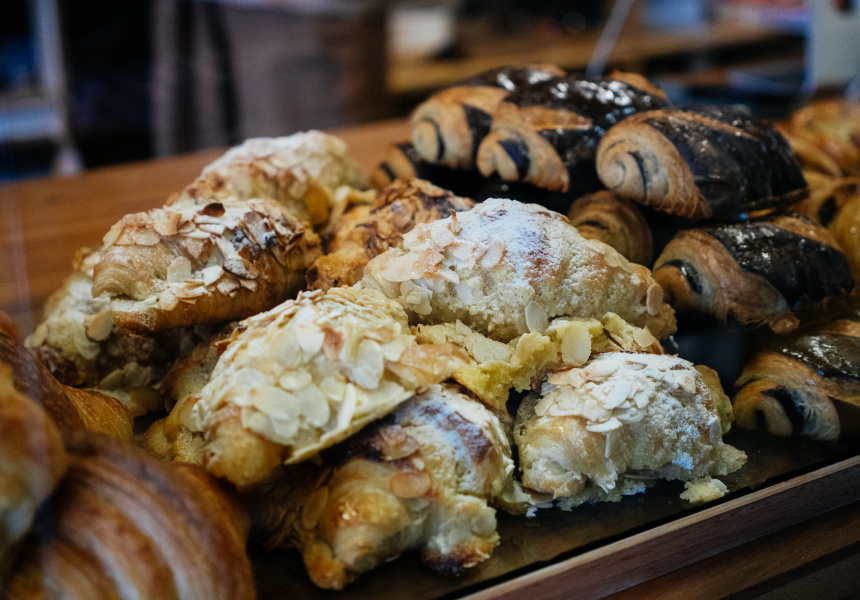 Deep in the state’s south – alongside a ruggedly beautiful strip of coastline – Albany is the heart of Western Australia’s Great Southern region. The town, located around 450 kilometres from Perth, is known as a paradise for nature lovers, but also welcomes adventurers of a more gastronomic persuasion. Here's where to eat, drink, stay and play in the area.

Liberte
Amy Hamilton’s Parisian-inspired restaurant and bar opened in 2014 is still going strong. In fact, it’s the best place to be on a Friday or Saturday night in Albany. Step inside the front bar of the former London Hotel to be transported to the turn of the 20th century. It’s not uncommon to find musicians – such as a gypsy-jazz quintet – tucked away in a corner. Linger here for house cocktails like a Green Beret (tequila, cucumber juice, Vietnamese mint and agave) or the smoky Roger Ramjet (mezcal, cynar, rum, lemon, chargrilled pear syrup and burnt orange). Or walk through to the Belle Epoque-style dining area to experience Hamilton’s French-Vietnamese fare, which champions local produce in dishes such as marinated Albany sardines, mushroom congee and sticky tamarind and chipotle-braised lamb shoulder.

Majuba Bistro
Opening just before Covid hit last year, this charming, softly lit bistro ¬– run by owners Andrea Love and Johann Prins-Gurtel – has survived to become the new local favourite, complete with plush seating, white tablecloths and a sophisticated colour palette. Michelin-trained chef Prins-Gurtel has designed a menu of traditional European bistro dishes, including tapas with local seafood, and heartier dishes like bouillabaisse, truffle-infused French onion soup, roast duck a l’orange, and beef cheeks in red wine jus. Plus, panna cotta with gorgonzola and honey for dessert. Drinks include connoisseur whiskies, cocktails, gin and an extensive selection of local wines. Tip: grab an aperitivo and head to the upstairs balcony for sunset ocean views, or perch at the bar to absorb the action including bartender Sam Champion at work.

Garrison
With unbeatable views over King George Sound, Garrison is the restaurant and bar within the Princess Royal Fortress atop Mount Clarence, sitting right beside the award-winning National Anzac Centre. The venue is a cafe in the morning and transforms into a fine diner at night, which is often host to special events such as November’s five-course degustation by ex-Noma head chef Ben Ing. Garrison’s cuisine-crossing menu, from owner and executive chef John Saville Wright, includes cold-smoked Akoya oysters done two ways (one served with native finger lime and river mint vinaigrette, the other with a soy, ginger and mirin dressing) plus bao buns, slow-cooked beef cheek, steak and frites, and more. The bar is stocked with a wide range of local, interstate and international wine and beer, plus a growing list of cocktails.

Bred Co
Since 2017, Rhiannon Moon and her partner Sam Dawson have operated Bred Co, a tiny bakery selling exceptional sourdough at the weekly Saturday Albany Farmers Market. In 2020, the couple opened a bricks-and-mortar site that made it possible for locals and visitors to score great bread and baked goods daily rather than weekly. Display cases are stocked with pastries (light, buttery croissants and lemon myrtle scrolls), takeaway sandwiches (continental rolls, say, or an egg-salad sandwich) and sausage rolls (with filling such as pork and pear). Dainty baguettes and well-burnished loaves line the wall behind the counter. Most of the flour used in the bakery is stone milled on-site from whole grains: a crucial detail that produces flour that’s more nutritious and “alive” than pre-milled flour.

Great Southern Distilling Co
Cameron Syme’s flagship distillery sits firmly on the edge of Princes Royal Harbour. Exposed to the elements and overlooking the water, the distillery produces the complete range of Limeburners single malt whisky, including its heavily peated Darkest Winter, which won Best International Whisky in the World at the American Distilling Institute’s 2017 awards. Also on-site is the cellar door and restaurant, where you can drop by for a flight and a bite.

Hilton Garden Inn Albany
This luxury hotel opened in November – the first Garden Inn in Australia – and the location couldn’t be better. It’s positioned on the Albany Waterfront Marina and Foreshore, beside the Albany Entertainment Centre and a short stroll from central York Street. The rooms have premium ocean views and the ground-floor restaurant offers hot buffet breakfast and dinner, a 24-hour grab-and-go shop and a make-your-own tea and coffee station. But the standout feature is the sleek, light-filled bar overlooking the waterfront, which is sure to be a hit with locals and visitors alike this summer.

Beach House at Bayside
It’s not hard to see why The Beach House at Bayside has won multiple tourism awards. Owners Sally and Craig Pullin provide genuine warmth and an authentic local experience, with the creation of a bespoke stay to match guests’ needs. Inspired by travels to Italy and France, the hotel features a Mediterranean-style courtyard and there’s a distinctly European feel to the 10 luxury rooms and suites. Some come with a spa that’s accessible from both the bathroom and bedroom. Other luxuries include heated towel rails, high-quality linens, a an evening supply of chocolates and port from local winery Wignalls Wines. Plus, house-baked treats are delivered daily to your room.

As for in-house dining, Sally’s strong relationships with Albany producers and suppliers ensures fresh ingredients for hot and continental-style breakfasts, made on request. As the name suggests, the hotel is footsteps from popular Middleton Beach. Listen to the waves from your Juliet balcony or explore coastal trails with a complimentary hotel bike.

Hike along a trail
Whether you’re a serious or amateur hiker, you’ll be spoiled for choice with trails in the Albany area. Nearby Porongurup National Park is home to Australia’s oldest mountain range (over 1 billion years old). Hike up Castle Rock to see the granite outcrop up close, or take in epic views of karri and marri forest all the way to the coast from the Granite Skywalk – the suspended walkway is considered a marvel of modern engineering. Alternatively, travel an hour north to climb WA’s second highest peak, Bluff Knoll, which forms part of the Stirling Range. Stirling Range National Park is considered one of the world’s biodiversity hotspots, with over 1500 species of flora. It’s also home to Mt Trio, where a walk and a scramble to the summit makes for a rewarding half-day hike.

For a coastal experience, hike the Bald Head Trail within Torndirrup National Park, with the medium-hard 12.5-kilometre return trip taking in some dramatic coastal scenery. For a more leisurely amble, consider a trip to local favourite Little Beach, within Two Peoples Bay Nature Reserve, which is a 40-minute drive from town. Park at the Visitors Centre before following the Two Peoples Bay Heritage Trail to Little Beach and back. Be sure to stop for breakfast or lunch at the Little Beach Store, located within the Old Marron Farm.

Meet local growers and producers
Start your weekend right by getting down to the Albany Farmers Market on Collie Street to meet local growers and stock up on Great Southern produce like raw, sustainable honey from WA Bush Honey; natural yoghurt from Yard 86; and premium dried fruit, grass-fed lamb, chutneys and jams from Gloria Dieu. First things first, though: grab a coffee from Shot Callers Espresso’s converted horse cart (using beans from award-winning local roaster Beck and Call) and a buttery baked treat (such as a strawberry meringue croissant) from the aforementioned Bred Co. The stall also sells pumpkin sourdough, wattleseed pasta and a potato, Akoya oyster and riesling pie, so you’ll want to bring a few bags with you.

Connect to Country
Take a tour of Kinjarling (Albany) and surrounds with a guide from Indigenous-owned tour operator Kurrah Mia (which means “home of the red-tail cockatoo”). While out on Menang Noongar Country you’ll be taken to significant cultural sites and introduced to bush foods, medicines, artefacts and stories attached to the land. Kurrah Mia also has an art gallery and shop in the centre of town, where you can pick up Aboriginal art, hand-painted cards, silk scarves, hats, bags and more. 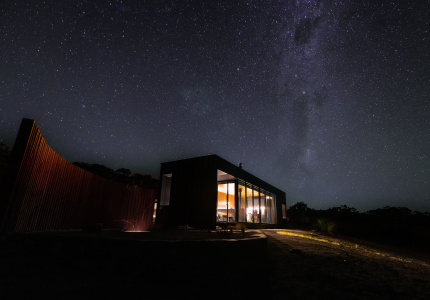