It has all the style and luxury of a boutique hotel, but with the communal spaces (including shared kitchen and laundry facilities) you’d find in a hostel. Plus, it’s home to Byron’s only open-air rooftop bar. 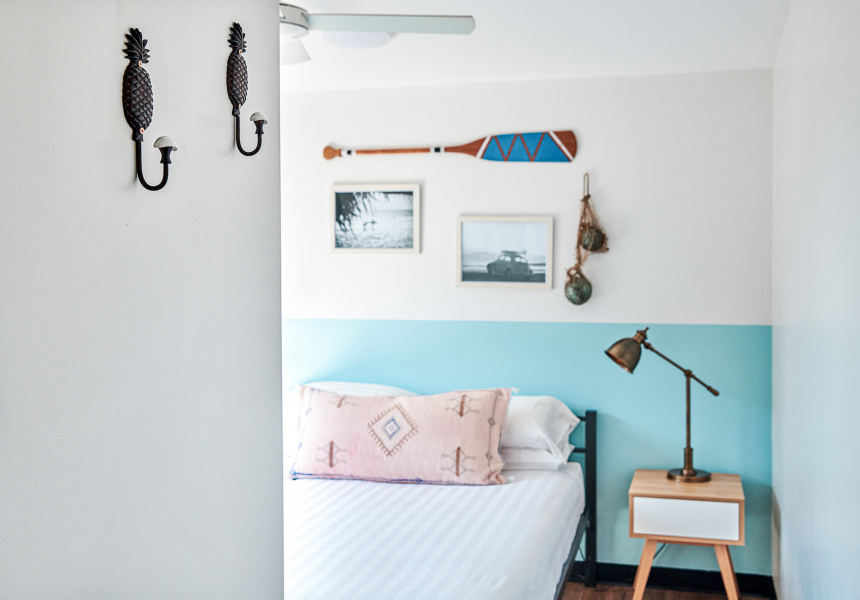 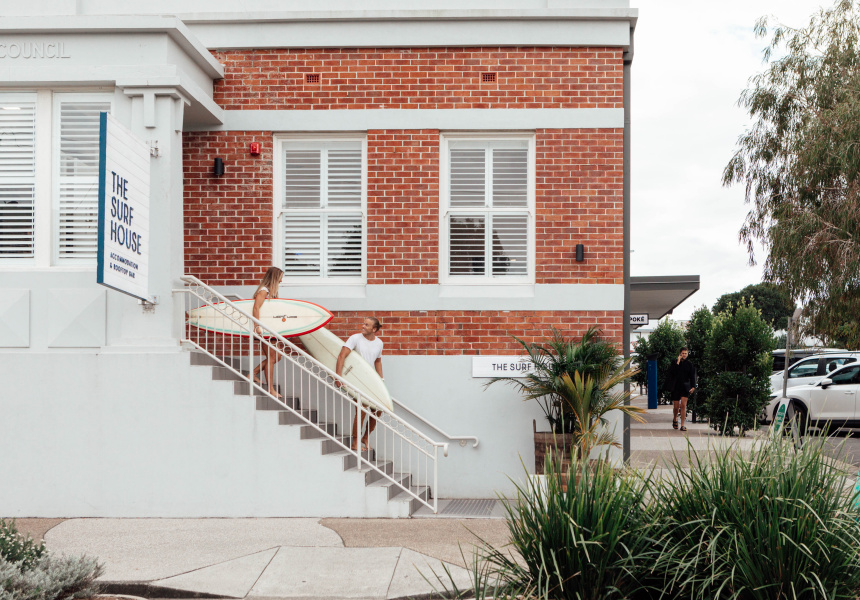 Getaways to Byron Bay are familiar to those living on Australia’s east coast. From end-of-high-school celebrations, to Splendour in the Grass road trips, or making the journey for a boho-chic retreat, the town is perpetually populated with travellers on a range of budgets. But while there’s plenty in the way of affordable hostels, upscale resorts and luxury boutique accommodation, there’s been little that hits that mid-range sweet spot. That’s where The Surf House Byron Bay comes in. It’s a new, budget-friendly hotel combining beachy comfort and boutique-hotel quality with socially-oriented common spaces.

Christian Millett, the owner-operator of the Millett Group (Wake Up! Hostels and the Lord Byron), which owns the hotel, says they spotted that gap and decided to fill it. “Everyone wants to go to Byron, but a lot of people are priced out,” Millett tells Broadsheet. “Our main [goal] is providing something that’s quality, [where] people can come on a budget and have a good time.”

Situated a block back from Main Beach, The Surf House is in the heritage-listed former Byron Shire Council Chamber building, which was built in 1929 and had housed a backpackers hostel since the 1990s. The hotel’s 54 rooms range from a private queen room with an ensuite, flat-screen TV and balcony views from $149 per night, to a private twin room with a shared bathroom for $139, or a quad share with ensuite from $159. There are also budget-friendly shared rooms (for four, six or eight guests) that start at $34 per person, per night.

The hotel has the communal spaces you’d expect in most hostels, including a large shared kitchen, laundry facilities, a common lounge area and, surprisingly, Byron Bay’s only open-air rooftop bar. In between games of pool you can sit at a picnic table beneath a wide beach umbrella, sipping a local Stone & Wood beer or Cape Byron Distillery Brookie’s gin.

“What’s lacking in a lot of these hotels [is they’re] not driving you to the social areas of the hotel to meet other people and have a drink,” Millett says.

Complimentary surfboards are available for guests to hit the waves and when Covid-19 restrictions lift, expect free yoga classes on the rooftop, guided lighthouse tours and social events.

Although Byron Bay has certainly changed dramatically since those days, the town still embodies a lot of its old soul, according to Millett. He recommends taking a surfboard to The Pass – “it’s great for learning to surf and [it’s] a pretty relaxed wave” – or walking along Belongil Beach for an afternoon drink at The Treehouse. “You can’t get more Byron than that.” 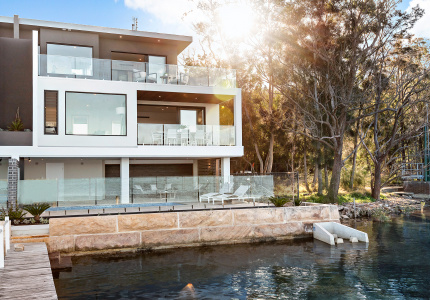 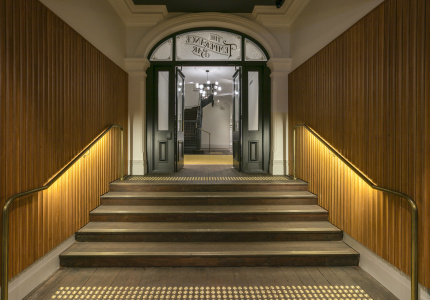