New Zealand’s Top Wine Region Is Evolving in Every Direction

Marlborough has become a shorthand for a specific style of (very popular) wine. But the region that produces New Zealand’s best-selling wine has undergone a contemporary shift – championing sustainability and experimentation in low-alc wines, among other innovations. In partnership with Made with Care New Zealand, three Marlborough winemakers share their perspectives on a rapidly diversifying local landscape. 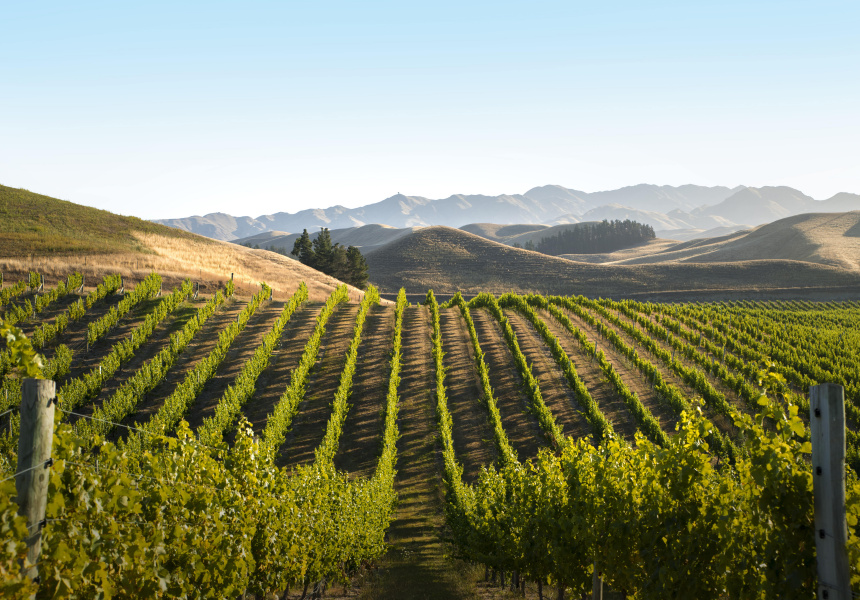 The blockbuster region of New Zealand wine, Marlborough, announced itself on the world stage in the late 1980s with a young, fruit-driven sauvignon blanc that remains its signature. Nestled in the north-east corner of the country’s South Island, the region’s many valleys, rivers and hills offer a huge diversity of soil and landscape within a relatively small swath of land.

Today, local winemakers are exploring the potential of interior subregions and microclimates to widen the range of what a Marlborough wine can be. They’re also embracing sustainability and lower-alcohol alternatives. It all makes for a quickly evolving wine scene that now offers far more than its internationally known speciality.

Regions within the region

By now the Marlborough region is firmly entrenched as a brand; overseas consumers especially expect a certain kind of wine from there: a sauvignon blanc with an intense fruit expression (think gooseberry and passionfruit) and a signature freshness. The region’s overall cool climate means the grapes retain their acidity more than most, making Marlborough sauvignon blanc a popular food wine.

But both the soil and climate are so varied across Marlborough that there’s an increasing number of distinctive subregions being identified, and each can produce very different wine.

Wairau Valley winery Rapaura Springs is producing a range of single subregion wines called Rohe (pronounced “raw-he”). Named for the Māori word for “territory”, the range includes two sauvignon blancs that are notably different from each other: the sauvignon blanc from windy and dry Blind River drives home lemongrass, citrus and grapefruit, while the one from the sandy and mineral-rich soil of Dillons Point yields passionfruit, mango and blackcurrant flavours.

The potential of the subregions extends far beyond that comparison, too. “It’s a story that we need to get better at telling as a region,” says Matt Thomson, head winemaker at Rapaura Springs. “Otherwise, people start thinking that all the wine that comes out of Marlborough is the same, which of course it’s not.”

The Wairau Valley was the first area of Marlborough to be planted with grapes in the early 1970s, and it’s now the region’s biggest wine-growing valley. Yet the valley’s coastal stretch of Dillons Point has only been planted since the late ’90s, and the soil’s young, salt-driven characters are instantly identifiable. Blind River, by comparison, sits about 40 minutes’ drive south of the Awatere Valley, where the soil is older and more windblown, which means it doesn’t share the tropical expression with Dillons Point.

“Marlborough’s soils change dramatically,” Thomson says. “You’ve got alluvial soils [near the rivers] and [further away] you get clay. Anyone who’s farmed those two things knows that they’re very, very different. They give quite different vigour to the vines, and that changes the flavour you get.”

Thomson estimates that sauvignon blanc makes up around 75 per cent of Marlborough wine at the moment, in part because its familiar parameters mean that wine drinkers around the world know exactly what to expect from it. “I don’t think any other variety has seen as much consistency of style as we have with Marlborough sauvignon,” he says. Compared to other new-world wine regions, where more diversity of styles emerged from the start, Marlborough’s speciality style coalesced early and quickly, leading directly to the current high demand for it.

Diversity of place (and taste)

Thomson notes that Marlborough’s various subregions currently exist as a nebulous group rather than being legally defined. But he and other winemakers are mapping it to clearly delineate each subregion.

“Once we have that, the wines we’re making under the Rohe series will make a lot more sense to people,” he says. So rather than someone overseas seeking out simply a Marlborough wine, they’ll opt for something more specific, like a Dillons Point or Awatere wine. This is the next step in the evolution for Marlborough as a world-class wine-producing area, and that specificity is spreading across the region.

For more than a decade, Blenheim winery Wither Hills has been developing a range of wines within their wider portfolio drawn solely from one specific site, homing in on a single vineyard’s unique properties. “It’s about showcasing the vineyard site,” says head winemaker Matt Large. “That’s a combination of what the soil’s doing, what the climate’s doing, what we’re naturally dealing with.”

Mingling with the Rarangi Wetlands – for which Wither Hills runs the sustainability-directed Wetlands Conservation Project – the Rarangi vineyard sits a mere 600 metres from the coastline, offering a mix of pea gravels and uplifted seabed. Behind the winery itself, the Taylor River vineyard leans more toward loam, silt and clay. A third Marlborough vineyard in Benmorven is 100 per cent clay, clearly marking the foothills of the winery’s namesake Wither Hills range.

Up until 2007, many of the grapes from the coastal Rarangi vineyard were being blended into sauvignon blancs alongside grapes from Wither Hills’ other vineyards. But that year was such an amazing vintage that the winemakers wanted to capture the site’s specific flavour (and year). “We just saw something quite unique in the fruit we were getting off that vineyard,” says Large. “It’s all about a really nice mineral, whetstone, sea-salt character. Very citrus-driven, so quite defined.”

Even within a single vineyard, which might span 10 to 15 individual blocks, the grapes will vary dramatically. That means winemakers can still use blending to make a complex drop. “We combine and balance to create the perfect blend that represents that vineyard,” says Large.

Beyond the single-vineyard range, Wither Hills has branched out with a range of lower-alcohol wines called Early Light, which sit at 9.5 per cent compared to the usual 12 to 14 per cent. Hoping to produce a versatile wine that could suit both a more balanced lifestyle and daytime occasions such as business lunches, Large and the other winemakers spent more than three years developing the range, which includes a sauvignon blanc, a pinot grigio and a rosé.

“We wanted to put out wine that was representative of the region and of our style,” says Large. “A well-rounded, well-balanced wine that just happens to have less alcohol.”

It’s quite an involving process making that specific range, since alcohol delivers perceived sweetness and richness, making it a crucial (and layered) part of the taste profile of wine. So to make a good low-alcohol wine, Wither Hills has to consider different yeast options as well as delaying ripening to keep the same flavour but with less sugar (and thus less alcohol), and even look at which vineyards naturally produce less sugar.

But the lengthy trial process was worth it, and all three of the Early Light wines have already picked up awards over the past few years. Many other New Zealand wineries are exploring lower-alcohol wines (also see Giesen’s “world first alcohol removed” sauvignon blanc) and now there is a dedicated initiative to the style, NZ Lighter.

Though she doesn’t own a winery of her own, Alice Rule founded the wine company 3sixty2 in 2018 with sustainability front and centre.

“Sustainability is what the business has been built on, right from the very beginning,” says Rule. “When I first started researching, climate change was a big driver for me.” She partnered early on with Carbon Click, a New Zealand carbon-offsetting company, and now she is the country’s first wine producer to offer carbon offsets at the checkout level.

Named for the exact number of the country’s earliest grapevines for wine production – 362 cuttings planted in 1836 – 3sixty2 also strives to be carbon-negative, though Rule notes that there’s no international standard for measuring that. So she calculates her carbon output for the whole process of her winemaking and then offsets 200 per cent of that. This kind of determination is typical of Rule, who is self-taught and remains 3sixty2’s only staff member, though she employs freelancers for copywriting, design and accounting.

As part of a Kellogg Rural Leadership Programme, Rule won a scholarship to study the circular economy of glass in the New Zealand wine industry, which means tracing how much glass is being recycled. “We have a very high glass recovery rate, so on average a New Zealand-made glass bottle will be made out of around 67 per cent recycled glass,” she says, adding that reducing the thickness of bottles would further reduce the local wine industry’s carbon footprint. Part of that is explaining to consumers that a lower-weight bottle doesn’t speak to a wine’s quality or intended price point.

Rule wants 3sixty2 to become a no-waste business by 2025, a goal that includes sourcing a biodegradable option for the plastic seals in wine bottles’ screw caps.

Expanding beyond the expected

Rule takes a low-intervention approach to her wine, with lower sulphur regimes, and she experiments with wild ferments. Despite her relative newcomer status, she has already produced attention-grabbing sauvignon blanc that actively encourages cellaring. “I’m not making wines to follow market trends,” says Rule. “I’m making really beautiful niche wines that I think are interesting.”

That means working beyond the limitations of what the region’s sauvignon can be. “It’s really broad to say that Marlborough makes that classic, fresh, young sauvignon,” she says. “I’m not knocking that one little bit, but I’m chasing the textural, structural sauvignon style. There are some really awesome sauvignon styles like that coming out of the region.” She cites such Marlborough wineries Dog Point, Clos Henri and Clos Marguerite as producing textural, age-worthy sauvignon.

Rule recalls people telling her they don’t drink sauvignon, only to try hers and love it. “So it’s sauvignon for the non-sauvignon drinkers, I guess,” she says. But with each successful step in a new direction, she knows she is broadening people’s concept of the region’s wine styles: “We are more than a single style of Marlborough sauvignon.”

This article is produced by Broadsheet in partnership with Made with Care New Zealand.