Next-level glamping, complete with an outdoor bathtub and incredible views. 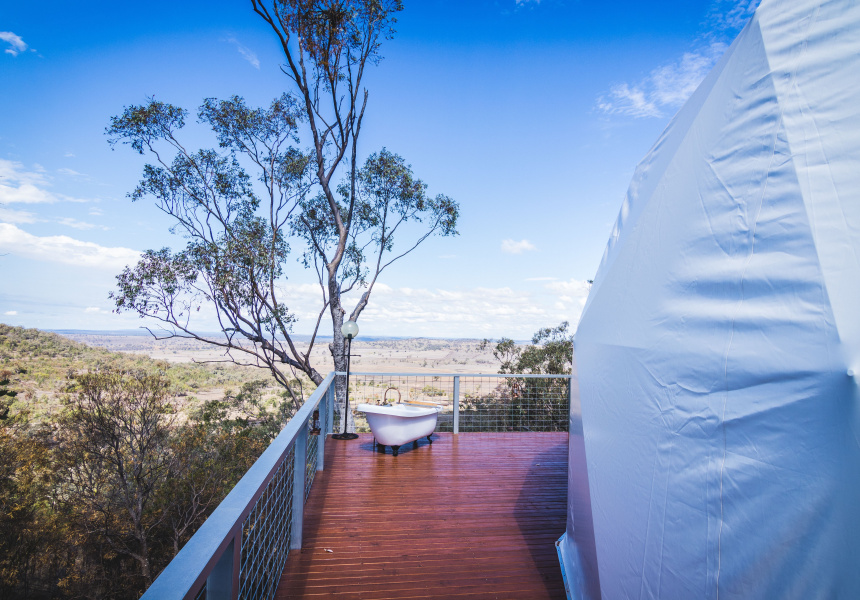 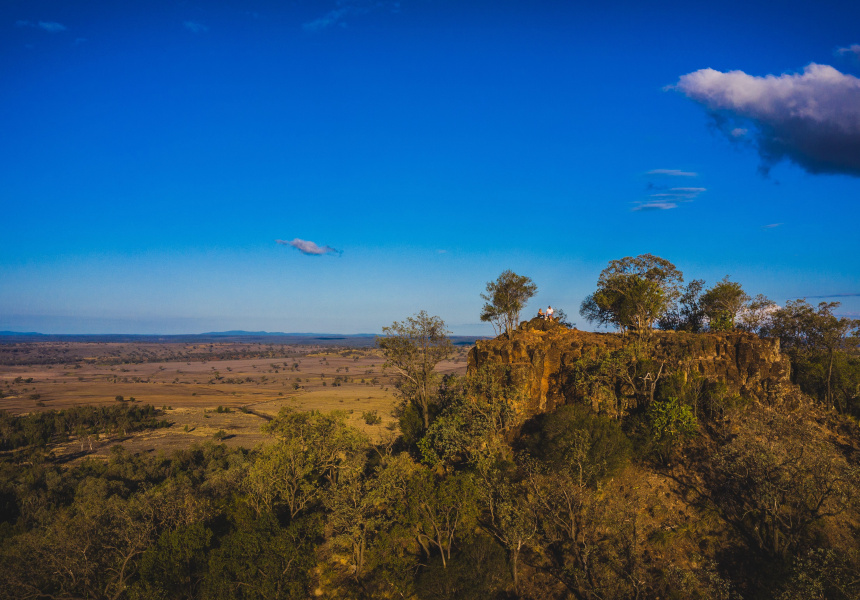 Low-impact, high-specification glamping domes are popping up in remote locations around the world, and now the trend has landed in Australia.

Faraway Domes, established by graziers Belinda and Jamie Munsie, currently consists of a lone “geodesic dome” situated on a working beef and sheep property near Warialda, in the NSW Northern Slopes region, a little more than 600 kilometres north-west of Sydney and 400 kilometres from Brisbane (or 100 kilometres from Moree Airport). The Munsies plan to erect more domes in the coming months.

Geodesic domes (so named because they resemble geodesic polyhedrons, spheres made from triangles) are held in place by triangular latticework that makes them very sturdy while also being lightweight and portable.

The spacious, east-facing accommodation contains a king-size four-poster bed, an open-plan living and kitchen area, a private bathroom and a four-metre-high deck with a private outdoor bath and sweeping views across the rolling countryside. There’s off-grid power and an eco-friendly wastewater system.

The interior has been decked out with wooden floorboards and an eclectic mix of furniture, including a comfy leather couch. There are plenty of mod cons, including reverse-cycle air-conditioning, and a TV and hard drive loaded with movies. Fresh ingredients and corresponding recipes can be delivered to the dome for those who’d rather not bring their own supplies.

The opportunities to explore are endless: much of the Munsies’ property is blanketed in native vegetation and there’s an abundance of Australian wildlife, from cockatoos to kangaroos. The small town of Warialda is a 15-minute drive away and the picturesque Northern Slopes region is within easy reach.

A visit to Faraway Domes also supports the Northern Slopes economy, which has been hit hard by the recent drought. The Munsies say current conditions are the driest the area has experienced in 100 years, motivating them to diversify their 9000-acre farm to safeguard the future. “The dry conditions have taken a toll on the district, but this project has brought our family together at one of the toughest times in our history on the property,” Belinda says. “It’s given our family hope for the future.”