As our experiences with a city accumulate, they become deeply personalised – no two people will see it quite the same. In partnership with MINI, and ahead of the launch of MyBroadsheet, we’re asking some of our favourite locals to share a version of their city (or cities) they’ve curated for themselves. 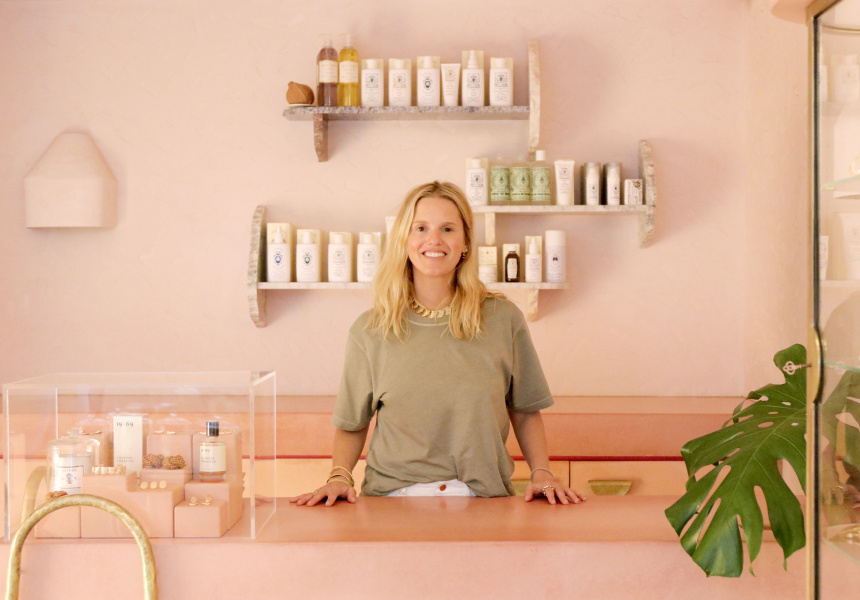 If you’ve seen her work, then you know Lucy Folk is an aesthete. The beloved jewellery designer makes pieces that are somehow simultaneously cutting edge yet timeless, winning fans such as Beyoncé, Zoe Kravitz and Leandra Medine (of the Man Repeller fashion and lifestyle website). In recent years she’s expanded into fashion and accessories, too, with Lucy Folk Apparel made by artisans in Marrakech.

Folk, who splits her time between Australia, Paris and Morocco, admits to “delighting in the finer things in life” – so who better to share their favourite luxury getaways.

It’s this type of insider knowledge that inspired the launch of MyBroadsheet, our new feature that will add a layer of personalisation to your regular experience of the site. With it you can discover, document and save your favourite elements of the city through customisable lists and bookmarks. You’ll never be stuck for somewhere to eat, drink, shop or visit ever again.

Here are Lucy Folk’s tips for luxe places to stay the night.

Raes on Wategos Beach has attracted a devoted, discerning clientele since it opened in Byron Bay more than 20 years ago. In 2017, when the hotel was refurbished, designer Tamsin Johnson worked on the interiors and Folk had the task of redesigning and rejuvenating the staff uniforms. Folk recommends staying in the “exceptional” penthouse suite with a view of Wategos, one of her favourite beaches in Australia. “I love waking to the sound of crashing waves,” Folk says. “And long lunches that lead into late-afternoon sunset drinks.” Folk says it’s the attention to detail that makes Raes memorable. Everything is considered: from newspaper holders to premium bed linen and beach baskets containing Lucy Folk towels.

Folk is a regular at Halcyon House at Cabarita Beach in northern New South Wales. “They are very good to me!” she says. Brisbane designer Anna Spiro has decorated each guest room and suite individually with antique furniture, fabric-upholstered walls and plush king-size beds. Folk remembers her first stay in the hotel the most fondly. She came with three girlfriends and stayed for three nights. “We rode bikes, walked the beach, hit the town in Byron, ate, drank, swam and did it all again,” she says.

You can’t get much more exclusive than a private island, and Satellite Island in the D'Entrecasteaux Channel south of Hobart has its own guesthouse to boot. “I am due there again in May 2019 and it can’t come soon enough,” says Folk. “When I was there last, I ate the most exquisite fresh produce and fell asleep listening to the wilderness.” The island hosts a maximum of eight people at a time. Included in the price are breakfast provisions, a pantry stocked with gourmet essentials, fishing, sport and leisure equipment, a boat ride to and from the island, and an endless supply of wild oysters.

El Questro Homestead in the Kimberley sits at the northernmost point of Western Australia. It’s a two-hour drive from the nearest airport (Kununurra) but well worth the journey, says Folk, who stayed there with her family in 2010 to celebrate her father’s birthday. “It was incredible,” she says. “We went heli-fishing, dined under the stars, hiked, swam in gorges, dodged crocodiles and ate and drank like kings.” El Questro is a luxurious base from which to explore the harsh but beautiful central Australian landscape. The homestead offers personalised itineraries and there are many hikes that can be taken on the property, which occupies a million acres.

Qualia, at the northernmost point of Hamilton Island, has long enjoyed a reputation as one of Australia’s premier resorts. Folk went for a weekend with a bunch of girlfriends to celebrate a birthday. “It was the perfect temperature, the sun was shining and the water there is like no other – crystal clear,” she says. Each of Qualia’s 60 pavilions faces the water and is surrounded by tropical bushland within the resort. “You can go swimming in your bath – it’s huge.” says Folk. She also recommends a flight over the Great Barrier Reef, snorkelling and aperitifs at the hotel bar.