Produced by Broadsheet
in partnership with JNTO and Wendy Wu Tours

An Insider’s Guide to Osaka

The third-largest city in Japan offers a bewildering array of fascinations. In partnership with Japan National Tourism Organization, we speak to an expat who’s made the metropolis his home. 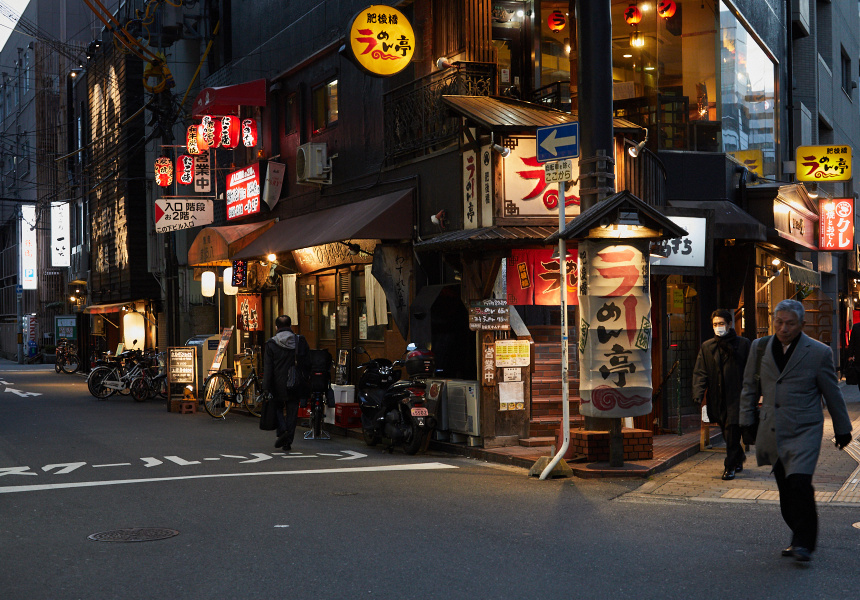 When Patrick Agostinelli moved from Melbourne to Osaka, Japan, 10 years ago, he wanted a life change. Working in IT at the time, he had also been helping out at his brother-in-law’s Port Melbourne cafe, Noirs Ex. It was there he heard about Japan’s burgeoning burger scene.

“I didn’t realise it was such a big thing over there,” he says. “But it was something I had always wanted to create.”

Visiting a friend in Osaka, he fell in love with the city and decided to start a new life there – based on burgers. “In Tokyo, there was sort of a ‘gourmet’ burger, but nothing in Osaka,” he says. “So I decided I wanted to be ahead of the game and start that over here.”

Agostinelli opened the first Craft Burger Company store with his wife Miki in 2016 in Shinsaibashi, and its success led to a second store in Kita ward in 2018.

Their burgers feature juicy mince and free-range chicken, slices of fresh lettuce, and craft beer and milkshakes on the side. “I love getting to know people,” says Agostinelli. “We are lucky to have a business where we can interact with our customers on a daily basis and produce food that we love.”

We spoke to Agostinelli about his favourite places to eat, drink and explore in Osaka and surrounds.

Eat
For traditional fare, Agostinelli likes Takotako King in Chuo, for takoyaki (fried octopus balls) and Okonomiyakisuke for its namesake okonomiyaki (Japanese pancake). “All the okonomiyaki restaurants have a really welcoming and traditional feel about them here,” he says. “Our local we go to always has the same lady cooking, which is something you wouldn’t get at tourist-focused restaurants.”

A personal favourite of Agostinelli’s is an international twist: Japanese curry. "I feel like most people overlook curry in Japan,” he says. “But it’s some of my favourite non-traditional Japanese food."

Osaka is well known for its spicy curries. Agostinelli likes Café & Curry Buttah in Shinsaibashi, because of its mix of Indian curries with Japanese influences, such as the use of katsu (crumbed pork or chicken cutlets). Close to Nagahoribashi Station, it’s also open until 11.30pm every evening.

Agostinelli’s tip is to search the back alleyways in Horie and Shinmachi. “These places are more intimate than some of the tourist areas,” he says. “It’s not as much trying to reach capacity or turn over as many people in a restaurant – the places I usually eat are more family-run. It’s always the same people cooking, they know me by name and it offers something different to the crowded streets of the tourist areas.”

Drink
On the second floor of the Misono Building in Namba lies a warren of small eateries and cocktail and whisky bars. “They're perfect for bar hopping and socialising with groups,” says Agostinelli. “You can move around to each bar in the building with ease." He says another whisky-focused favourite is Bar Shusui in Utsubohonmachi, Agostinelli’s neighbourhood.

Coffee
While Japan isn’t known as a coffee capital, there is a steady increase in award-winning baristas making their way out of Japan. Agostinelli says many of them have trained in Melbourne, including one of his local favourites. “There are so many good coffee places in Osaka,” he says. “One of my favourites is Mel Coffee Roasters in Shinmachi. The owners trained in Melbourne for a number of years. They're definitely my top pick in the area."

Another favourite is Takamura Wine and Coffee. "It’s exactly as it sounds,” he says. “If you feel like a rosé or a long black, both are on the menu during the day." Located in the Nishi ward of Osaka, Takamura Wine and Coffee originally launched as an expansive, high-end liquor store. With more than 2000 bottles of wine ranging from well-known labels to rare bottles in their warehouse-style showroom, that history is evident. But in 2013 the venue added coffee to its shelves, with a team of specialty trained baristas and beans sourced from Japan and overseas, and some roasted on-site. Try wines by the glass or have a coffee made by one of the in-house baristas.

Adventure
Osaka and surrounds isn’t just about embarking on food and drink explorations. A one and a half hour train ride from Osaka to Kurashiki will take you deep into nature. “There are some beautiful hikes around there, and the temple too. It's the best in summer: people barbequing, swimming at the beach – it's a hidden gem."

Popular sites include the Ohara Museum of Art, featuring traditional Japanese artwork as well as modern international pieces. Afterwards, take a stroll around the Bikan Historical Quarter, which is on the bank of the canal. When the weather heats up you can cycle around the town on bikes for rent.

Agostinelli says making Osaka your base to travel to other cities such as Kyoto, known for its history and temples, and Nara, which is known for free-range deer that roam around 660 hectares of parkland, is an ideal way to approach the area. "I find people travelling in groups often travel to each city and stay there overnight,” says Agostinelli. “But Kyoto and Nara aren't too far to travel to from Osaka. Make Osaka your base city and then travel on from there." Commute via the train, which takes fifteen minutes to Kyoto via Shinkansen (bullet train) and 50 minutes via a regular train service to Nara.

This article is produced by Broadsheet in partnership with Japan National Tourism Organization.

Produced by Broadsheet
in partnership with JNTO and Wendy Wu Tours Learn more about partner content on Broadsheet. 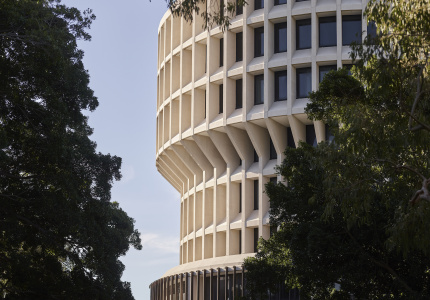