Inside the Most Secluded Retreat in the Whitsundays

You may not be able to travel right now (depending on where you are) but you can still dream about the Great Barrier Reef. In partnership with RedBalloon, we take you behind the scenes of the Whitsundays’ Elysian Retreat, a luxe island getaway that’s 100 per cent solar powered. 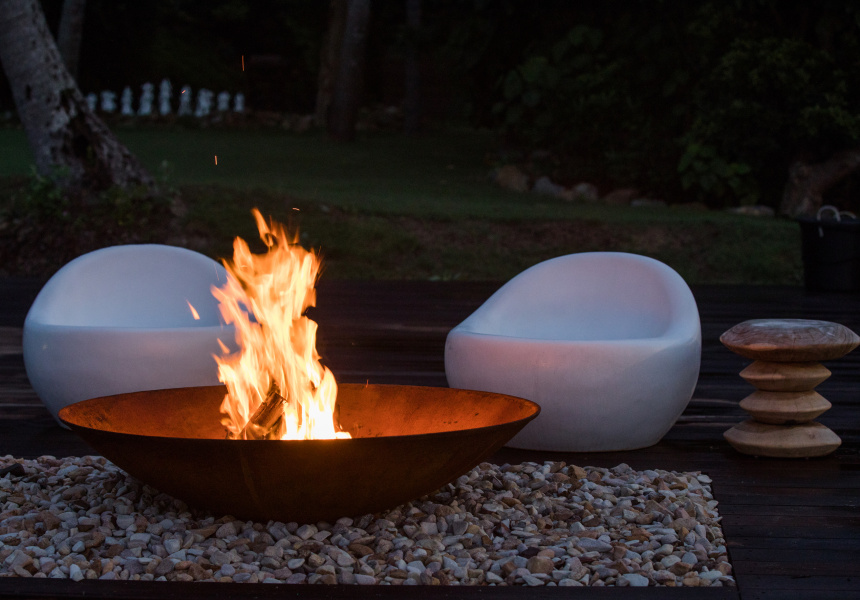 When Laureth Rumble and her husband Wayne opened the doors of Elysian Retreat in April 2019, they wanted to offer something different. They were already enjoying great success with another eco-focused island resort near the Great Barrier Reef – Pumpkin Island – but for this new venture, they wanted to steer away from family getaways and create a luxury retreat just for adults.

“It’s really about unplugging from the world,” says Laureth Rumble. “We’re opposite a national park, so that’s your view. Then there’s a rainforest behind you. People really have a chance to relax and disconnect. We get a lot of young professionals who work long hours and come to get away and switch their phones off.”

You can see the appeal. Oceanfront villas open to pristine sand (yes, you can fall asleep to the sounds of the actual ocean, not just an app making ocean sounds). To the west you can see Conway National Park and to the east, Long Island National Park.

Serenity is key to Elysian Retreat’s appeal, with just 10 villas (and a maximum of 20 guests on the island) perched right on the picturesque beach as native birds, goannas and wallabies frolic close by. Nestled against Paradise Bay on the southern point of Long Island, the retreat boasts one of the most secluded locations in all the Whitsundays. Guests even arrive by helicopter, peeking out at the ocean as they approach by air.

Beyond helping their guests reconnect with the natural world, the Rumbles want to do right by nature as well. So they spent a year renovating and making the retreat 100 per cent solar powered – the first retreat on the reef to hit that goal.

“It was really important for us to be able to do it,” says Rumble. “We’re quite passionate about renewable energy and reducing our carbon emissions. There were a lot of challenges to getting it done, but it was definitely worth it.”

For newcomers to the island, a two-night package for two might be the ideal introduction. The region’s mellow midyear temperatures remain a perennial appeal too, with guests escaping mainland winters to relax on the beach during 22- and 23-degree days. “It’s quite mild, with sunny winters,” says Rumble. “Winter is the best time on the island.”

The package for two includes two nights’ accommodation, plus daily yoga, water sports and a trifecta of breakfast, al fresco lunch and three-course dinner. “Food is quite an important part of the stay,” Rumble says. “We have dedicated chefs that source a lot of our produce locally, including seafood and freshly caught fish. It’s a daily changing menu that caters to people’s dietary requirements. Each meal is different, but tailored to the guests and showcasing the region’s best produce.”

There’s also an emphasis on family wineries that are sustainable and biodynamic. “We like to support businesses similar to ourselves, with similar values,” says Rumble. The chefs even offer cooking lessons on request, depending on how busy the resort is at the time.

“Our team is small but dedicated,” she adds. “They go out of their way to make sure each guest is well looked after. We really pride ourselves on our service.”

If you’re the sort who needs activities to unwind, the water sports equipment ranges from stand-up paddle boards, to glass bottom kayaks, and snorkelling gear. Guests can snorkel among the turtles in the bay and kayak in sight of whales during whale season, with activities like boat tours of the reef or tandem skydiving over Airlie Beach available from other operators on the island. Rumble says that the focus is on unwinding, in which ever way you choose.

“When you’re here, you can’t see any city lights,” she says. “It’s a chance to reconnect with nature.”

This article is produced by Broadsheet in partnership with RedBalloon.