How to Spend A Weekend Away in Thredbo

The crown jewel of the Snowy Mountains, Thredbo has long been celebrated as a premier Australian ski destination. In partnership with American Express and its Shop Small program, here’s a 48-hour itinerary to help you make the most of the region. 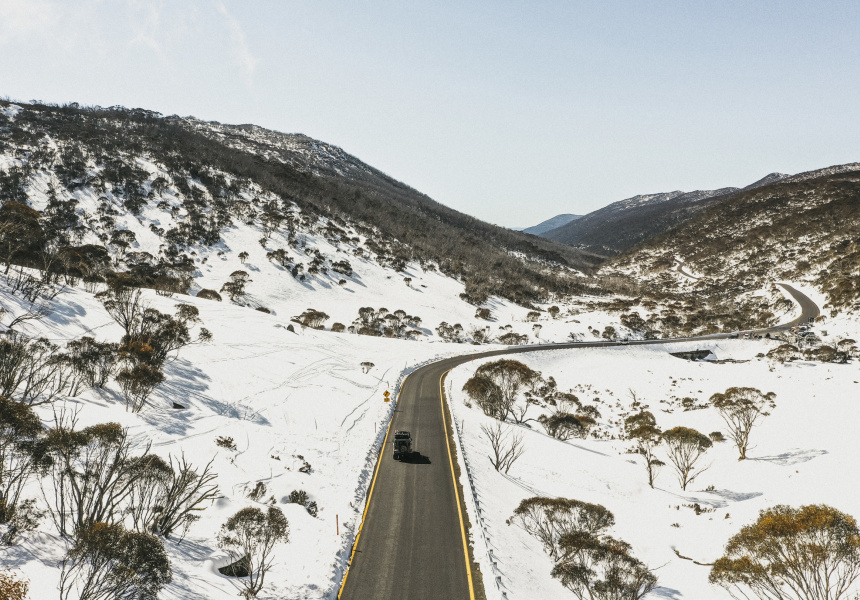 Established in the 1960s and modelled after the snow resorts of Austria, Thredbo is known across the country for its exceptional skiing and snowboarding. Less than three hours from Canberra by car and six hours from both Sydney and Melbourne, it’s an ideal destination for those looking for a weekend snow fix. Here’s how to squeeze the most into 48 hours on the slopes.

Take a back-country tour
A back-country tour doesn’t just get you away from the crowds, it also provides skiers and boarders with the skills and know-how to successfully go (safely) off-piste. Tours are run by experienced guides and include safety equipment. Specialised backcountry skis and snowboards can also be hired. After getting through the introductory tour, book in for more advanced adventures including summiting Mount Kosciuszko, the country’s highest mountain.

Dine at the Terrace Restaurant
There are other times when the Snowy Mountains look their best from afar – perhaps while seated at the Denman hotel’s Terrace Restaurant after a big day on the slopes. Casual and accessible are the orders of the day and the kitchen obliges with house-made pasta (crab and prawn spaghettini, perhaps), Caesar salads and proteins cooked and served simply. The restaurant is open nightly during the snow season (it’s Friday to Sunday nights in summer) and also hosts popular winemaker dinners and other events.

Stay at Snowgoose Apartments
Located close to Thredbo Village, these luxury apartments tick all the boxes for comfort and practicality (private balcony views are pretty good, too). Studio and loft apartments are designed for couples needing a pad to unwind after the slopes, while one- and two-bedroom apartments feature kitchenettes and are ideal for families who want to cater for themselves. Onsite equipment storage and being within walking distance of the slopes mean early birds can get on the snow faster each morning.

The Bakery
Every good holiday involves going large on baked goods, doubly so if you’re traversing plenty of terrain during the day. The Bakery in the Village Square carries all the classics including pies, sausage rolls and cakes. Some items are better suited than others to travelling in a backpack on the slopes (salad and filled rolls!) but you’re probably best eating those bacon and egg rolls before catching your first lift up the mountain. Coffee, naturally, is also on hand to fast-track recovery efforts.

Apres Bar
For some, what happens at the end of the day is just as important as the action in the snow. The European ritual of “après ski” – French for “after ski” – informs the thinking at the public facing bar at the 1960s-built Denman hotel. (In-house Denman guests can also drink at the hotel’s new bar, The Library). There’s history in the framed pictures that adorn the walls, but the drinks list keeps things modern with beer, good whisky and house cocktails. A small menu of light meals including pasta and bread and smallgoods boards is available for those who need to refuel stat.