There’s been a hotel boom in Melbourne recently – and the Hilton has finally joined the fray after a Covid-delayed grand opening. Meanwhile, beautiful all-day restaurant Luci and moody cocktail bar the Douglas Club are vying to become CBD staples in their own right. 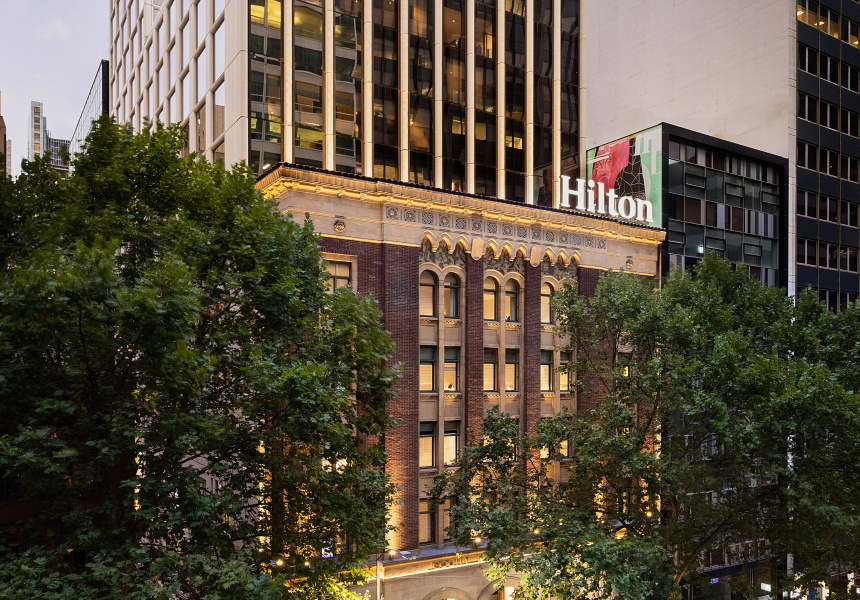 2020 probably won’t go down as one of the best years in hotel history. But right now, Melbourne finds itself in an enviable position.

Things are unbelievably close to feeling totally normal. It’s surreal. And hotels, one of the first industry dominoes to topple at the onset of the pandemic, are open. You don’t even have to stay a mandatory 14 days. And you get to leave your room.

But they’re not just open. They’re opening. In the past six months, we’ve gotten new hotels from W, Ovolo and Next, as well as the Lancemore and the Quincy.

And of course, a new Hilton – with the brand returning to Melbourne for the first time in five years.

“We planned to open in March 2020, then of course by February everything had fallen apart,” says general manager Adrian Teh. “But I believe that it will all come back.

“Business will return, travel will increase, and international borders will reopen at some point. So, we’re building the foundations for when all of that comes back, and we want to be ready.”

And they’re solid foundations. Though adjoined to a high-rise, the Hilton occupies the magnificent, heritage-listed Equity Chambers – Victoria’s oldest continuously occupied barristers chambers – which was built in 1931 on the site of the state’s first synagogue.

The restored and refurbed chambers emanate old-school glamour and over-the-top class, drawing on both the Exotic Revival and Romanesque architecture styles. Whether you choose the more discreet Little Queen Street entrance – a shimmering wall of gold-plated chainmail – or the impressive swinging doors on Bourke Street, the care and attention to detail that’s gone into transforming one of the CBD’s grand dames is clear.

If Gimlet is where you’d go to drink like it’s the Roaring Twenties, then this Hilton is where you should stay to keep the glitzy good times rolling. There are 244 rooms starting at $299 a night, and a small number of more luxe suite-style rooms will be finished soon. It’s up to you whether you’d prefer a skyline view or to look out onto a colourful, large-scale mural by Fitzroy-based street-art collective Juddy Roller.

Each room is versatile enough for any kind of traveller. But corporates will like the WFH-appropriate furniture, plus meeting rooms, events spaces and a compact but sleek gym. A soon-to-open rooftop terrace and bar will be spritz central in summer.

And whether you’re here for business or pleasure, Luci (“loo-chee”) will be a focal part of your stay. It’s the day-to-night nexus of the Hilton Melbourne’s entire food offering.

Behind it is executive chef Sam Moore, who’s spent time cooking at a number of Sydney fine diners. In keeping with the Melbourne focus, each menu follows a similar plot line: mainly Italian influences, an emphasis on Victorian farmers and producers, with occasional cameos from other cuisines (usually Japanese).

Dishes at lunch and dinner are well-executed – the Wimmera duck breast with celeriac and radicchio in particular. But breakfast is a highlight: go for the smoked ham hock on crisp potato rosti, or the brown-butter pancakes with caramelised banana.

But it’s worth visiting for the space alone. It’s beautiful. Set in the grand hall of Equity Chambers, the design by Bates Smart (which is also behind the rest of the hotel) really takes the whole Gatsby thing and runs with it.

Huge geometric chandeliers hang throughout, and cove lighting on each of the columns makes every cornice look its best. A long walkway cleaves the room in two (and also cleverly shows off the Gringottsian marble tiling). One side is loungey and casual, the other is where most of the dining happens – with plush velvet chairs and booths.

Luci has a solid drinks list – classic cocktails, natural-leaning wines, a few craft brews. But if you’re after a proper postprandial, finish your night at the Douglas Club. It’s a cocktail bar right at the entrance of the building. Like Luci, it’s separated into two parallel halves. But unlike Luci, it’s modern and dimly lit.

There are stark stone counters, deep jade velvet lounges and moody cerulean walls with burnished bronze and timber accents throughout. In both of the bar’s rooms, screens built into the ceiling play a kaleidoscopic loop of the Melbourne cityscape.

For a quick drink, go to the main bar. It’s loud and tightly packed. If you’re looking to linger, the other, more relaxed half of the Douglas Club might be more your speed.

The creative drinks hit that happy place between opulence, technique and drinkability. The Lamington hogs the limelight, though, mixing rum, berries, sweet vermouth, cacao butter and coconut. It’s sweet but not cloying, and it goes down very easily. More subtle drinks such as The Jabberwock (the house Martini) play things straighter, but are no less proficient. The Pina Colada Breakfast is another highlight.

To eat, there’s a selection of cured meats, as well as a solid line-up of cheeses. Hors d’oeuvre-style snacks include savoury parmesan doughnuts and spanner crab tartlets.

But as soon as you get back to your room, my advice is to immediately don one of the fluffy white robes and a pair of slippers. Because the Hilton is back, hotels are back, and you won’t know how much you missed doing hotel stuff until you start doing it all over again. 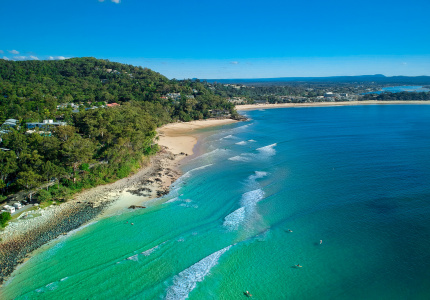 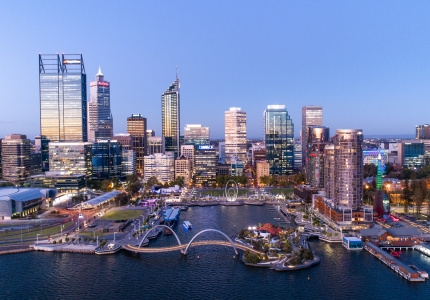