Produced by Broadsheet in partnership with Jeep and Empty Esky

A Guide to Filling Your Esky (and Supporting Bushfire-Affected Regions)

Almost a year on from last summer’s bushfires, many small businesses are still suffering. To help, the Empty Esky initiative is encouraging Australians to pack an Esky in the car and take a road trip to fill it up with delicious regional produce. In partnership with Jeep, we highlight some of the best options for handmade cheese, chocolate and more. 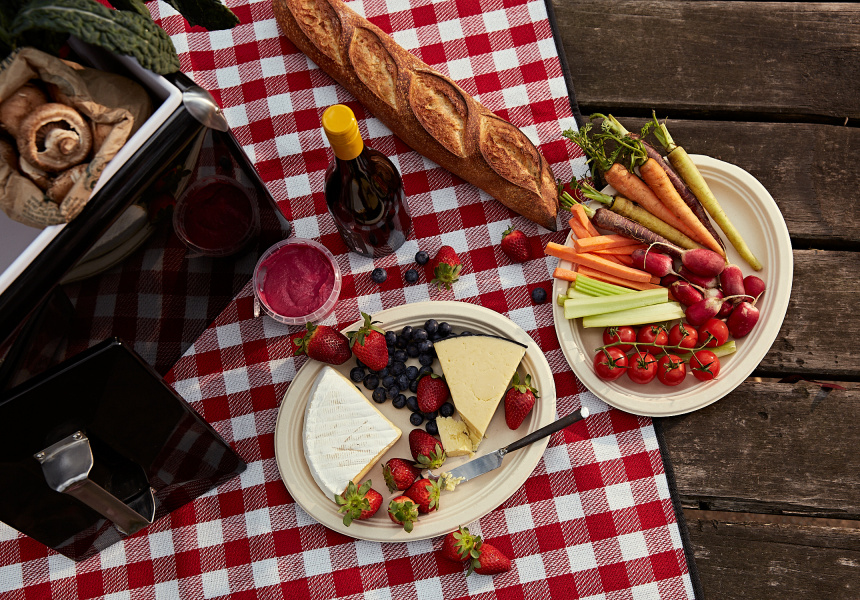 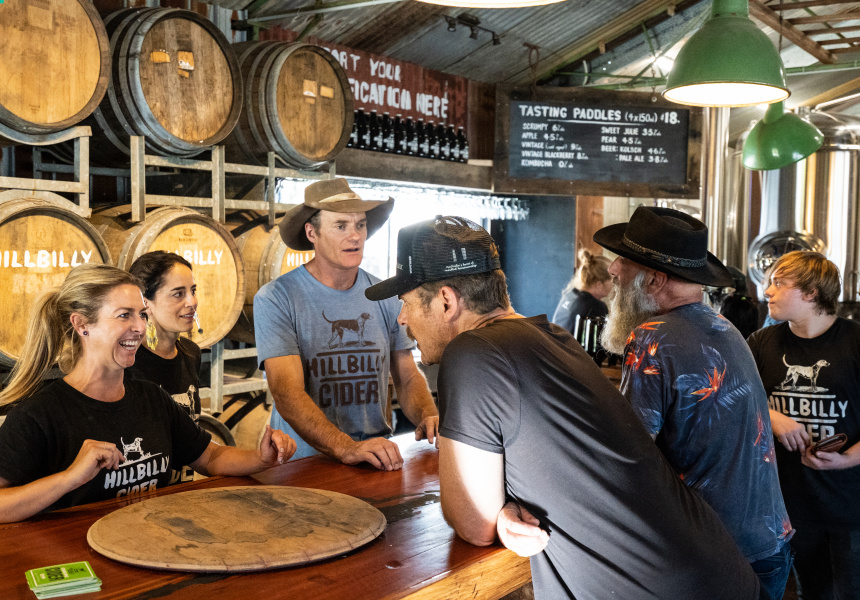 The sweeping impact of Covid-19 might have pushed headlines about the devastation wrought by Australia’s summer bushfires off the front page, but residents of the affected regions can’t put it behind them so easily. Thousands of small regional businesses have been especially hurt by the alarming decline of tourists following both the fires and pandemic-related restrictions.

That’s where Empty Esky comes in. A national tourism movement aimed at mobilising foodies and travellers, Empty Esky asks Aussies to set off with an esky and fill it up with goods from some of Australia’s most affected regions.

To get you planning, here’s just a small selection of some of the delicious products available from fire-affected areas. Grab your Esky and hit the road.

Sheep cheese from Allenview (QLD)
Just an hour’s drive from Brisbane or the Gold Coast, Towri Sheep Cheesery specialises in handcrafted cheese sourced from a purpose-built dairy stretching across hundreds of acres of farmland. Founder Carolyn Davidson even hosts cheese-making workshops that highlight the full potential of sheep cheese, which packs more calcium and protein than cow cheese, and can be consumed at home, a picnic or road-side stop, marinated in oil or straight from the rounded block.

Vanilla Slice from Mittagong (NSW)
When Empty Esky announced a public-voted contest to find “Australia’s Most Superior Fire-Affected Vanilla Slice,” there was stiff competition to claim supremacy for this iconic pastry. The Gumnut Patisserie in Mittagong took out the top prize with its tall, flaky, stacked creation, a victory that will come as no surprise to anyone who’s followed the family-owned bakery since it was established almost 25 years ago. Now with three locations, Gumnut continues to serve up full cakes and individual tarts with care, plus updated takes on other classic Aussie slices.

Cider from the Blue Mountains (NSW)
Nestled amongst national parks in Bilpin, Hillbilly Cider uses the local Julie apple to makes its unique Sweet Julie Cider. Roll up here and dip into the crushed apple, cloudy apple or crushed pear ciders, or grab a mixed case to sample them all. Designated drivers are catered for with the non-alcoholic apple cider made with root ginger, and there’s also a cider shed flanked by grassy space for lounging and frolicking with a canine (dogs are welcome). Share a woodfired pizza and soak in the surrounding splendour of the Blue Mountains while you sip.

Beer from the Snowy River (VIC)
Occupying a century-old butter factory near the Snowy River in East Gippsland, Sailors Grave Brewing makes eye-catching beer thanks to its hand-drawn and woodcut label art. That same painstaking quality control is evident in the beer itself, whether it’s the tropical-tinged Drowned Man IPA and easy-drinking Sou’East Draught in the core range, or adventurous seasonal brews like the Milky Way Custard Apple Cream Sour and Japanese-inspired pale sour made with sake kasu and persimmon. There’s no brewery door as yet, but you can pick up Sailors Grave beers all over Gippsland and Melbourne, as well as in Tasmania and New South Wales.

Gin from Kangaroo Island (SA)
Inspired by Sipsmith in England, Jon and Sarah Lark were early proponents of Australia’s gin renaissance when they founded the botanical-focused Kangaroo Island Spirits in 2004. Its award-winning gin range now includes a wonderfully tart Mulberry Gin (think sloe gin levelled up), a Wild Gin distilled with the island’s native ‘Boobialla’ juniper, and an O’Gin which incorporates coastal daisy bush and South Australian oranges. Vodkas and liqueurs have followed from there. Already enticing visitors with a garden-rich cellar door, the distillery’s pending $3 million upgrade will seriously bolster its standing as a top destination for spirit aficionados.

Chocolate from Phillip Island (VIC)
Sweet tooths are well looked after at the Phillip Island Chocolate Factory, complete with a colourful interactive tour that includes the world’s largest chocolate waterfall. The handmade truffles are a must (especially the secret-recipe white truffles), as is the sugar-free chocolate range. Balance out the sweetness by sampling the takeaway curries inspired by founder Kondapanny Letchumanan's (aka “Panny”) Indian-Malaysian heritage.

This article is produced by Broadsheet in partnership with Jeep. Learn more about Empty Esky here and the Jeep Compass S-Limited here.

Produced by Broadsheet in partnership with Jeep and Empty Esky Learn more about partner content on Broadsheet. 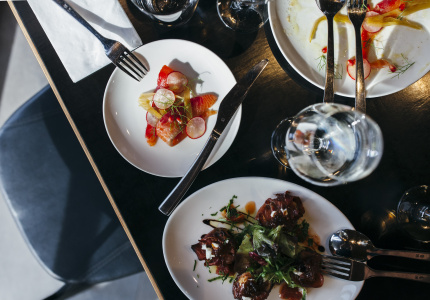 A Local’s Guide to Gippsland Produce