The coastline yields exceptional oysters, but the inland is fertile too. In partnership with American Express and its Shop Small program, here’s a clutch of the region’s must-visit bistros, breweries and bakeries defining local cuisine. 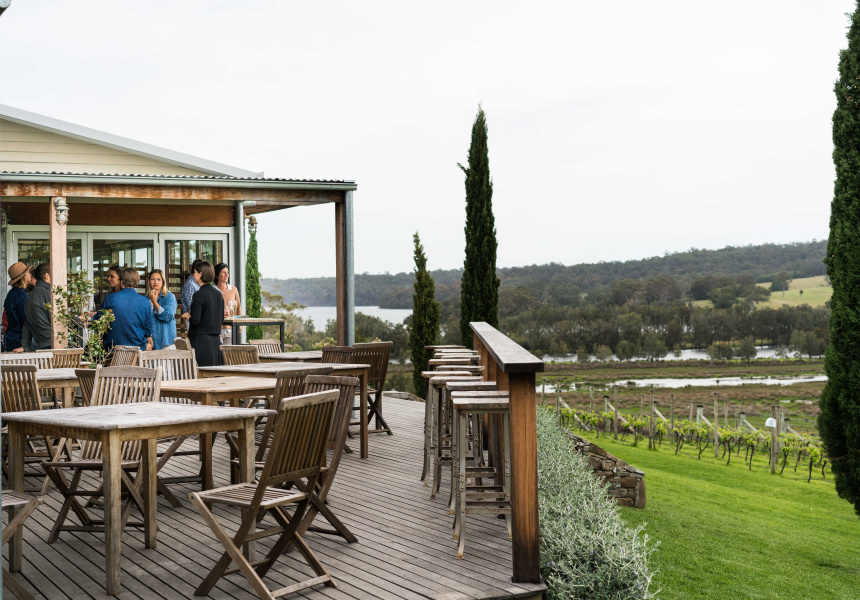 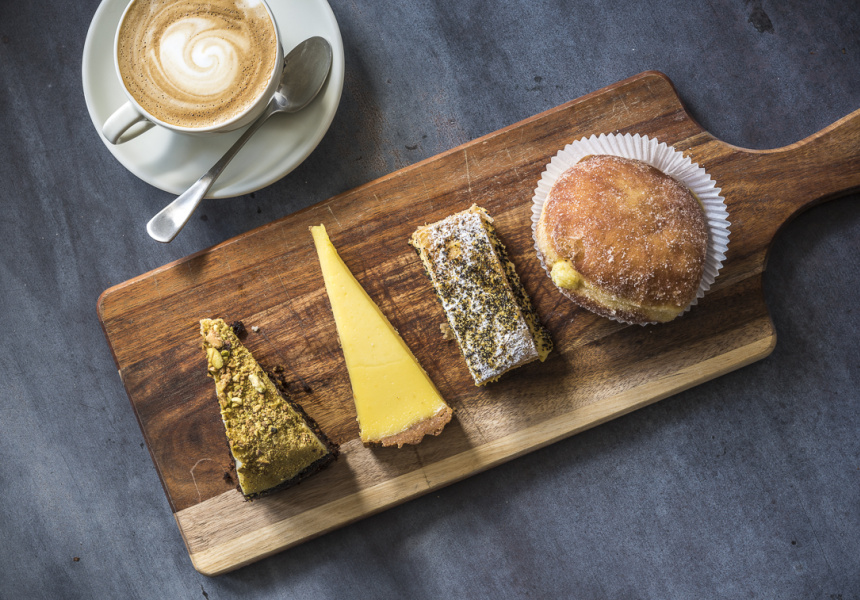 If you’re the kind of person who travels to eat – or happens to enjoy eating delicious things as you travel – we’ve etched a squiggly route along the NSW South Coast with restaurants as our guiding lodestars. Ramble from craft beer in the north, to plentiful farm-to-table (and ocean-to-plate) eating in the middle, and on to French-style cheese at the southernmost poisnt. Here’s our guide to this stretch of the South Coast’s most exciting eating and drinking.

Moonacres Kitchen, Robertson
Arrive early at this organic farm-cafe and you’ll be rewarded for your efforts with Mecca coffee and broccoli croissants (among other perfectly constructed pastries). Moonacres Kitchen grows fruit and veg across 140 acres of red basalt soil. The produce ends up on its own menu, and at places like Sydney’s Lankan Filling Station and Fred’s. Owners Phil and Lisa Lavers and the team do clever things like cure pancetta (using Taluca Park free range pork), mill flour, make preserves and pickles, and turn Jamberoo Mountain Farm beef into hearty pies. The all-day menu reflects the seasons. Try a bit of everything via the tasting plate, which features house-made charcuterie, condiments and sourdough, along with that day’s farm produce.

South on Albany, Berry
To read the South on Albany menu is like taking an edible tour of the surrounding terroir. Kangaroo Valley carrots, Jerrawangala peaches, Mittagong mushrooms, Robertson truffles, and Gerringong’s Buena Vista Farm feta. Sommelier Sonia Greig and chef John Evans have run this brick-front bistro in a Berry side street since 2013. They’ve built a reputation for serving up truly local food and wine, shaping dishes from whatever local growers are offering that week. That means the three-course set menu changes weekly, while the oft-present fish of the day main changes, well, daily. There’s the option of freshly shucked oysters to start (when the tides are behaving), as well as matched wines. The 50-strong list highlights bottles from New South Wales and Canberra. Bookings a must.

The Blue Swimmer, Gerroa
With its by-the-sea atmosphere, it’s perhaps no surprise local seafood takes many forms on The Blue Swimmer’s menu. Daniel Dewhurst and Lauren Brown took charge of this Gerroa gem in 2016. They source local fish, meat, and vegetables, as well as grow some of their own produce, herbs and edible flowers. Start with freshly shucked South Coast oysters, chased by roasted beets with ricotta and a (local) macadamia crumb. Fish might be dished up as ceviche, tacos or laksa, while the lamb ragu is supported by house-made fettuccini. The wine list is heavy with Australian drops, including organic, biodynamic, and natural iterations. Plus, there’s beer from Gerringong’s Stoic Brewing and co-op cider from Faire Ferments in the Goulburn Valley. Return for breakfast, when you can pair a Single O coffee with a croissant from Kiama’s Parfait Patisserie.

Clay Coffee Collective, Gerringong
This pint-sized cafe is tucked off the main road inside Millers Arcade. The beans are roasted by North Wollongong-based Delano Specialty Coffee. Add local milk from South Coast Dairy or stick to black with a single origin filter (hot or iced). Take a seat in the sun-lit arcade so you can enjoy your morning brew in a handmade cup by South Coast ceramicist Brigita Hammell, whose work you can also take home. Gerringong Bakery’s sourdough plays a leading role on the food menu. Opt for a toastie or perhaps the bruschetta with Pecora Dairy curd. On the sweet side, there’s house-toasted granola with local yoghurt.

Five Barrel Brewing, Wollongong
This 600-litre brewery and taproom has been peddling unfiltered, unpasteurised beers from an unassuming warehouse in industrial Keira Street since 2015. Opt for a tasting paddle if you’re eager to peruse as many of the 12 taps as an afternoon allows. Meander from the XPA (lighter and hoppier than the pale ale) and a red IPA to the New Zealand pilsner, American brown ale and milk stout. The team plays around with fruit-infused sours and ageing in barrels in limited runs. Middies and schooners are the glass sizes here, but there’s also growlers, squealers and tins to-go. Soak up your tasting journey with an eight-hour smoked pork burger, or fish and chips.

Cupitt’s Estate, Ulladulla
This South Coast winery is quite the overachiever. What started with a handful of vines planted in 2003 has expanded to include a brewery, cheese dairy, cellar door and restaurant. Rosie Cupitt is leading the charge here. She was first the winemaker, now she makes the cheese (son Wally has taken over on the wine front). The milk comes from Montbéliarde cows (the French breed responsible for comté) at Narrawilly Dairy about 10 kilometres away. Sample your way through a flight of wines or beers (pilsner, session ale, IPA, lager) on the deck while taking in the idyllic view. Or secure a spot at the restaurant, where the menu is shaped by what’s growing in the on-site organic kitchen garden. 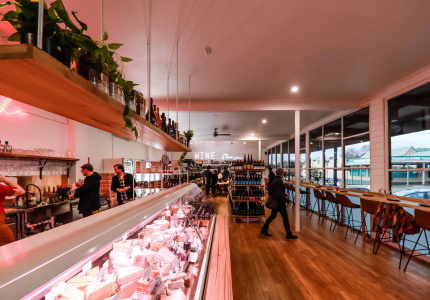