A New Look for Raes on Wategos in Byron Bay

Celebrated Sydney designer Tamsin Johnson takes us on a tour. 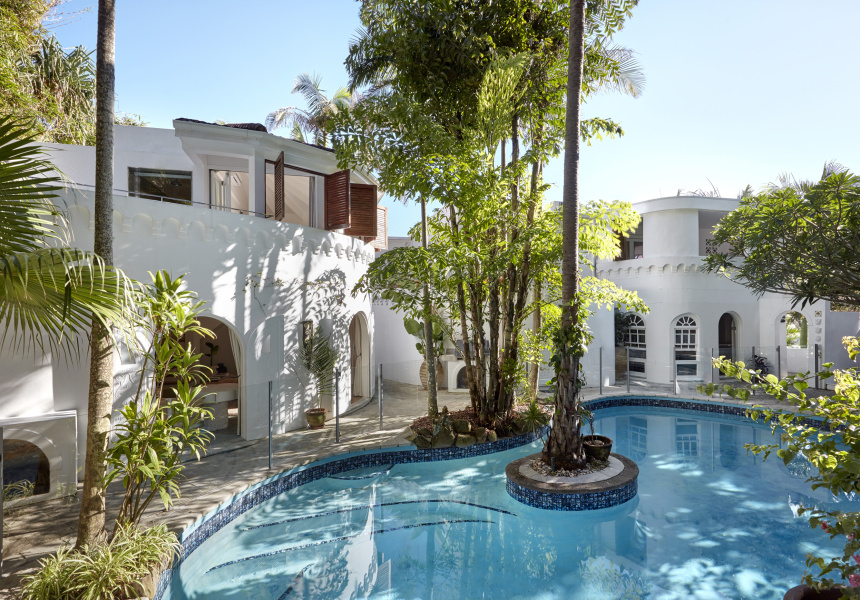 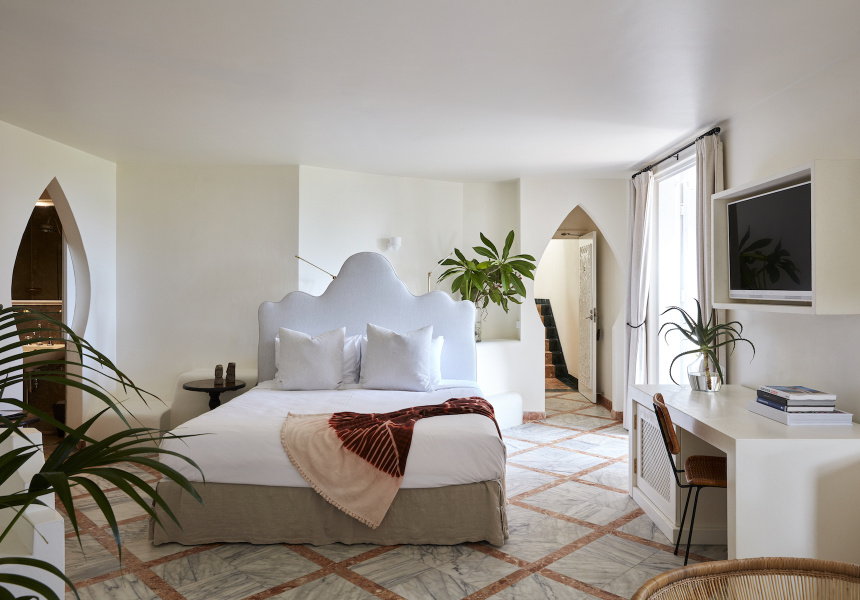 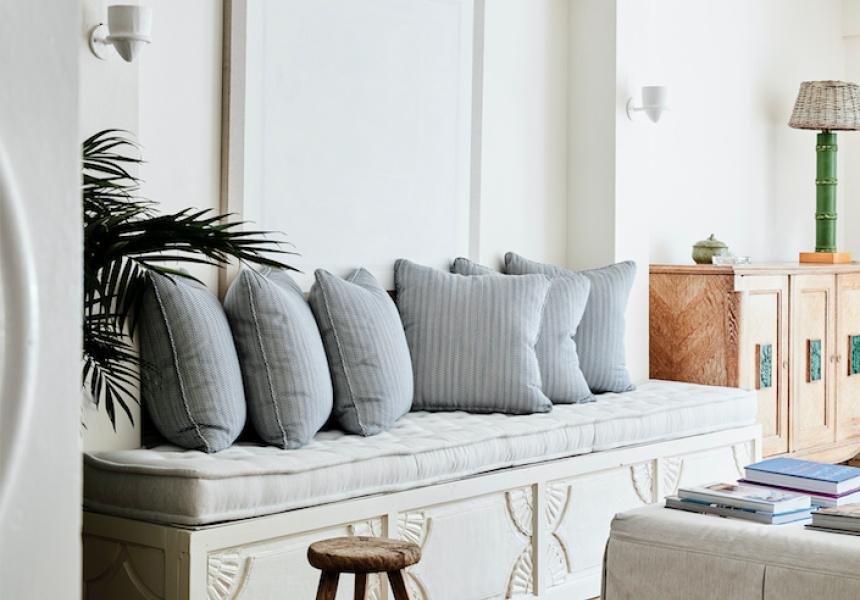 “Straight away we saw that Tamsin’s style was a perfect fit for the hotel,” says Catalano. “We needed someone who could declutter the space, and furnish the rooms with unique items that complement the already beautiful bones of the building.”

The brief was “refreshingly broad,” says Johnson. “They literally said yes to everything and had a very open mind throughout the whole process.”

The result honours the resort’s legacy – a series of pared-back interiors full of natural materials, customised features and luxe details more in tune with its peaceful, beachside surrounds. Standard suites start from $620.

“When I first walked through the hotel it was over-furnished and cluttered with oversized brown furniture, dark purple fabrics and lots of suede and velvet,” says Johnson. “Byron Bay is a very calm place and Wategos is so tranquil and relaxing so I wanted the interior to reflect this.”

Johnson used natural materials in her design – “we're in Byron Bay after all.” Travertine (a type of limestone) and timber feature throughout, as well as sculpted sandstone planters, handwoven rattan furniture, and cotton and linen loose upholstery.

Artworks come from Byron Bay artist Todd Hunter, photographer Tom Riley, and “a couple of other contemporary Australian abstract artists,” says Johnson. “The hotel is so charming, I didn't feel like every wall needed to be covered as the views are sensational and I did want to keep the interior restrained.”

Johnson sourced many one-off items from an Italian furniture fair she visited last year, including a wrought-iron antique chandelier, green and yellow bamboo lamps, and a rattan vintage Gervasoni table lamp from the 1950s.

Among the designer’s favourite details are the custom lighting throughout, including giant, white sculptural concrete shells in the common areas, and the bedrooms’ curved, cloud-like bedheads and handmade dip-dyed concrete bedside tables.

Catalano is pleased with Johnson’s work. “The venue feels more like a home than a hotel and that was the aim,” he says. “There are no two rooms that are alike.”

The existing interiors were decades old. The original building was built in the 1960s as a kiosk called The Argentinian Ant. In the 1970s more works were made to the structure when it became La Belle Epoque, a restaurant and private home. Legend has it Salvator Dalí designed the tropical garden and pool as it was owned by a relative.

In 1994, Vinnie Rae and Helen Patterson purchased the building, set among subtropical rainforest, then added a spa and renamed it Raes. In 2012, a mystery buyer, later revealed to be London financier William Morris, bought Raes for $20 million, but the sale never settled. In 2013, publisher and Melbourne-based Anthony Catalano bought the property.

A refurbishment of the restaurant is planned for later in 2017. Also in the works is Raes Collection, including a private jet and a super yacht service, alongside structural changes such as an underground carpark.