The heritage-listed building has also been a private home, an orphanage, a hospital and, in more modern times, a set of apartments. It features remote check-in, cushy Didier Puffalo lounges and fancy Noosa-made beds. And yes, you can take your dog. 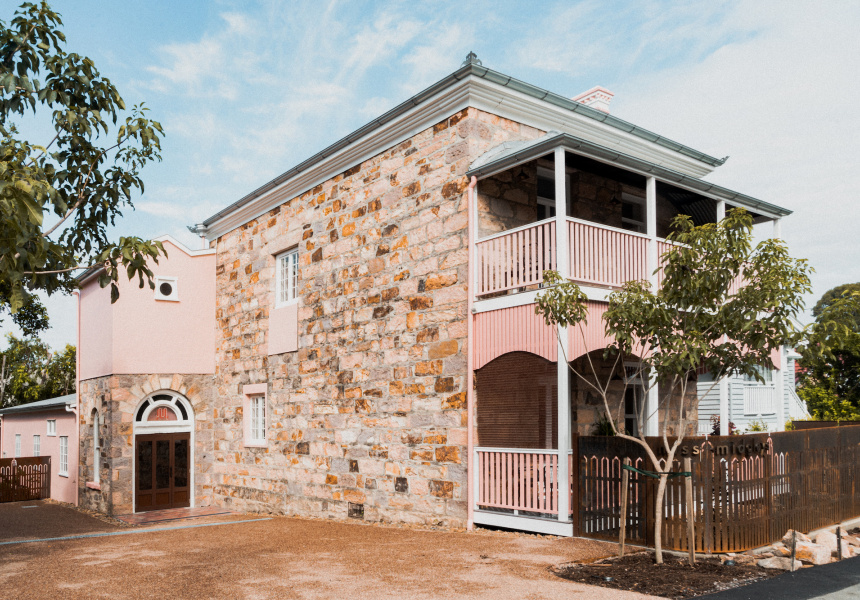 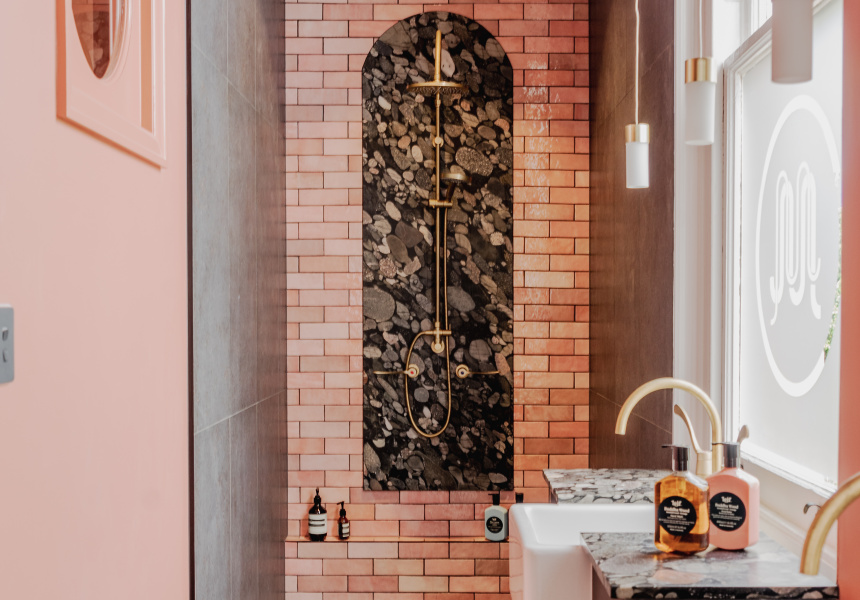 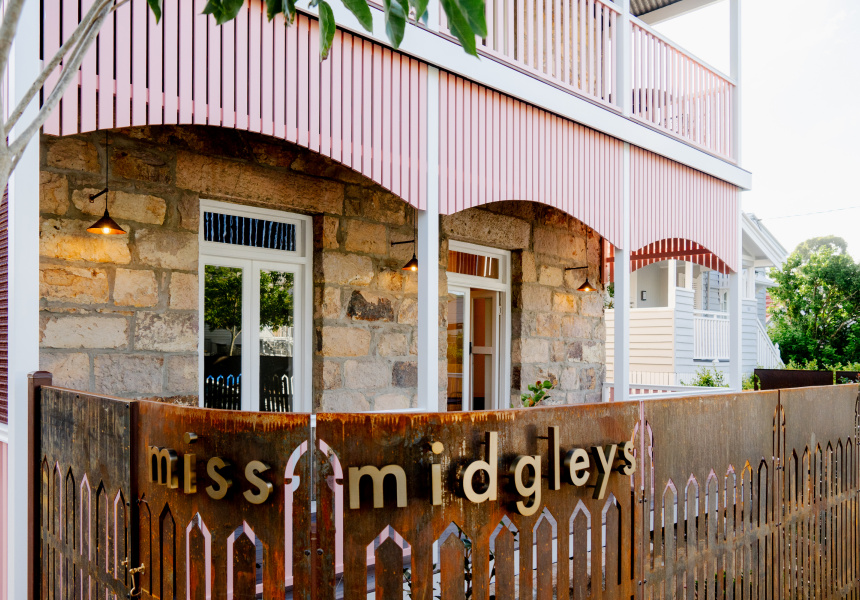 It’s one of those butt clenching moments.

Standing on James Street in Brisbane’s New Farm outside Miss Midgley’s, a local approaches co-owner Lisa White. White is a week out from opening her boutique accommodation project and there’s activity all over the site. Is there too much noise? Has a tradie parked across a driveway? Thankfully, neither.

“I just wanted to say what a wonderful job you’ve done,” the stranger says, congratulating White on keeping this imposing two-storey 19th-century house and former school’s refurbishment in character with the rest of the suburb.

You take her point. Despite its size, it would be easy to drive past Miss Midgley’s and not even notice the transformation. Its distinctive Brisbane tuff walls have been left unpainted, the timber verandahs have been stripped back to their original white and pink, and a couple of creeping vines have been kept intact. Only a striking weathering-steel front fence hints at what’s inside, and even then it’s designed to mimic a more traditional (if not original, White says) picket number.

“You saw that lady in the street today, and I’ve had that every day – people coming up to say, ‘Thank you for saving the building. Thank you for not overloading the site because we were so frightened developers were going to knock it down,’” White says.

The rooms have been given names – Refectory, Locker Room, Principal’s Office, Assembly Hall and Drawing Room – that reference the building’s history as Miss Midgley’s Educational Establishment, opened by Annie Midgley in 1905 to help with overcrowding at the neighbouring New Farm State School. At other points since its circa 1863 construction it’s been a private home, an orphanage, a hospital and, in more modern times, a set of apartments.

“Every second person we’ve talked to has either lived here or their hairdresser lived here or something like that,” White says, laughing. “The lady who made us coffee this morning, she once owned it.”

White co-owns Miss Midgley’s with her daughter, Izzie White. Both are architects, with Lisa boasting extensive experience in residential builds – she worked on the Miss Midgley’s design herself with Banyo-based JMC Construction Solutions. Izzie’s collage-like artworks with their Brisbane references hang throughout the building.

It wasn’t so long ago that Brisbane was very much a conference town serviced by a bunch of big-brand hotels. Then came the wave of boutique inns such as The Calile and Crystalbrook Vincent, better suited to the Queensland capital’s newfound status as a tourist destination. Miss Midgley’s feels like another step in this rapid evolution – smaller, intimate digs designed for incidental tourism. It helps add texture to the city’s accommodation scene.

There’s a swimming pool down one side of the house, electric bikes that you can borrow, and remote check-in and check-out. You can even bring your dog if you’re staying in one of the three ground-floor apartments.

“This is about providing something for someone who doesn’t want to stay in a big hotel,” White says. “I’d choose somewhere like this when travelling internationally. I love this kind of scale.

“I don’t want to be in the main street of a city. I like the idea of the suburbs. That’s why New Farm is so great, because it’s so close to Howard Smith Wharves, it’s so close to the James Street precinct, it’s close to the walks on the river if you want to do them. It’s the perfect location.”