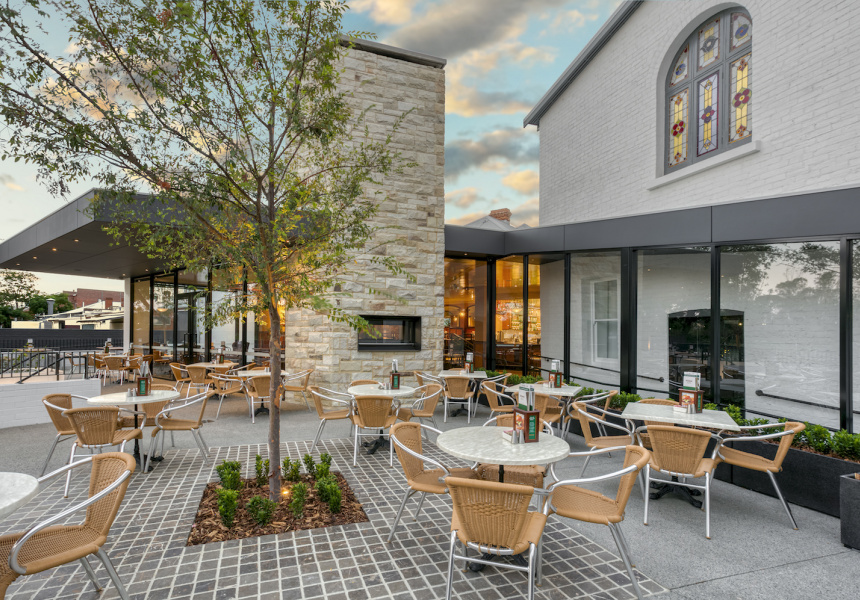 A town characterised by golden canola fields, weathered shopfronts and fibro cottages is an unlikely location for boutique luxury accommodation. But the recently opened Farmers’ Home Hotel in Northam – a 90-minute drive north-east of Perth in the Avon Valley – doesn’t feel out of place at all. The modest, two-storey lodging expertly blurs the line between contemporary design and old-world charm.

The 16-room hotel occupies a building that’s been a part of Northam’s streetscape since the early 1800s. It’s had a colourful history – it started as a general store; survived the temperance movement (from which the attached Temperance Bar, which serves share plates and wines from the Swan Valley and Perth Hills, gets its name); and saw five significant expansions over the past century.

Hotelier and Dome Group CEO Nigel Oakey purchased the building five years ago when it was still trading as the Shamrock Hotel. “It was a pretty rough, run-down old pub,” says Oakey, who had much grander visions for the site.

“I think we’ve matured a lot in terms of heritage. It’s a very exciting time that we live in now – the approach to adaptive reuse is quite sophisticated.”

He should know. He’s refurbished upwards of 15 heritage buildings for his line of cafes, and completely transformed another two into upscale hotels. “If you can stop, exercise your imagination, and put the effort in, you can do some great things,” he says.

In 2018 Oakey opened the first of his two hotels, the highly lauded Premier Mill Hotel in the Wheatbelt town of Katanning. When he purchased the building, it was a dilapidated old flour mill. Now it’s comparable to spots such as Pumphouse Point and Moss Hotel in Tasmania. That same year, works began on the building in Northam.

To bring the hotel to life, Oakey re-engaged architects Michael Patroni, Dimmity Walker and Tobias Busch of Space Agency in Fremantle, the same team that worked on Premier Mill. They incorporated some of the same design elements, creating a sense of connection between the two hotels whilst also ensuring distinct identities.

“Dimmity ... has very successfully given great respect to the building’s story and heritage, but still made it contemporary,” says Oakey. “The building is the artwork, so what we’ve tried to do with the interiors is just pare it all back. It’s all about telling the story and focusing on the details.”

The hotel is modern with a lived-in kind of luxury, but it also retains the soul and history of the building – a balance Oakey prioritises in his work, which makes his approach different to that of many traditional developers.

“Developers move on, operators don’t,” he says. “I live with what I do. Every decision I make in building these hotels, I will bear the consequences of.”