From German ham to oyster omelettes, here are his top five tips. David Thompson is one of the world’s foremost experts on Thai food. The Sydney-raised and trained chef has lived in Bangkok for more than 30 years, spending much of that time hunting down Thai cookbooks and translating traditional recipes into compendiums like Thai Food and Thai Street Food: Authentic Recipes, Vibrant Traditions, as well as the menus for his restaurants.

His now-closed London restaurant, Nahm, won the world’s first Michelin star for a Thai restaurant, and there are three iterations of his Long Chim diner in Australia: Perth, Sydney and Melbourne (which is sadly closing). Broadsheet spoke to Thompson on one of his regular trips to Australia, where he was launching a new menu inspired by Bangkok street food. It includes memorable dishes such as mouth-burning deep-fried larb dumplings, fresh prawns wrapped in bean curd, and comforting pork and garlic boat noodles. As Thompson tells Broadsheet, Thai food is more than green chicken curry and pad thai.

“And it’s not so much in the high-end stupid restaurants – but on a daily basis, you can just eat the world there. A bowl of noodles, stir-fry, beef brisket, fish grilled with chilli or whatever, you just never stop eating.

“I’m certain each country has its own national past time: the English, their gardens and literature; the Germans, their music and their sausages; the Thais, I think honestly their national past time is eating. They’re insatiable eaters, they discuss food with a frenzy.”

Here are the places he recommends eating at when in Bangkok.

Or Tor Kor
“Or Tor Kor is a great market and I think I like it most of all for its fruits. Fantastic pineapples. At the moment it’s hot season; I’m back there in two weeks, though I wish it were tomorrow. I miss Bangkok, I truly do, I love it, it’s home to me. And it’s the hot season there now, which is piercingly hot. That inconvenience and discomfort is at least sweetened by some of its fruit. It’s the best time of year for eating pineapples and durians and jackfruits and watermelons, santol [a tropical South-East Asian fruit], a whole range of fruits that are just so delicious. In that market you’ll find all those wonderful fruits, the best of Thailand.”

100 Mahaseth
“Restaurant-wise, I don’t mind Chalee’s [Kader] restaurant, 100 Mahaseth, which is in a cool area [Charoenkrung].”

Sühring
“I like Sühring brothers’ German restaurant – I know it sounds bizarre and preposterous to recommend a German restaurant in Bangkok, but hey, it’s Broadsheet, be open-minded. I just let the two boys [choose what I eat]. Their menu changes all the time but they have some great hams and stuff like that, which is delicious.”

Bo.Lan
“I like Bo.Lan, of course [the Thai restaurant was recently named number 19 in the World’s 50 Best Restaurants list], with Dylan [Jones] and Bo [Duangporn “Bo” Songvisava] [both alumni of Nahm in London].”

Bonus
“There are a few good Italian places, and when I say good, I mean they wouldn’t be out of place in Italy. There’s no restriction on bringing ingredients through borders into Thailand, you can get all the ingredients you like in Thailand, so you [you can achieve a more authentic flavour].” 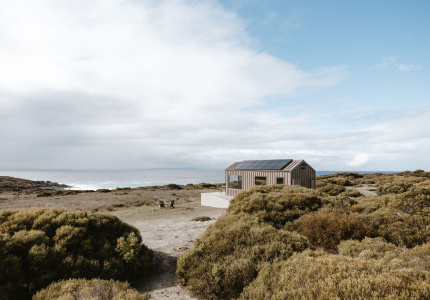 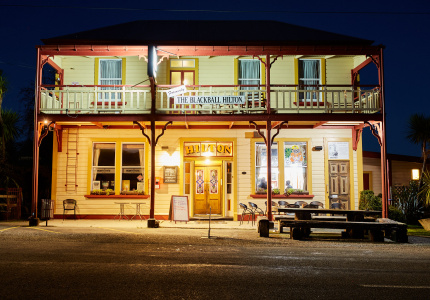