An Historic Hobart Hospital Is Being Transformed Into Mary Mary, a Cocktail Bar In the Luxe New Tasman Hotel

The cosy sandstone bar will have fireplaces and a rare spirits library. The hotel, which is opening soon just off Salamanca Place, will have an Italian restaurant and beautiful harbour views. 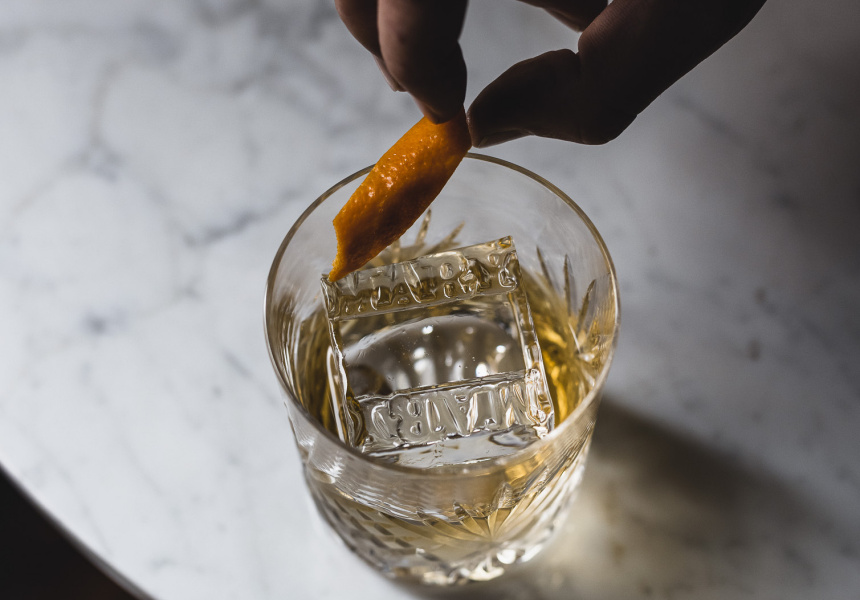 The cocktail bar in Hobart’s new 152-room Tasman Hotel might draw its name from the initial tenant of the stately 1841 building in which it’s housed, but bar manager Ronán Kavanagh says you’re unlikely to find the classic scotch-whisky cocktail Penicillin at the former St Mary’s Hospital when it opens on December 9.

“That’s one of the most riffed on modern classics, so I think we'd have to be pretty creative to make a drink like that really unique. But we might come up with something entirely different on our own,” he says. “I like the sound of a Rigor Mortis.”

The Dublin-born manager cut his teeth at a variety of venues in Hobart, New Zealand and Vancouver. That included Tassie distiller Charles Oates, and he’s used those industry connections to source the bar’s booze. He also worked with leading drinks consultant Charlie Ainsbury (This Must Be The Place, Eau de Vie, Bulletin Place), and together they’ve collected the state’s best beverages and produce to create the bar’s list of updated classic cocktails.

The house Old Fashioned will use a whisky bottled exclusively for the Tasman by Lark, which is probably the distillery that put Tasmania on the international booze map. An as-yet unnamed drink, will spike a local cider with a splash of apple eau de vie, Braeburn apple juice and roasted apple cider vinegar (at one point the state was one of the world’s largest producers of apples).

Another will use pigface juice, and Kavanagh doesn’t need to go far to source the ingredients. “When they started developing [hotel restaurant] Peppina, they planted a beautiful bed on the rooftop where we get the pigface. There’s also a little bit of saltbush and a small Tasmanian native pepperberry bush that we’ll use as well.”

The venue’s former coal chute is being transformed into an intimate library housing a collection of rare and unusual drops, including fruit spirits like apricot brandy, aged grappa and Domfrontais (a style of calvados made by blending apple and pear spirit), and limited-edition whiskies. “The relationship with Lark is definitely important there,” says Kavanagh. “Sometimes they have little 20-litre barrels of things they can't bottle so we’ll have small-batch releases from Lark and Sullivan's Cove and incorporate those into tastings and masterclasses.”

The cosy bar will feature deep armchairs arranged around four fireplaces set into the exposed sandstone walls (two in private rooms), plus lots of wood. “The floor and the bar are built from timber that was salvaged from the original St Mary's Hospital and are accented by the original heavy steel doors.”

The 74-seat venue has its own entrance opposite St Davids Park. The hotel is right near the city’s famous Salamanca Market, and it fronts Murray Street in Hobart’s Parliament Square.

The hotel, which is part of Marriott’s Luxury Collection, is made up of three buildings – the hospital, a 1940s art deco building and a new glass-ensconced pavilion. Its Italian restaurant, Peppina, will feature food by Tassie chef Massimo Mele (Grain of the Silos, Launceston) and head chef Glenn Byrnes, who has worked at local fine diners Garagistes, Aloft and Fico. It’ll have an open kitchen with a woodfired oven.

The Tasman Hotel opens on December 9.