A new traffic-light system will determine which parts of the country Victoria is open to. From 6pm tonight, anyone travelling from within Australia to Victoria will be required to apply for a permit.

Victorian Premier Daniel Andrews announced the news in a press conference this afternoon, after the state recorded its fifth day of no locally acquired cases.

To determine who is and isn’t able to travel to Victoria, the state has put in place a traffic-light system; each part of the country will be marked as either green, orange or red. Travel will be allowed from green and orange zones, while those in red zones won’t be allowed into Victoria.

Regional New South Wales will become an orange zone tonight, meaning Victorians in the area will be able to return home. Greater Sydney and Brisbane will remain red for now, but Andrews said the situation will be reviewed daily.

People in Victoria who were in greater Brisbane can leave isolation at 6pm tonight if they have returned a negative test.

Apply for a travel permit here. 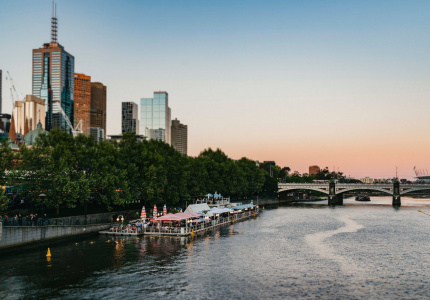 A City Staycation Guide to Melbourne