After Four Years in the Making, Sydney's Paramount House Hotel Is Open

It has 29 rooms, Japanese-style timber baths and mini-bar snacks by LPs Quality Meats. Look up as you enter Sydney’s newest boutique hotel, Paramount House, to see the copper-clad roof shine across what is evolving into one of the city’s more exciting pockets.

The aesthetically pleasing addition to the Commonwealth Street venue on the eastern fringe of the CBD doesn’t just help connect the two buildings that make up the hotel – the former offices of Paramount Picture Studios and its film-storage warehouse – but reflects the overall deign ethos of a place that mixes heritage details, contemporary updates and a modern palette of concrete, terrazzo and timber.

The opening signals the completion of the long-running restoration project by Russell Beard, Ping Jin Ng and Mark Dundon, the team behind some of Australia’s best cafes: Reuben Hills, Paramount Coffee Project and Bondi Hall in Sydney, and Melbourne’s Seven Seeds.

Melbourne-based Breathe Architecture is behind the design, and each room has its own personality and layout. There are two spacious suites called Mack Daddy, New York-style lofts with floor-to-ceiling glass windows (and remote-controlled blackout blinds), rooms with enclosed balconies and some with Japanese-style timber baths.

When you enter the atrium-style lobby – which blends seamlessly from the Paramount Coffee Project cafe in front – you’ll be served a selection of drinks, including a sour beer by Marrickville brewery Wildflower. Look for the quirky artwork and woven hangings on the wall, and the kitsch wallpaper in the lift.

When you get to the room you’ll find amenities by Aesop, mini-bar snacks by LP's Quality Meats and wines by Tom Shobbrook, a natural winemaker from the Barossa. The beautiful bed linens are by Melbourne-based Cultiver, and there are linen bathrobes emblazoned with the words “House” in capitals in bright pink on the back. “We really wanted to include all the things we love about staying in interesting, great hotels,” Beard says.

And while the amenities are impressive, it’s the service that Beard really wants people to remember. “It's operations that are important: how you’re treated; execution,” he says. “We’re looking after people, really, just welcoming them into our home.”

Key to that is creating that elusive hotel-that-feels-like-a-home vibe. “We wanted the rooms to be representative of Surry Hills and of Sydney,” says Beard. “Part of that was looking at what it means to be living here.”

Still to come, likely in June, is the highly anticipated restaurant, called Poly, from the crew behind one of Sydney's best: Ester. There is also a rooftop health club and outdoor garden cafe called Paramount Recreation Club, which offers day passes.

Guests can also make the most of the building’s other tenants, including the art-house Golden Age Cinema and Bar and co-working hub The Office Space. Paramount Coffee (and eventually Poly) will deliver room service, or guests can order in from Uber Eats. 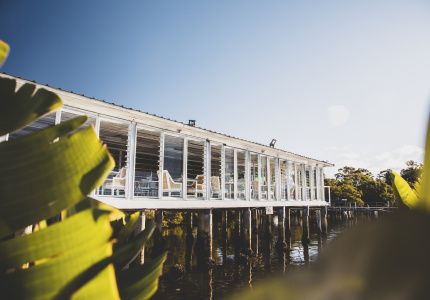