A weekend (or longer) getaway to Western Australia’s capital is as much about the destination as it is the journey. In partnership with Tourism WA, we’ve assembled this 48-hour itinerary filled with eating, drinking and sightseeing highlights from out west. 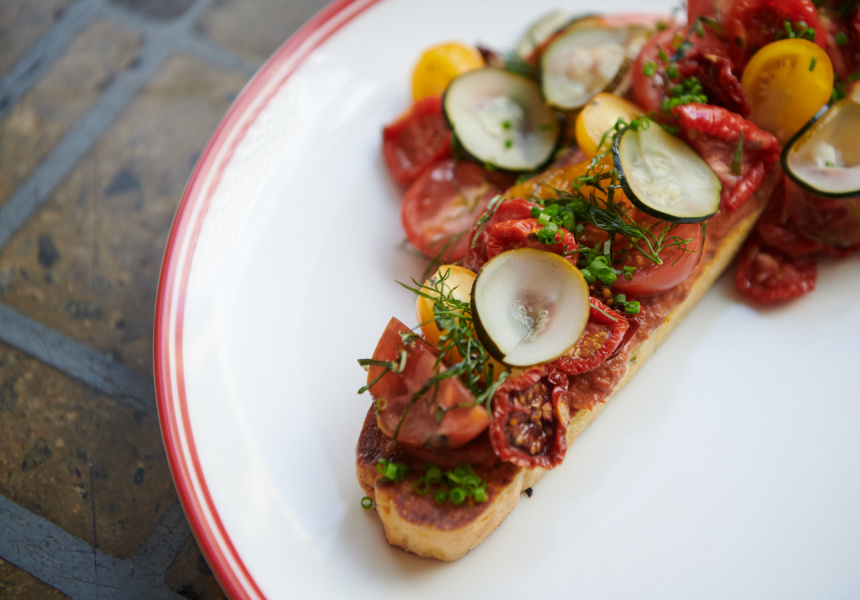 I have a running gag with friends around Australia in which I refer to Western Australia as “God’s Country”. Admittedly, part of me enjoys stirring up my mates, but I also believe that life on the west coast is very, very good.

I want to help non-West Australians sample that good life and make the most of their time in Perth (known as Boorloo in the Noongar language). And while this article might be written with the weekend visitor in mind, I strongly recommend you extend your stay: not just because you’ve likely travelled some distance, but because once you’ve seen what’s out west, leaving is going to be tricky. For those who haven’t been for a while (or haven’t been at all), these are some of the newer attractions that should be on your radar.

The Humble Onion
The reopening of the former Greenhouse site as The Humble Onion earlier this year brings the story of chef Chris Howard, a former apprentice at Greenhouse, full circle. There is, of course, more to this new CBD cafe than a feel-good story: Howard channels the DIY and produce lessons learned at Greenhouse into a menu of sharp brunchtime favourites ranging from zucchini bread with muhammara and tomatoes to sandwiches of house-cured bacon, and a swimmer crab and leek quiche. Restaurant manager Caitlin Johnston keeps things buoyant front of house with cheery service and a drinks list highlighting young up-and-comers doing interesting things – a lot like The Humble Onion’s owners, really.

Petition Kitchen
Petition Kitchen, an all-day dining room inside Perth’s State Buildings precinct, hums from day to night. It’s a historic space, certainly, but the menu of polished brunching fare speaks to a kitchen in step with contemporary dining trends. Brunch at Petition Kitchen could be as simple as toast with butter and preserves or as hearty as raw chopped beef and eggs on house-made focaccia, and a brekkie roll freighting a hash of pastrami and Swiss cheese. For those mornings where the Mano a Mano coffee doesn’t cut it, Bloody Marys and Espresso Martinis are on hand for code-red emergencies. (Alternatively, return later in the day and enjoy Petition’s satellite beer bar and wine store.)

Fleur
Housed within the historic Gold Rush-era Royal Hotel, Fleur reimagines the potential of the hotel restaurant. Japanese flavour and technique are key interests of chef Chase Weber and it shows in a tasting menu that features grilled kangaroo tsukune (skewered meatballs) among the snacks, ocean trout teamed with mussel dashi, and a thoughtful drinks list that offers sake alongside wines and snappy cocktails. For those not in the mood for the full monty, head to Fleur’s handsome bar for caviar, western rock lobster toast and a frisson of old-school glamour.

Cooee
While this airy restaurant at the Old Swan Brewery features million-dollar views, accessibility is the name of the game. Alan Wise’s cooking is grounded in the familiar, but smart thinking and an eye for produce puts a neat spin on the standards. Mandarin and chilli oil lend a cool accent to raw kingfish, miso and cured egg yolk perk up chook, while croquettes stuffed with jalapeno, cheddar and cauliflower and a mushroom tartare with potato crisps ensure plant-based eaters don’t miss out on the fun. Desserts and the extended weekend menu show off the range of gun pastry chef Amanda Yong.

Foxtrot Unicorn
Dimitri Rtshiladze, owner of Foxtrot Unicorn, describes this underground watering hole on St Georges Terrace as “the Seinfeld of bars”. “It’s a bar about nothing,” he quips. Unless, of course, you enjoy well-made cocktails, big-flavoured toasties and small-scale beers and wines – in which case, Foxtrot Unicorn is very much a bar about lots of things. The bartenders, despite their impressive collective CV and knowledge about booze, understand it’s all about looking after guests and are as much a draw as the cosy jarrah-clad room, beautified by alcohol-related memorabilia.

North Bird Wine Store & Bar
In a short space of time, the stretch of William Street between Wellington and Brisbane streets has established itself as Perth’s “Wine Bar Corridor”. Start your exploration of the vinous paradise at this multifunctioning space combining new-wave bottle shop, bar and dining room. Order your wine by the glass, dispensed by an Enomatic wine machine, or pick a bottle on the shelf to either drink in or take away with you. If you’re hungry, chef Declan Rhodes’s concise menu of smallgoods, cheese and small plates lifted by native ingredients – grilled prawns with a prawn’s head sauce and Geraldton wax, for instance – are ready to take your call.

Visit the new WA Museum
Four years and $400 million in the making, the new WA Museum Boola Bardip – “many voices” in the local Noongar language – opened in November. Consisting of eight permanent galleries, the museum brings together art and artefacts telling stories of Western Australia, from its Aboriginal history to the present day. Although general admission is free, special exhibits and tours need to be booked. Visiting the new museum is also a fine excuse to explore the wider Perth Cultural Centre precinct which is home to the Art Gallery of WA as well as PICA, the Perth Institute of Contemporary Art.

Explore Elizabeth Quay
“The River. The City. Together Again.” So goes the mission statement for this waterside precinct unveiled in 2016. In addition to bringing the Swan River a little closer to locals and visitors – the quay is home base for a variety of boat tours, including Venice-inspired gondolas – the development is also home to a burgeoning food and drink scene, with an outpost of Leederville gelateria Gusto Gelato and the microbrewery-equipped Island at Elizabeth Quay, among others. Broome pearling operation Willie Creek Pearls also has a showroom in the precinct, while contemporary and Aboriginal art features are scattered throughout.

Ritz-Carlton Perth
Arguably the highest profile tenant at Elizabeth Quay, the gleaming Ritz-Carlton Perth reimagines Western Australia through the global hotel chain’s luxe lens. You see it in the building’s pink mirrored glass, a design flourish inspired by the pink argyle diamonds mined in the state’s north. You see it in the soaring lobby of stone and light, a nod to the spectacular Karijini gorges of the Pilbara. And you see – and taste it – in the hotel’s food and drink offerings. At Hearth, West Australian ingredients are deftly cooked over fire to create a new kind of (West) Aussie barbeque, while the cocktails at rooftop bar Songbird are named after birds of Western Australia. 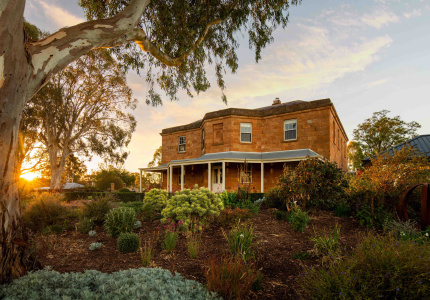 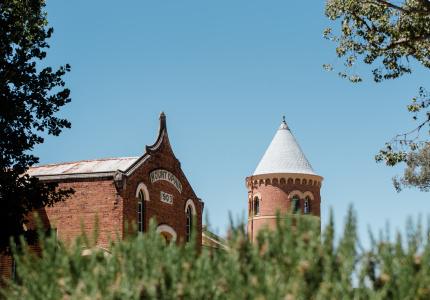 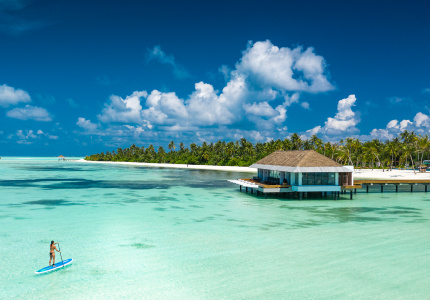