This umami-rich ingredient can impart a complex flavour like nothing else, which explains why we’re seeing it on more and more menus. But what makes this condiment so special? 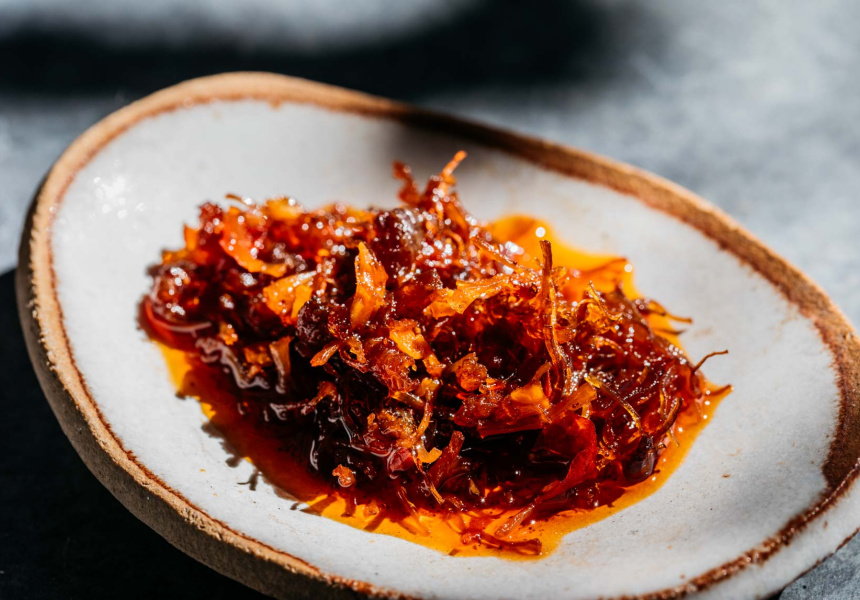 They’re just two little letters, often denoting a hug and a kiss at the end of a birthday card, but seemingly overnight they’ve started appearing on some of our favourite menus and in many of the country’s best restaurants. So what exactly is XO sauce, and how did it so quickly become one of the food world’s most delicious acronyms?

Despite XO’s mystique and its ubiquity across Cantonese menus, this chilli-tinted oil dotted with flecks of dried scallop, cured ham and garlic is a relative newcomer, even in its native China.

While identifying the actual restaurant that birthed the textural sauce is the subject of furious debate (one likely candidate is the Spring Moon restaurant at the Peninsula hotel in Hong Kong, but there are reports of other high-end Cantonese restaurants in Kowloon at the same time), it certainly first appeared in Hong Kong in the 1980s. Named after XO cognac – where those letters stand, ironically, for “extra old” – because the rich sauce is filled with costly ingredients, it quickly became synonymous with decadence, and spread like vibrantly spiced oil across south-east China.

In Australia, XO began to appear in Cantonese diners in the 1990s, gaining popularity as a result of its appearance at Melbourne’s iconic Flower Drum and Sydney’s beloved Golden Century, among other noteworthy establishments.

Golden Century’s pippies in XO sauce (which you can make at home using this recipe) became instantly iconic. In fact it’s one of the dishes the restaurant can’t take off the menu and is still one of the city’s most beloved, with a following that’s said to include New York chef David Chang of Momofuku Seiobo, Rihanna, Lady Gaga and, of course, post-shift chefs.

“Our head chef, Uncle Hung, brought his own XO sauce recipe over with him [from China], making small batches in a large wok,” says Golden Century’s Emmy Wong. “It takes time and care to make.”

Victor Liong of Melbourne’s Lee Ho Fook, where XO is stirred through scallop and blue swimmer crab fried rice, agrees: “If you muck it up, it’s an expensive mistake.”

That’s because XO is made with some luxe ingredients, including dried scallops, squid and shrimp, along with a Chinese ham called Jinhua ham, which is similar to good-quality jamon and prosciutto. The ham isn’t cheap, and the dried scallops can set you back $300 a kilo. (And that’s just the financial expense; it’s also a labour-intensive dish. It doesn’t take hours, but it involves many steps including soaking, steaming, wok frying and refrying.)

When Sydney’s General Chao opened in early 2019, it offered six kinds of XO with differing grades of luxury – it now offers three. One of those was the outrageously fancy “New Style Super Premium XO” which included black truffles, Tasmanian abalone, and gold leaf. “We want to take XO sauce to the next level,” chef Son Sewoo says.

But XO isn’t just about exxy ingredients – fresh and dried chillies, shallots and garlic are also mixed in. The chilli isn’t meant to smack you in the face, but to impart a smokiness, zing and help intensify the flavours.

Dan Hong, head chef at Sydney Chinese restaurant Mr Wong, says the dried seafood element in XO makes the condiment a great match for fresh seafood. He serves it with pippies (a classic pairing), as well as mud crabs and rock lobster. “It accentuates that delicious seafood flavour,” he says.

In recent years XO has stretched its umami-filled arms beyond the woks of our most popular Chinese restaurants. Melbourne’s Bar Liberty serves XO pippies with savoury doughnuts, and Matti Fallon was repping the sauce with clams, garlic shoots and spring onion pancakes at Broadsheet Kitchen in 2019.

As with any broadly adopted culinary import, familiarity has also led to extensive reinvention. Vegan variations abound, such as at Adelaide’s Shobosho and Melbourne’s Cheek.

Others substitute the dried seafood with meat or fish, including salami (Continental Deli, Sydney), leftover charcuterie (Summertown Aristologist, Adelaide) and, in a move characteristic of seafood master Josh Niland, the heart and spleen of a bass grouper has been used at (Saint Peter, Sydney).

Despite its “extra old” etymology, XO has become an international classic in a few short decades, as likely to be found on a breakfast menu in a contemporary local cafe as it is in a white-linen Cantonese restaurant. Not bad for two little letters.

Some noteworthy XO purveyors include: 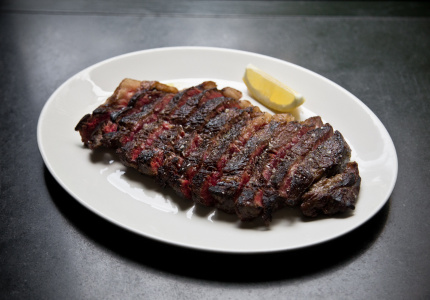 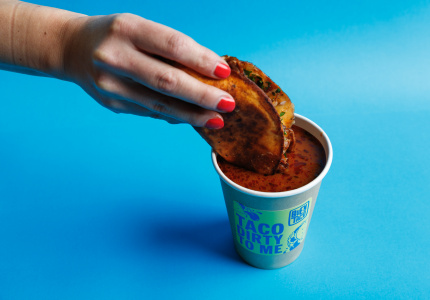