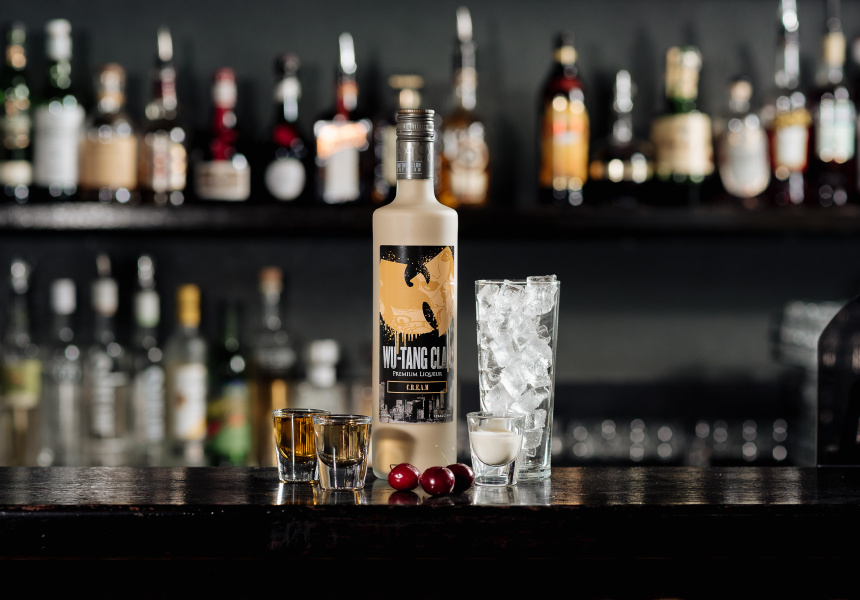 Australia has an interesting new entrant to the drinks market: The Wu Tang Clan.

The drinks are the brainchild of Divas Beverages, a suburban Melbourne-based company founded in 2011.

Divas Beverages general manager Daniel Kwort told Broadsheet the brand was keen to release a new drinks range, and “saw a gap in the Aussie market for an iconic music collaboration. It doesn't get much bigger than the Wu-Tang Clan, so we thought we'd reach out and see if they were keen to partner on a local liqueur range.”

Kwort says that while flavours were developed in-house, Wu-Tang members were involved in “creative development.”

“RZA actually led the design of the bottle label which is emblazoned with the iconic Wu-Tang Clan logo,” he says.

"We wanted to acknowledge the legendary track ‘C.R.E.A.M’ – hence the introduction of the namesake flavour. Wu-Tang Clan C.R.E.A.M is perfect in a cocktail or on the rocks," Kwort says.

While the drinks were unavailable at the time of writing, a media release accompanying the launch describes the C.R.E.A.M flavour “as a perfect blend of fresh cream with nutty tones and nougat.”

“The O.G., Wu Tang Clan Original, is a classic drink, made with the latest distilling techniques. Ideal mixer to bring the ruckus to almost any cocktail and is perfect for jelly shots,” continues the release.

For the time being, the drinks are only available in Australia. Members of the Wu Tang Clan could not be contacted for comment.