Why Is Mulled Wine a Thing?

So what if it’s popular? It’s the worst, says Broadsheet national editor Sarah Norris. And no amount of hate mail will change her mind. 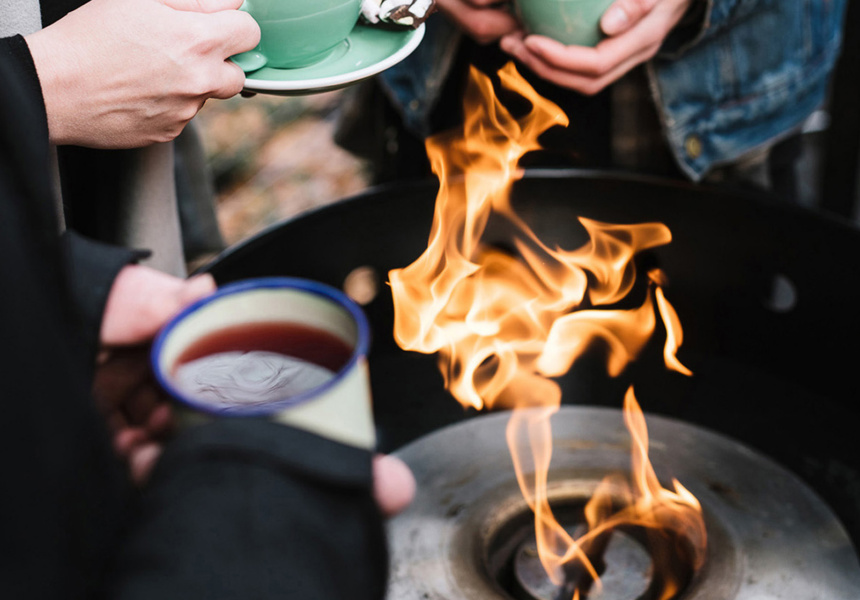 Or rather: “I have some oxidised, past-its-prime wine and I’m going to conceal that fact by chucking in overpowering spices and boiling it.”

I’ve been trying to prove myself wrong this past month or so by ordering a cup of the red-wine concoction whenever I see a hand-written “mulled wine” sign plonked near the cash register.

I still haven’t found a good one. They all have the same things in common – most notably an overly boozy taste. If you took a sip of the supposedly festive drink, then lit a flame and blew, it would ignite. At least, that’s how it feels.

Then there’s the overpowering hit of cloves, star anise and cinnamon. These are ingredients that benefit from restraint – restraint always flagrantly ignored by nefarious mulled-wine makers.

And then there’s that rude hit of sugar reminiscent of visits to the Easter Show, where suddenly it was okay with parents for us to stuff big wallops of sugar-laden treats into our mouths – overly saccharine things such as giant puffs of fairy floss. Mulled wine is exactly like that.

I was ranting about all of the above the other night at a dinner. My spray was overheard by Brendan Hilferty, whom I’ve come to refer to as The Authority On the Myriad Problems With Mulled Wine.

For 25 years Hilferty has been a sommelier, wine retailer, wholesaler, writer and enthusiastic consumer of vino. He runs Sparrow & Vine, which makes very drinkable wine in South Australia but also in small quantities in a warehouse in Sydney’s Marrickville. As if by some freak turn of fate, smack bang during my mulled-wine exploration phase, he appeared and was able to explain succinctly that there is, in fact, a scientific (scientific!) reason for my dislike of mulled wine – those potent alcoholic fumes.

Hilferty says those heady, boozy notes appear when you heat alcohol, so when the wine is warmed, those volatile compounds of alcohol are triggered and accentuated, and alcoholic vapours are released. Some people also add brandy – often the cheap, nasty stuff – which doesn’t help the matter.

“Mulled wine might warm those tootsies but having to deal with dragon breath and a car crash of spice – maybe sticking to straight pinot is a better idea,” he said, and I triumphantly agreed.

Why take something as delicious as red wine – wine that’s often taken teams of people and lots of money and years to produce – only to funk it up?

“If you’re going to stick cinnamon, cloves and star anise into your wine, starting with a delicate Mornington Peninsula pinot noir isn’t a great idea,” Hilferty says. “But using bad, particularly oxidised wine, isn’t either. Once that vinegary taint is in there, adding orange zest isn’t going to make it go away.”

Truer words have never been spoken.

Some people may reluctantly concede these points, but cling to the position that mulled wine makes sense when it’s extremely cold and you need to warm up. I say put on an extra jumper and buy some gloves.